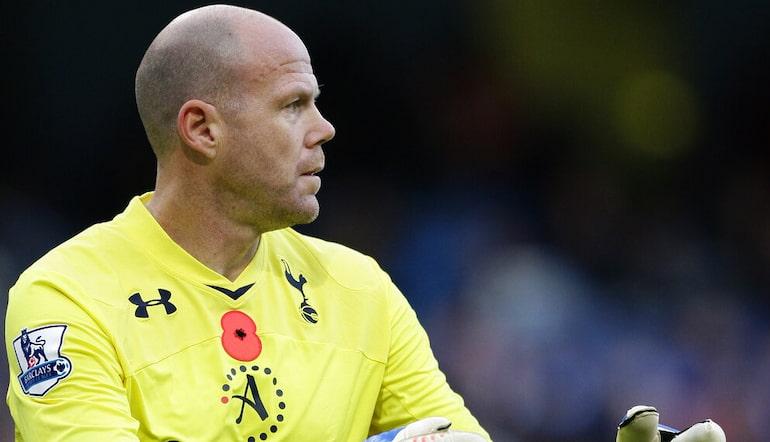 According to the towering American however, he and his three illustrious peers must now take a back seat to Liverpool’s Alisson Becker, as the top-flight’s GOAT.

“Alisson is way up there. People could think he’s the best of all time and have an argument for him. Others may think it’s Schmeichel, or Seaman, or Van der Sar: they’re all in the conversation and it comes down to who you like.

"But I would not argue against someone thinking he is the best ever.”

It is high praise indeed for the Brazilian stopper who ironically faces stiff competition for the crown from a current rival and fellow countryman, Manchester City’s Ederson. How does Friedel rate one against the other?

“They’re different keepers and I would put Alisson ahead slightly. Ederson is better with his feet. He’s special with his feet; superb. Alisson is probably a touch better with shot-stopping overall. They’re the same on crosses and one-on-ones.

"Maybe Alisson is a larger figure and has a bigger presence but with Ederson I turn on the TV to be entertained by a goalkeeper and it’s not often you can say that.

"I like watching goalkeepers, don’t get me wrong, but I turn on the TV wanting the ball to go to his feet. I want to see how composed he is. I want to see him hit a seventy-yard pass on a dime. He’s fun to watch.”

Now 51 and coaching in the US, Friedel was part of a vanguard of overseas keepers who came to the Premier League and elevated the position, initially with Liverpool in the late-Nineties before committing to longer stints with Blackburn, Aston Villa and Tottenham.

Still loyal to all four, for his first club he has retained a good deal of affection, and clearly it is a source of frustration to the Midwesterner from Ohio that the Reds have managed just a single title success during a period of sustained excellence under Jurgen Klopp, losing out by a single point on two occasions.

“The Premier League title is hard to win, especially when you’re going up against a team like Manchester City.

"So, I wouldn’t say it would be a let-down if Liverpool don’t win it this season but of course they will really, really want to lift that trophy. They’re so close and they’re so good.”

For Liverpool to go that extra yard they will need a watertight defence and they certainly have that. They will require firepower to spare and in Salah and co they have that too.

In midfield though there have been suggestions from some quarters they appear a touch light in numbers, with a notable drop-off in quality should injuries hit their first choice of Fabinho, Henderson and Thiago.

It is a concern shared by their former shot-stopper, who is aware that the Reds are second best in Premier League odds ahead of 2022/23.

“If Liverpool went through the whole season with no injuries and no suspensions in midfield then they’ll be okay. But that usually doesn’t happen.

"Now that Mane is out and Nunez is in, I think Jurgen Klopp and his staff will be focusing on midfield, that’s where they’ll be looking, but it will take a special player to come in, because he will have to be better than what they have or younger with the potential of being better.

"I don’t think Jurgen Klopp will need the fans or me to tell him that. I think that’s a fair assessment of where things are. If they endure a season like a couple of years ago where their midfield is depleted like their defence was, then it will be hard for them."

Switching our attentions to Tottenham, Friedel’s estimation of what they can achieve in seasons to come is both reasonable and thought-provoking. 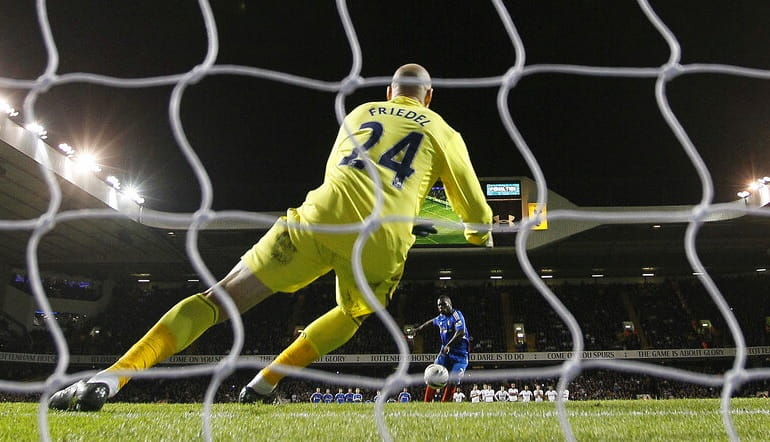 “Success for Spurs over the next few years is to continue getting into the Champions League. If they can have that one remarkable season where they win the league because everything falls into place then that would be incredible.

"The club is that desperate to win a trophy that I don’t think it matters if it’s the League Cup, or FA Cup, or Premier League.

"The job that Conte has done since he’s come in has been great to watch. A lot of it is defensive but tactically his teams are set up so well and the players are behind him.

"The effort that they put out is tremendous and what he got out of Son this past year is remarkable.

"They have so far got some business done early, which is not something Spurs usually do and this reflects a good relationship between the sporting director, Conte and the board.

"So, the signs look good but it’s essential they stay in the top four because that gives them a budget to build.”

And what of Tottenham’s number one, their French international who was Friedel’s direct successor in North London. Clearly, Hugo Lloris has a big fan in his former team-mate.

"Lloris has had an incredible career and has been at Tottenham for over ten years now. I think people around the game respect him highly.

"He is very calm, reliable and consistent, a good team-mate and quiet leader. He’s humble and you know exactly what you’re going to get with Hugo.

"He has played in some of the very biggest games, both in club football and internationally, so you have an unflappable goalkeeper who occasionally pulls off a spectacular save.

"If he does make a mistake, he’s experienced enough and has the mentality to deal with it very well.”

Ending our conversation with Aston Villa, a club Friedel made 114 appearances for, the obvious jumping-off point is Steven Gerrard, the Villans coach who first broke through as an emerging talent at Anfield when the American was also establishing himself as a force to be reckoned with.

Was Stevie G always destined to become a gaffer due to his driven personality?

"When Steven Gerrard was a teenager he was a leader by example on the field. Then I left and played against him many times and he became a very vocal leader on the field, as he matured and got better and better in his own game.

"I think Gerrard Houllier had a lot to do with that, molding him into not just a great player but a great person of football.

"When he was young it was obvious he had what it took to become a great player. Then he became an on-field general, so to speak, so yes, as the years went on you could tell that he had the makings of a very good manager.”

Which perhaps is coming to pass, and what’s more, he is a good manager who has been well backed this summer by a club with serious ambition. With this in mind, what would constitute a successful campaign for the Villans in 2022/23?

"Top six would be tough, with all the quality teams in the Premier League. Top ten is achievable. I don’t know what the remit is from the board but he is the type of manager to financially back, and give him the tools to succeed.

"He could be one of the very best managers and players really enjoy playing for him.”