Real Madrid vs Barcelona is the biggest rivalry in Spanish football. In terms of stadiums, who comes out on top in the Camp Nou vs Santiago Bernabeu debate? 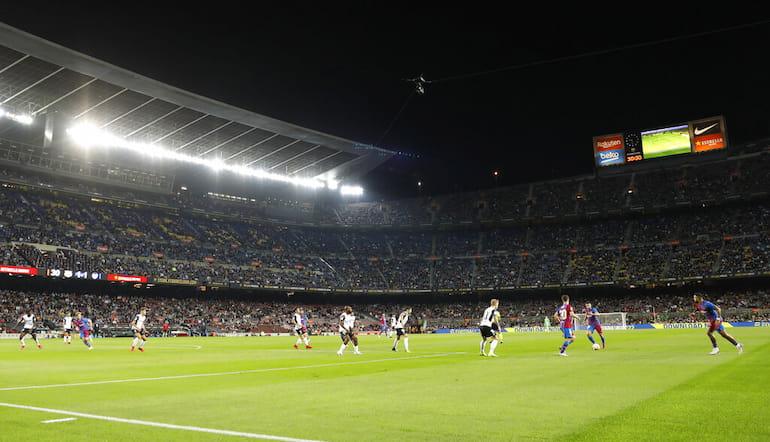 Football expert @SamRCox_ looks at the Camp Nou vs Santiago Bernabeu debate. Which stadium ranks as the best in Spanish football?

Barcelona and Real Madrid are the two great forces in La Liga odds. They have combined for 61 league titles, and the Clasico rivalry is among the fiercest on the planet.

Both clubs have stadiums befitting of their stature. Just as it has been Pep Guardiola vs Jose Mourinho and Lionel Messi vs Cristiano Ronaldo, one can’t help but wonder about Camp Nou vs Bernabeu.

Each fixture between Real Madrid and Barcelona is a massive betting occasion. These are two of the most valuable and recognisable sports franchises in the world.

Their home venues are just as famous as the players which pull on the white of Real or the blue and garnet of Barca.

Capacity Through the Years

As of June 2022, the Camp Nou has the fourth-largest capacity of any football stadium in the world at 99,354. The Bernabeu ranks 19th with 81,044, just behind the Stade de France and ahead of Moscow’s Luzhniki Staidum.

The standing capacity was also boosted by around 16,000, taking the stadium’s total capacity to over 120,000.

There has been considerable variation in Camp Nou’s capacity since it was first used in 1957.

Plans for the stadium’s 50th anniversary in 2007 were set to increase capacity to 105,000, which would have made it the third-biggest football stadium in the world. 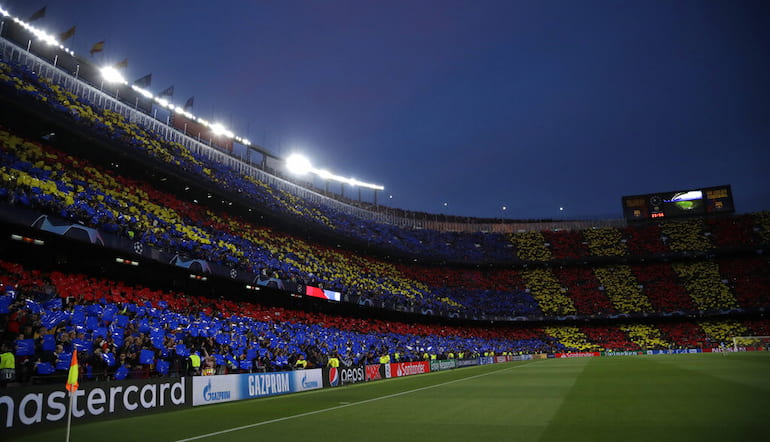 Turmoil at the club and various delays mean that expansion is yet to be completed, but the hope is that the Camp Nou will be up at that 105,000 figure by 2024.

Remarkably, the Santiago Bernabeu has an even larger record attendance. Real Madrid’s home welcomed almost 130,000 fans for a clash with Milan in 1959.

When the Bernabeu first opened a couple of years after the Second World War, the capacity was 75,145, though under 28,000 of those attending had seats.

Less than a decade later, the capacity was increased significantly to reach 125,000. Little changed at the Bernabeu until the 1982 World Cup, when major improvements were required. The capacity reduced to 98,000.

The Camp Nou and Santiago Bernabeu are undergoing considerable renovations. These historic sporting arenas are being brought into the 2020s with vast amounts of money being spent on improving every area of the stadium.

These changes won’t necessarily alter what you see when following on SPBO live, yet it will massively improve the spectator experience at the Camp Nou and Santiago Bernabeu.

We’ve already touched on the capacity increase that the Camp Nou is getting, but there’s also a green touch to the changes being made.

The entire third tier of the stadium is being reconstructed, and 30,000 square metres of solar panels will be added to a mammoth retractable roof.

Rainwater will also be collected and recycled on site. These alterations will change the entire look of the Camp Nou.

While this modernisation will not be to everyone’s taste, there’s no question this is an improvement to a stadium which has become a bit rough round the edges.

The rest of the site will be changed, too, with the addition of a hotel and ice rink. Barcelona will play one season at the Olympic Stadium, which is no more than a couple of miles away, while these renovations take place. 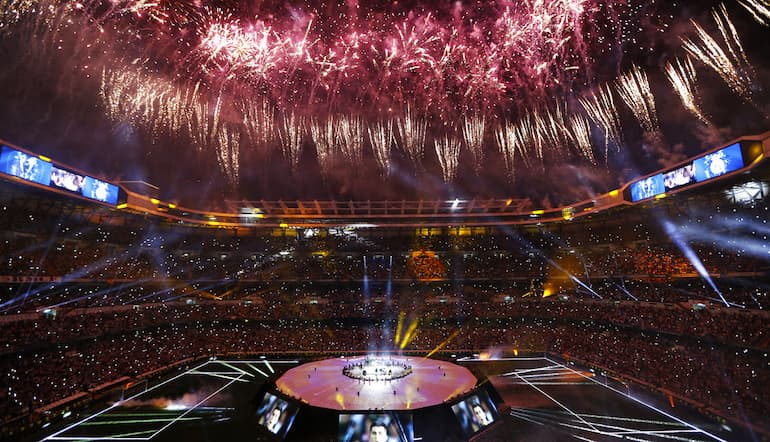 Real are being every bit as ambitious with their Bernabeu makeover. A silver, steel wraparound façade will completely alter the look of the stadium.

Like the Camp Nou, the Bernabeu will have a retractable roof to ensure all seats can be covered. There is an extension to the museum, and a cutting-edge 360-degree scoreboard. A dedicated eSports area will be created, too.

The rivalry between Real and Barca spreads beyond La Liga predictions. There’s a degree of one-upmanship even in their stadium investment.

It’s no surprise that the Camp Nou and Santiago Bernabeu have been picked to host various significant fixtures over the years.

Beyond Champions League knockout clashes and La Liga Clasico showdowns, the two stadia have been used for international tournaments and continental finals alike.

The Bernabeu hosted three matches in the European Nations’ Cup in 1964, including Spain’s win over the Soviet Union in the final. The Camp Nou had the other semi-final and the third-place playoff between Denmark and Hungary.

More recently, they were the two main venues for the 1982 World Cup. The Camp Nou hosted four matches through the first two rounds, and saw Italy beat Poland in the last four.

The Bernabeu witnessed Spain lose to Germany and draw with England in the second round before welcoming Italy and Germany for the final, which the Azzurri won 3-1. 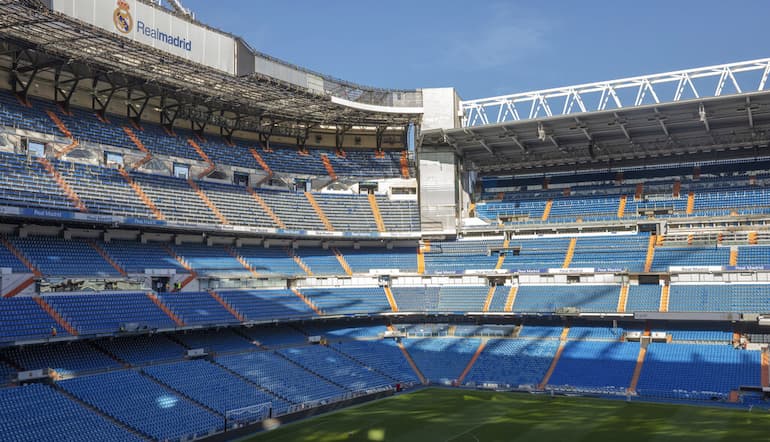 Real’s stadium has been used for four European Cup and Champions League finals, the most recent of which was in 2010 between Bayern Munich and Inter.

Away from fixtures involving teams from the top five leagues in Europe, both the Camp Nou and Bernabeu have been venues for numerous high-profile concerts and events.

The Bernabeu was even used for the 2018 Copa Libertadores final, and the Camp Nou set the record for attendance at a domestic rugby union match in 2016.