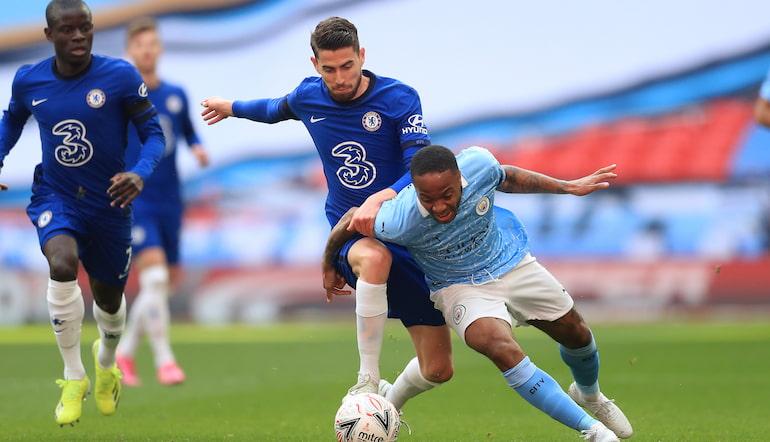 The Champions League betting favourites for much of the season, it’s no surprise to see Manchester City here.

For Chelsea, though, this represents a phenomenal turnaround. Thomas Tuchel took over a team sliding towards mid-table. They have seen off both Madrid clubs and Porto to reach their third Champions League final.

Chelsea dismantled Real Madrid in the semi-final. Across the two legs, there was a chasm in expected goals between the two sides.

Only poor Chelsea finishing saved Los Blancos from an historic drubbing. Such wastefulness in the final third cannot continue in the final, though, against a Manchester City who will not give up anywhere near as many opportunities.

City were not quite as dominant as the Blues, but there’s no question they were the better side. PSG could not cope with the sheer talent of Pep Guardiola’s team.

Phil Foden has ascended before our eyes, quickly becoming an integral piece for City. Where Real Madrid were torn apart by Chelsea on the break, City are better equipped to cope with such transitions.

City will have the favour with most expert correct score prediction sites. There’s good reason for that, of course, but it’s hard to ignore Chelsea’s wonderful performances of late. Tuchel schooled Guardiola in the FA Cup semi-final, too.

These are ultimately too well-matched teams. These are two master tacticians at work, beginning what could be a long-running rivalry at the top of English football.

Both squads are laden with elite talent, and for all the excitement about the young players, there’s plenty of big-game experience across the 30 or so players who could feature.

Their previous meeting just gives Chelsea the edge. While bookies will not agree, there’s got to be value backing the Blues after their demolition of Real Madrid.

Champions League Final Bet of the day: Chelsea to win (3/1)

Alex McMahon: Bayern Munich were a cut above their European rivals last season but the chasing pack may catch up with the Bundesliga giants in 2020/21.

Liverpool finished 18 points clear of MANCHESTER CITY (4/1) in the Premier League but the Blues are my pick to go and claim their first Champions League success.

Pep Guardiola’s recent record in the competition has come under scrutiny but the City boss is entering the final year of his contract at the Etihad Stadium and could go out on a high.

Champions League winner odds have City as joint-favourites alongside Bayern and, with some luck on the injury front and a couple of signings, Pep’s men look primed for European glory.

Yes, City were comprehensively beaten by Lyon in last season’s competition but the Premier League giants will learn a lot from that defeat.

With players coming back from injury and a hunger to succeed at the highest level of European football, City will take some stopping and Pep’s side will be popular in 888 football predictions.

Sam Cox: It feels boring to say BAYERN MUNICH (4/1) will defend their Champions League crown, but it’s very hard to look past the Bundesliga champions.

Loaded with pre-peak talent and with Robert Lewandowski showing no signs of decline, the Bavarian superclub are going to take some stopping this term.

Bayern are the 4/1 joint-favourites at the time of writing, and they’re well deserving of that status. The price might seem short in a knockout tournament, but they’re better value than Manchester City at the same price and PSG at 6/1.

Away from the favourites, Atletico Madrid look a decent option at 30/1. The 2019/20 season was difficult for them, and they struggled to score goals, but they knocked Liverpool out of the Champions League and remain a tough team to beat.

That price seems generous given Chelsea are 17/1 and Barcelona are 15/1.

Champions League Bet Of The Day:

The Champions League is the biggest club competition in sport and plenty of punters will be looking for free football betting tips on Europe's showpiece tournament.

With our 888 prediction expert picks service, you're in the right place for Champions League betting odds.

With the likes of Real Madrid, Liverpool to win Champions League odds and Barcelona thriving in this competition in recent years, football fans will be keeping a close eye on these teams in Champions League expert picks in the coming months.

888sport is the place to be for free Champions League predictions - Europe's elite club competition is one of the most popular tournaments with football punters.

Let's get down to business - it is time to check out our top 888 tips and Champions League betting picks. With a bit of luck, our daily football betting tips could give you an edge.