Tony Incenzo provides his 2022/23 Championship preview - who wins the title? Who finishes at the top scorer? Find out here 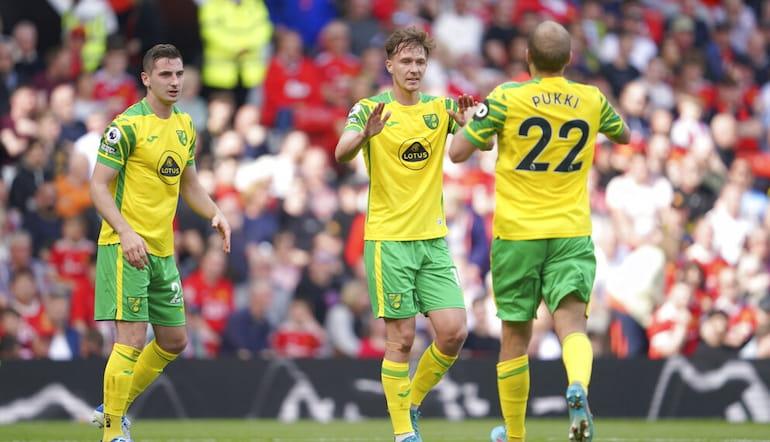 Join Tony Incenzo (@TonyIncenzo) for his 2022/23 Championship preview - who will secure promotion to the Premier League?

THE Championship fixtures were released on Thursday and this is always a really exciting day for any football supporter’s calendar.

Nowadays of course, full details of each club’s fixtures are instantaneously plastered all over the internet.

However when I was growing up in the 1970’s, it was quite difficult to source information regarding the team I have eternally supported – Queens Park Rangers.

I would listen to the sports bulletins on my local radio station LBC for any QPR mentions on fixtures day morning. But with a dozen London clubs to cover, they would usually only have time to read out the first couple of matches scheduled for August.

I wanted to know more! I desperately wanted to digest all of my club’s games! So I would invariably telephone Loftus Road and the receptionist would patiently read out the entire list of fixtures for me whilst I studiously scribbled them into my diary.

Then during the afternoon, I would nip out to buy the excellent Evening Standard newspaper which would have a two page spread outlining all the London clubs’ schedules for the season.

Anyway having fully analysed the 2022/23 fixtures that have now been announced, here are my tips for teams to watch in the Championship during this forthcoming season:

I was really surprised when Burnley sacked popular manager Sean Dyche in April after 10 years with the club. But the gamble almost worked.

Kompany to Burnley has yet to be confirmed but the Man City legend's appointment is imminent.

✍️ Here's @SteTudor123 on the move and why he can - given time - be a success at Turf Moor.https://t.co/swSbMSZwGk

There was an immediate upturn in results under interim boss Mike Jackson with three victories and a draw. But this improvement subsided again in their winless final four games and the Clarets were relegated from top flight football.

Now that the charismatic Vincent Kompany has been confirmed as the new man in charge, Burnley can look forward to a strong season in the Championship.

The owners of newly relegated Watford change their managers very frequently so it was will be interesting to follow the progress of the recently named head coach Rob Edwards - their eighth permanent appointment since the start of 2018.

He performed very nicely in the hot seat at Forest Green Rovers last season, helping the Gloucestershire club secure promotion to League One for the first time.

It is a huge step up to the Championship for Edwards but I have a feeling he will do really well.

Another relegated team. In fact, Norwich are becoming a yo-yo club after finishing bottom of the Premier League twice in three seasons having previously gone up as winners of the Championship.

This will probably be another promotion winning season for the Canaries thanks to the steely determination of boss Dean Smith and they are currently sports betting favourites to go back up.

The Terriers side were really unlucky to miss out on promotion when they were narrowly beaten 1-0 by Nottingham Forest in the Championship Play-Off Final at Wembley Stadium.

Some controversial decisions went against Huddersfield during that showpiece occasion. But with a decent rub of the green this season, I am sure Carlos Corberán’s men will be competing at the business end of the table once more.

I always acknowledge that The Blades have some of the Championship’s most fanatical supporters.

I saw them play at Loftus Road at the end of April and the travelling fans seemed to suck the ball into the net during a pulsating 3-1 victory.

That backing will greatly help another good campaign for Sheffield United along with the deep thinking approach of boss Paul Heckingbottom.

Yes I might be a little bit biased here as it is my team! But I am really excited about the appointment this month of Michael Beale as the new head coach.

He has a burgeoning reputation in coaching having previously been a great assistant to Steven Gerrard at Aston Villa. If the R’s can recruit a couple of fleet-footed strikers then I am hopeful they can make a big impact this season.

For what it's worth, QPR are priced at 8/1 in 888sport's football betting odds to clinch promotion.

The flying Finn is totally prolific. The fact that he still notched double figures last season when Norwich struggled at the foot of the Premier League shows his undoubted prowess.