Would Vincent Kompany Be A Success At Burnley?

The Belgian has been linked with the Burnley job - but will the Manchester City legend succeed at Turf Moor? 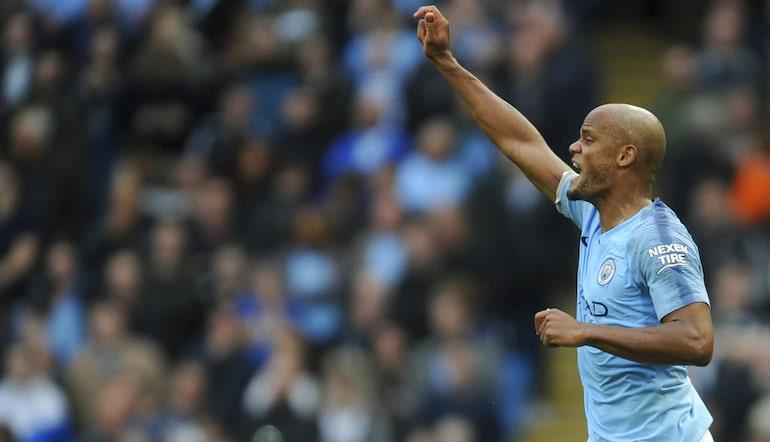 It is no surprise to see Vincent Kompany returning to English football, this time in a managerial capacity. The raised eyebrows come from the destination and timing.

When the former Manchester City defender hung up his boots in the summer of 2019, it was widely anticipated that his career path post-retirement would mirror that of another Premier League legend, Patrick Vieira.

First off, the Belgian would earn his coaching stripes abroad, as Vieira did at New York City in the MLS, followed by a decent spell at Nice.

For Kompany this meant a sustained tenure at Anderlecht, the club where it all began for him and there in the Belgian Pro League, away from the brightest spotlights, he could make his mistakes in the technical area and learn how to implement his ideas into a disparate squad of players.

Should he prove to be successful, even to a certain degree, then surely, with his stature, and contacts, and potential, interest would come from the top 5 leagues in Europe and very likely a Premier League outfit, mid-table or below.

This is precisely what happened with Vieira and Crystal Palace and to date it’s an arrangement that is working extremely well for both parties. All the shrewdest football bets back the Eagles to soar next term.

For the first three years after departing the Etihad as a bona fide legend the game-plan played out exactly as expected, even if initially there was one hell of a hiccup.

In Kompany’s inaugural campaign with Anderlecht he oversaw a disastrous start, the club’s worst for over two decades and this resulted in the four-time Premier League winner having serious doubts about his coaching credentials.

Thankfully a recovery of sorts followed, with the Purple and Whites finishing fourth in 2020/21. This season just gone, they came third while altogether appearing to be a much more coherent proposition.

So far therefore, so straightforward, only then – seemingly out of the blue - Burnley came onto the scene, offering Kompany the hot-seat involuntarily vacated by Sean Dyche and to the surprise of many, the 36-year-old willingly accepted the opportunity, officially leaving Brussels via an emotionally-worded statement.

As per the BBC, talks have been ongoing between the Clarets and their respective new gaffer and supposedly the only reason it remains unconfirmed to date is due to red tape, with a work visa now required post-Brexit. It is said to be a routine procedure and his appointment is all-but-inevitable.

All of which leads us to two very pertinent questions, the first being whether this colossal figure, who for many years skippered one of the most successful clubs in England, has bitten off more than he can chew at too early a juncture in his managerial development.

Having just endured relegation to the Championship, Burnley are a club in need of severe overhaul and that’s just on the pitch.

Off it, they are in a financial mire, obliged to imminently pay back a sizable chunk of a £65m loan, a sum that will unquestionably wipe out Burnley’s parachute payments and then some.

Furthermore, a second query arises, as to whether Vincent Kompany and Burnley football club are a good fit for one another?

Let’s start with that conundrum first because when adhering to stereotype it instinctively feels like the pair are somewhat of a mismatch with Burnley famously favouring a direct and combative style of football while Kompany – a noted devotee of Pep Guardiola, who refers to his former charge as the ‘professor’ – is an unswerving advocate of possession-based football with a defence that plays out from the back.

So far therefore, so not-so-straightforward, yet scratch a little deeper and we find that Burnley’s new owners prescribe wholly to data and analytics regarding player recruitment with an overall blueprint designed around developing young talent and selling them on for a profit. This is entirely within Kompany’s wheelhouse.

A natural-born leader, who was always a great FPL captain pick back in his playing days for the manner in which he would influence proceedings, the Belgian loves working with emerging talent and bringing them through.

Indeed, the chief reason for Anderlecht’s initial and hefty stutter was a direct consequence of Kompany’s dedication to youth as he immediately set about dramatically lowering the average age of his new team.

In the opening weeks alone he either gave debuts to, or brought back into the fold, 13 players who were all under the age of 23 and if this was in hindsight too broad a change, too quickly then hopefully lessons will have been learned.

As for recruitment, as opposed to development from within, again Kompany comes to the fore, with a contacts book and a stature – an important consideration when attracting new players – that is the equal of anyone. 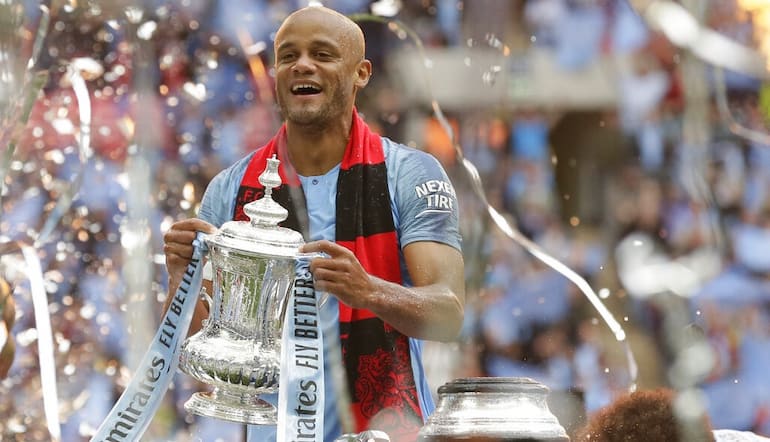 Already we are seeing the Clarets heavily linked with Manchester City’s bright defensive prospect Taylor Harwood-Bellis wholly because of their incoming boss. The England Under 21 captain would absolutely thrive in the second tier.

If all this suggests that Kompany and Burnley would both swipe right on a dating app what of the mess that awaits the new manager? Has the former Belgian defender bitten off more than he can chew when he is essentially still learning his trade?

To a large extent, only time will tell on this, yet it certainly feels like a risk. And his well-laid plans and career trajectory wasn’t supposed to contain any long shots.

It's a risk because frankly Burnley cannot afford to hang around in the Championship for very long at all, and their necessity to again feature in the Premier League odds the season after next completely contrasts with the gradual, sensible evolvement they are bringing Kompany in to administer.

A culture change takes time, and the Clarets don’t have a great deal of that.

As for the man at the helm, from a personal perspective this is a move that is entirely logical for the popular Premier League great. His wife and extended family are all from Manchester and he retains strong links to the North-West.

From a professional standpoint however, that incremental rise to the top of the managerial tree is sure to be accelerated, one way or another.