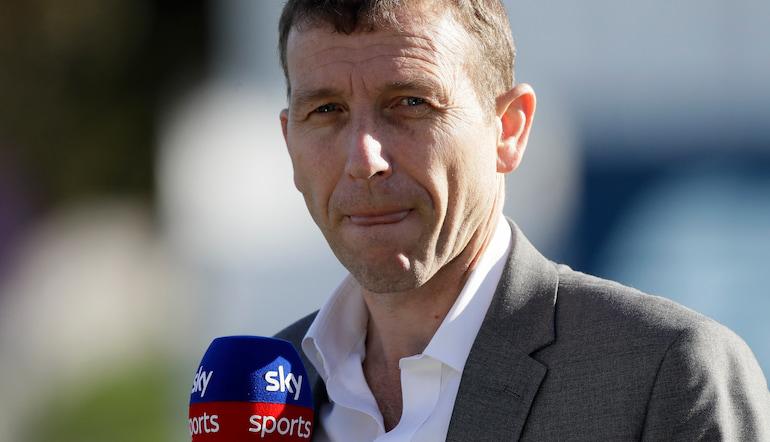 Cricket commentary comes in many different forms. Any regular surveyor of cricket betting odds will be well aware of the different formats of the sport.

Informing and entertaining a Test match audience is not the same as keeping up with the crash-bang of T10 or the Big Bash.

The best cricket commentators mix insight with humour, and they are masters of knowing when not to speak.

Their predictions might not always be useful for cricket betting tips, but they enhance the viewing experience. Test match cricket, in particular, needs good commentary.

As the broadcast rights have been spread across various platforms, many different media companies have built their own cricket commentary teams.

Sky Sports are the gold standard of cricket coverage. There has been gradual change of late, with the old guard of David Gower and Ian Botham no longer working alongside Nasser Hussain, Michael Atherton and Michael Holding.

David ‘Bumble’ Lloyd, Hussain, Atherton and Holding are the four predominant voices of English summers. Ian Ward’s role has grown since Gower departed, while Rob Key is a popular and entertaining pundit.

Ebony Rainford-Brent and Ian Bishop were present for some of the 2020 season. Wasim Akram joined for the Pakistan series.

Sky will usually have at least one commentator from the nation England are facing. Shane Warne and Ricky Ponting have taken this role on in past Ashes series (though Warne is often featured in other series too).

Other greats of the game including Shaun Pollock, Kumar Sangakkara and Ian Smith have sat alongside Lloyd, Hussain and Atherton for series featuring their respective nations.

Talksport is the biggest sports radio network in the UK. Cricket has not always been a priority, but they have begun to acquire rights to England matches over the last few years.

Back in 2019, Talksport won a Sports Journalist Association award for their coverage of England’s 2018 tour of Sri Lanka.

The radio giant secured rights for England’s 2020 tour of South Africa. Darren Gough, a Talksport regular, was involved, but they also brought in a raft of new voices to partner with some experienced broadcasters, including the brilliant Mark Butcher.

Butcher, 2005 Ashes winner Steve Harmison, Gareth Batty and Alex Tudor are all Talksport regulars, though Harmison and Butcher regular appear on Sky, too.

Kevin Pietersen has been used by Talksport in the past, notably including England’s previous trip to South Africa.

Pietersen splits opinion as a pundit, but having once been arguably the best cricketer in the world, he has a wealth of experience to draw on.

Former England wicketkeeper Matt Prior has been an insightful commentator on Talksport previously, too. Mark Nicholas, commentator for some of England’s finest moments, has worked with the station in the past.

Talksport’s coverage has received mixed reviews from cricket fans. It’s yet to find its niche, lacking the quirks of Test Match Special and without the in-depth analysis of Sky Sports (which is obviously much harder to do on radio).

It’s a long, long time since Test match cricket was shown on BBC.

The Hundred, if it ever happens, is due to be shown by the national broadcaster, however, and the BBC’s radio coverage has remained even with others now competing more for the rights.

There’s been some turnover in Test Match Special’s regular commentators over the years. Simon Hughes, Henry Blofeld and Ed Smith no longer feature, though Jonathan Agnew and Simon Mann remain.

Alison Mitchell, Kevin Howells, Charles Dagnall, Daniel Norcross, Isa Guha and Henry Moeran are all frequently heard on TMS. All have joined since 2007.

The role of summariser is every bit as important. Geoffrey Boycott’s career has come to an end, but the wonderful Vic Marks remains alongside Phil Tufnell, Michael Vaughan and Alec Stewart.

Like their competitors, the BBC will also use a mix of guest summarisers and commentators for different series.

For instance, Adam Collins and Jim Maxwell featured during the Ashes, and Glenn McGrath was famously on air as Ben Stokes broke Australian hearts at Headingley.

Channel 4 won rights for the India versus England series at the last minute. Their match commentary has been courtesy of the host broadcasters, and the whole production has clearly been put together last minute.

For such a rushed situation, they’ve done pretty well thus far. Alastair Cook has a heavy burden to carry as the only studio analyst, but England’s leading run scorer has been superb.

Cook’s knowledge of the modern game is second to none – he gives a more balanced outlook than some of his older peers.

Isa Guha, Kate Cross, Alison Mitchell and Ebony Rainford-Brent are the most frequently heard female cricket commentators in the UK.

Former England captain Charlotte Edwards has worked for Sky Sports, and brings incredible knowledge of the international game, having led England to multiple Ashes wins and world titles in both limited overs formats.

Mitchell has been commentating on international cricket since 2007. She was the first woman to be a regular on Test Match Special, and also worked with BT Sport for the 2017/18 Ashes series down under.

Rainford-Brent was heard throughout the 2020 summer on TMS and Sky Sports. The former England international went viral with Michael Holding for their emotional and powerful piece on racism in cricket.

Cricket Betting
Cricket Tips
About the Author
By
Sam Cox