Danny Murphy EXCLUSIVE: Mo Salah Is Worth Every Penny Of His New Bumper Contract

888sport chat to former Liverpool midfielder Danny Murphy, who says Mo Salah is well worth the money for his huge contract extension 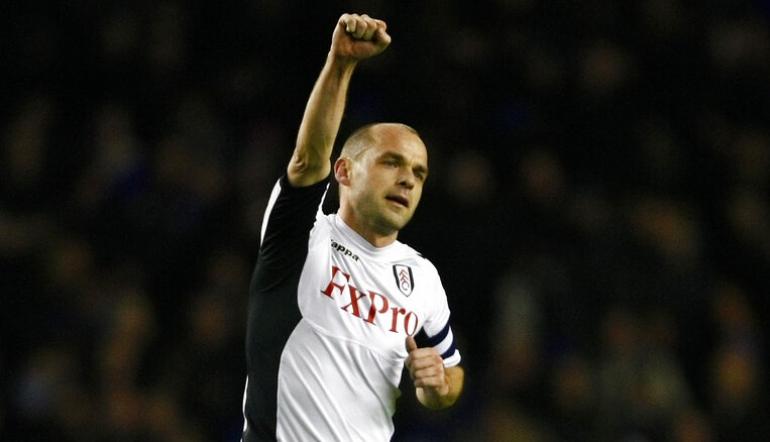 Former Liverpool and England star Danny Murphy believes the Reds have been ‘shrewd’ in agreeing to Mo Salah’s contract demands, with the alternative a far more expensive option.

"After Mane left, keeping Salah became very important for the club. To lose both would have been a huge blow and I don’t think Salah is the kind of player who will fall into a comfort zone and drop his levels just because he’s got more money.

"He’s got plenty anyway and he still keeps scoring a stupid amount of goals and playing to a high level. So, I’m not concerned about that.

"From a business point of view, I think it’s really shrewd because even if it was the four hundred grand a week that has been reported in certain parts of the press, you’re talking twenty million a year.

"If you’re trying to bring in someone to replace the goals that Salah scores that’s going to cost a lot more than twenty million and that’s before you start on the wages. So, keeping him makes sense."

If retaining a striker who has scored 128 Premier League goals since joining in 2017/18 was ultimately an easy decision for Liverpool, then replacing the nearly-as-prolific Sadio Mane was an essential measure.

Step forward, Darwin Nunez, a forward who has already proven his worth many times over for Benfica.

Yet, though the Uruguayan hit-man will no doubt find the net regularly in English football, is there a danger he might initially need time to settle, with time being a commodity the Reds can ill-afford as they prepare to once again chase down a near-perfect Manchester City? Murphy thinks not.

"You obviously don’t want a slow start from Nunez but it’s not as important as it could have been and that’s because of Jota, and also Luis Diaz.

"Diaz looks settled in his new environment. He isn’t fazed by the pressure. He has all the attributes that endear him to fans with that mixture of quality and work ethic, which is crucial at Liverpool for Jurgen Klopp.

"So, there is an expectancy on Nunez, and excitement to see him, but with the strength in depth up front now it’s not crucial that he flies from the start."

While their £85m man has naturally dominated the headlines this summer, another new striking option arrived at Anfield relatively unheralded, with Fulham winger Fabio Carvalho joining for a nominal fee.

Having spent five years at Craven Cottage in the late-2000s and still possessing an emotional attachment to the club, Murphy has closely watched the teen come of age in recent seasons.

"This lad is a talent. He always wants the ball and he’s a lovely technician. I don’t think Carvalho is going to be eased in.

🔴 I really think Fabio Carvalho might surprise a few people this season.

His talent is clear and he'll be hoping for a strong pre-season at #LFC.

With five subs in the Premier League, he should get a fair few minutes when the season begins.https://t.co/iA19nxeHv7

"I think he’s going to feature a fair bit because this lad can play. We obviously talk about the big names because they have come for big money but we will see more of Carvalho than you think."

If Klopp’s squad is well stocked with attacking talent, its midfield is arguably one top-class player short ahead of a long and demanding campaign, or at least that is the view of many Liverpool supporters, excited to see their club linked to England’s prodigious Jude Bellingham.

The Match of the Day football pundit however, suspects they may need to show a little patience.

"I get the impression that Jurgen Klopp is happy with his lot for the moment.

"Longer term they will be looking at someone like Declan Rice to replace Jordan Henderson and he is someone who undoubtedly has the quality to play anywhere in that midfield. 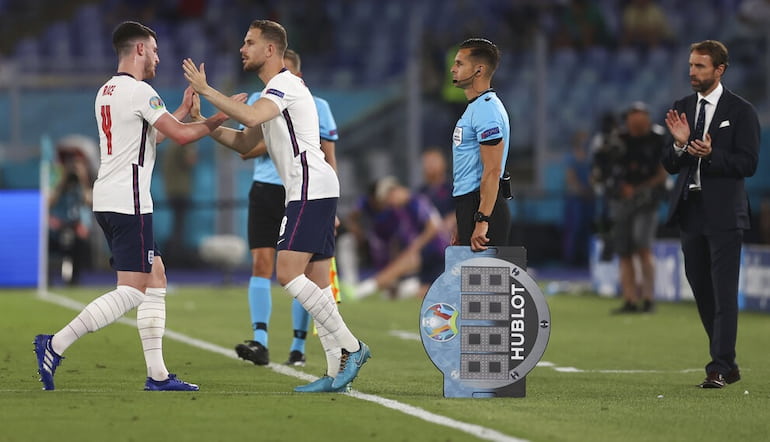 "Also, Jude Bellingham is a wonderful talent who can play anywhere in the middle of the park. Would he add quality and competition? Yes.

"I think Bellingham will be courted by lots of clubs and Liverpool aren’t daft, they will be keeping an eye on the situation."

At least as the situation slowly develops, Liverpool fans have their Spanish maestro Thiago to enjoy, spraying passes long and short.

Having played a similar role for five different top-flight clubs across a long and illustrious career, Murphy knows all-too-well how difficult it is to create in tight spaces.

"Thiago impressed me when I first saw him playing at Barcelona and he has never stopped impressing me. I’m a midfielder and I love watching midfielders play progressive football.

"His best asset is his courage on the ball. He will take it in any pressurised situation and get you higher up the pitch.

"A lot of people think that every player has that courage but I’m telling you now, that’s the hardest thing, to keep getting on the ball and keep making things happen against any opposition, against any tactics designed to stop you.

"He is never going to out-jump you or out-run you, or smash you in tackles, but he will out-think you and out-play you, and out-manoeuvre you. I imagine he’s an absolute nightmare to play against."

If the 45-year-old Talksport pundit is clearly an admirer of Thiago Alcantara, the same can be said of Richarlison, the forward who this week joined Tottenham, another of Murphy’s former employers.

The Brazilian is a divisive character perhaps, but Murphy believes he has all the attributes to succeed in North London.

"I’m a fan of Richarlison. He’s a winner. He has fire in his belly and he plays with passion. He falls around sometimes and goes down like a sack of spuds and I don’t like that about him but I’m sure Conte will have that out of him.

"But I love his endeavour and his willingness to get in behind and chase players down. I think it’s a clever signing because he’s hungry and he reminds me of Conte in his attitude. He doesn’t care who he upsets, he just wants to win."

Mention of Conte leads us to Spurs’ chances this season, especially after a busy transfer window has seen them add strength in depth to an unquestionably fantastic first eleven.

Might they even challenge at the very top this term?

"If you’re a Tottenham fan you’ve got to be delighted because they’re having a real go. They’re not going for players who are 32 from Juventus. Bentancur was 24. Bissouma is 25. Romero – who is a really good player – was 24.

"They’re looking to the future for sure. But I don’t think the Tottenham hierarchy or Conte will realistically think this season they can mount a title push. In seasons to come, who knows."

Premier League Tips
Liverpool
About the Author
By
888sport