The Greatest Darts Matches Of All-Time 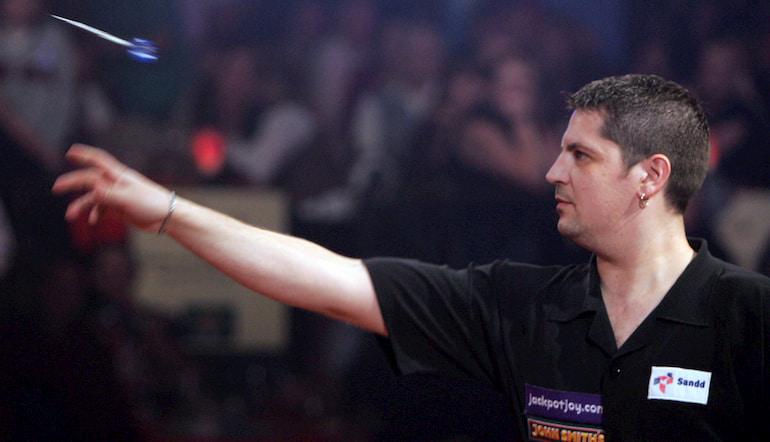 Darts is now one of the most entertaining spectacles in sport.

It has gone from being a pub game to a fully functioning sport in a relatively short amount of time and millions of people around the world tune in every week to watch the 2020 Premier League Darts.

Fallon Sherrock sent shockwaves across the sporting world back in December 2019 as she became the first female player to win a game at the PDC World Championship.

Her impact and influence on the biggest stage of all only helped to increase darts’ reputation.

Sherrock’s achievements will go down in history and her victory over Mensur Suljovic will surely rank as one of the greatest darts matches ever in years to come.

For now, let’s look at the current list of the best darts games of all-time…

We simply have to start with that clash between Taylor and Van Barneveld in the 2007 PDC World Championship final.

Trailing 3-0 early on, Taylor rallied to level the scores at six sets apiece – the 2007 final was going to a deciding set.

The Circus Tavern went wild as Barney celebrated a famous success – it was the perfect way to sign off at the venue before the tournament moved to the Alexandra Palace.

To this day, most fans believe that this is the greatest darts match in history.

This was easily the most exciting match in Grand Slam of Darts history – Lewis and Taylor combined for a sensational 32 maximums.

Lewis finished the match with a 110.99 average while Taylor recorded 109.46; the fans were treated to a top-class spectacle.

Taylor himself stated that he felt that this was the best he had ever played – the match will certainly live long in the memory.

He eventually secured a 16-9 triumph over his darting protégé but Lewis wouldn’t have to wait too long to get revenge.

Van Gerwen was incredible in 2015, winning a range of major tournaments including The Masters, UK Open, World Matchplay and Grand Slam of Darts.

Going into his clash with Van Barneveld, the world number one was unbeaten in over two months…

The 2007 champion secured a shock triumph, snatching a 4-3 victory in front of a jubilant Alexandra Palace crowd.

Van Gerwen averaged a staggering 105.78 but it wasn’t enough to defeat a spirited Van Barneveld on that occasion.

Van Gerwen set a new record for the highest televised average, recording a colossal 123.40 against Smith in the 2016 Premier League.

The Dutchman almost clinched a 7-0 whitewash but missed a chance at double 18 to secure the sweep.

Bully Boy admitted afterwards that he was second best from the beginning – Van Gerwen was just too good on the night.

The world number one is still the best darts player in the business and many believe he ranks above Taylor as the greatest of all-time.

This game will live long in the memory with darts fans all over the world.

Anderson came out on top in one of the greatest televised darts finals, with the Scotsman joining Phil Taylor and Michael van Gerwen as the only players to win the darts Triple Crown.

Both players topped the 100 average mark and recorded 14 maximums apiece.

Suljovic was crestfallen at the end but the Austrian will be proud of his involvement in what is widely regarded as the best match in World Matchplay history.