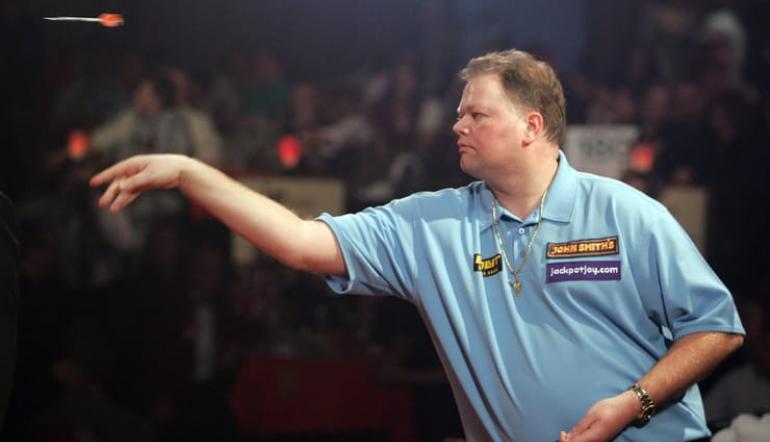 Without a doubt, darts is one of the most exciting sports on the planet. With major tournaments taking place on a regular basis throughout the year, it is one of the only sports without an extended break - which is great for punters looking at darts betting tips.

The rise of darts from pub game to global phenomenon has been something to behold. It has been fantastic to watch the sport evolve over the years – most of the greatest darts matches of all-time have taken place in recent times.

Hundreds of fabulous players have blessed the oche over the years but only 10 can feature on our list of the greatest darts players of all time. Without further ado, let’s take a look at these tungsten stars…

With approximately £3 million earned in career prize money, Lewis deserves a place on this list.

Although some will argue that Lewis’ time as one of the best players in the world is now over, he still deserves plenty of praise for his darting achievements.

A controversial inclusion. Adams has played in the BDO for the majority of his darts career – his decision not to switch to the PDC on a permanent basis was heavily criticised.

Sadly, we will never know just how good ‘Wolfie’ could’ve been. However, Adams was the star of his generation in the BDO and he should be remembered for his achievements.

With an impressive three Lakeside world titles, Adams is up there with the likes of Eric Bristow and John Lowe but we’ll get onto those two shortly...

A true darts icon, Wilson was one of the sport’s greatest personalities.

An all-time favourite with crowds all over the United Kingdom, Wilson is remembered for his antics at the oche, from his famous darts walk on song to interacting with darts fans on stage.

However, it wasn’t all fun and games for Wilson; he did get serious occasionally. The darts lingo banter was fun but Wilson knew when to put his game face on.

During his illustrious playing career, Wilson won two world titles in 1982 and 1989. Wilson was one of the most memorable players to throw a dart and his legacy lives on.

Had it not been for Taylor, Priestley could have gone down as one of the top three darts players ever.

Instead, he ranks seventh in our list. To sum up Priestley’s career; he averaged 101.4 when losing to Taylor in the 1996 final.

Taylor and Priestley were the only players to average 100 or more in the World Championship showpiece until Raymond van Barneveld in 2007.

With two World Championship Darts final wins under his belt, as well as two Premier League titles, he more than holds his own at number six on this list.

He fell short time and time again in the BDO but has really raised his game in the PDC, with a number of impressive records, results and accolades.

At his brilliant best, Anderson is quite possibly the only player on the planet who can outscore Van Gerwen.

Lowe was the first player to win the World Championship in three different decades and that is testament to his longevity at the top of the sport.

While not massively exciting on the oche, Lowe was consistent and effective – two traits needed to be successful in darts.

And boy, was he successful. One of the most famous darts terms players of his era, Lowe won three BDO world titles in 1979, 1987 and 1993, as well as winning the World Masters crown twice.

However, his most memorable moment was when he became the first man to hit a nine-dart finish on television in 1984.

The top four are some way clear of the rest. Bristow, known on stage as the Crafty Cockney, was the equivalent of darts royalty in the 1970s and 1980s – winning five World Masters titles and five World Championships during a whirlwind decade.

Unfortunately, dartitis struck and ended his spell at the top of the game.

Bristow deserves to go down as one of the greatest ever players and his influence in promoting darts in the aftermath of his playing career only enhances his status with darting fans across the world.

Darts followers often turn up to events in the famous orange clothing to show support for the Dutch player and ‘Barney’ has been involved in some of the most famous Premier League Darts moments.

After winning four BDO world titles in a seven-year stretch, Van Barneveld made the choice to switch to the PDC.

In 2007, he beat Phil Taylor in what has been labelled as the greatest darts match ever. Van Barneveld’s legendary status will live long in the memory.

The best player in the world right now, Van Gerwen has the potential to challenge Taylor’s spot at the top of this list. You don't need to be a darts terminology expert to realise that.

MVG won the World Masters at just 17 years old and he has been one of the greatest players in the business ever since. With an incredible 32 major PDC titles, Van Gerwen enters most tournaments as an odds-on favourite.

Excluding the Champions League of Darts, he has won every competition at least twice and is just 28 years old. In terms of actual ability, he might even be better than Taylor.

Taylor’s longevity keeps him at the top of our rankings for the time being. He is the nine dart finish king.

Without a doubt, the undisputed best darts player ever to step on the oche, Taylor has a sensational 16 PDC World Championship titles to his name and his place in darts history is now set in stone.

He won his first major trophy in 1990 and his final title in 2017 and he ranked as number one in the world for the majority of that time.

Taylor’s tally of 85 major titles is still some way clear of Van Gerwen and he is worthy of his status as our undisputed best ever darts player.