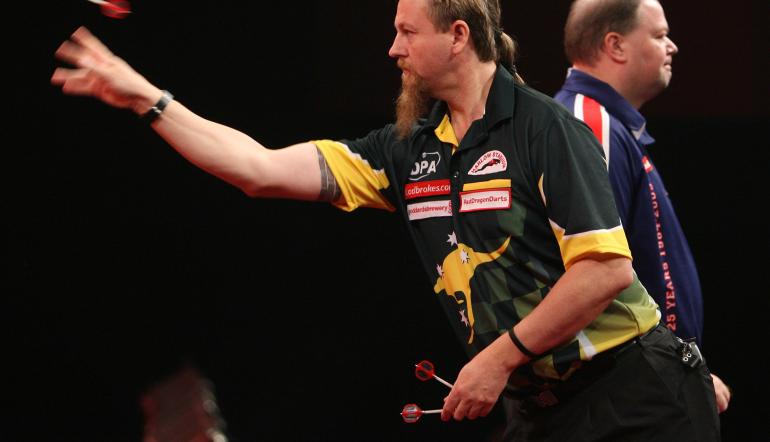 Thursday nights were made for Premier League Darts. The 2020 tournament gets underway on February 6th and will run until Finals night on May 21st.

2019 winner Michael van Gerwen is a popular pick in darts betting odds at 10/11 but punters may wish to look elsewhere for value ahead of the competition.

This is one of the most popular tournaments on the darts calendar and fans will be tuning in weekly to watch the best players in the world compete over the 16-week regular season.

As always, we should see lots of drama and famous Premier League Darts moments over the course of the 2020 tournament.

Without further ado, it is time to take a look at the 2020 Premier League competition. We’ll cover everything from players involved and Premier League Darts betting odds to the arenas and venues involved.

So what are you waiting for, scroll down now and get involved ahead of Thursday’s opening night.

Organisers have confirmed that the Premier League will follow a Challengers format in 2020 – with nine different players competing at various venues for the first nine weeks.

You can find a list of the Premier League Darts challengers below:

Phil Taylor is the most successful player in Premier League Darts history with six titles, though Michael van Gerwen can equal that tally in 2020. Should the Dutchman emerge victorious, he will become the first player to win five Premier League titles in a row.

Two-time Premier League Darts champion Gary Anderson holds the record for most 180s in a single game with 11 against Simon Whitlock in 2011. Fans may expect that record to fall in 2020 and darts betting odds will probably suggest a high-scoring year.

We’ve had eight nine-dart finishes in the Premier League since its formation in 2005, with Taylor, Raymond van Barneveld and Adrian Lewis combining for seven of those. The only other player to hit a nine-dart finish in this tournament is Simon Whitlock.

Michael Van Gerwen is one of the best darts players of all-time and he deserves his place at the head of the darts betting odds for 2020 – most fans will expect the Dutchman to challenge for Premier League Darts supremacy this year.

At 10/11 in the betting, he is rather short though and punters looking for value may wish to look elsewhere.

9/2 for Peter Wright looks reasonable considering his efforts at the PDC World Championship a couple of months ago.

The newly crowned world champion continued his fine start to 2020 as he added the Masters title to his trophy cabinet last weekend – you’d be hard pressed to find a player in better form than Snakebite.

At the prices, it is worth taking a chance on Michael Smith. Bully Boy had a solid chance in the Masters final but crumbled under pressure; he is on the verge of a major scalp soon though.

If the stars align, the Premier League Darts could be Smith’s time to shine and that 14/1 could be one of the darts betting picks of the year.

In terms of the Challengers, Fallon Sherrock will attract lots of attention ahead of her Night Two appearance in Nottingham.

Sherrock was one of the stars of the World Championship this year and her impact on the big stage will hopefully inspire more women to get involved in darts in the coming years.