Derek Chisora is one of the top British fighters but how much is Chisora worth? Check out our Derek Chisora net worth guide... 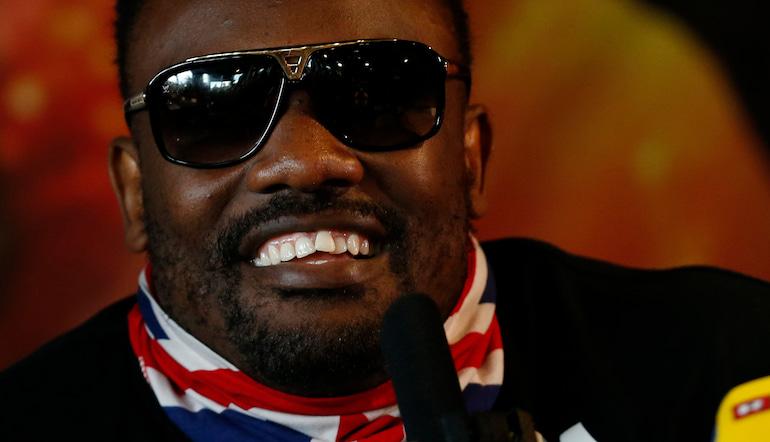 Derek Chisora is one of the biggest names in British boxing. Del Boy has been a key figure in the sport since beating Istvan Kecskes on his professional debut.

Never afraid to speak his mind, Chisora is a fan favourite across the world – and he has been involved in his fair share of exciting fights over the years.

If you are familiar with boxing betting, you’ll recognise the name Derek Chisora. His clashes with Tyson Fury, Dillian Whyte and Oleksandr Usyk will live long in the memory.

Usyk vs Chisora was one of the biggest fights of 2020, with the Ukrainian beating Del Boy on points after an enthralling contest.

Without further ado, it is time to get stuck into Derek Chisora net worth numbers. Let’s take a closer look at Chisora’s boxing career and his life away from the ring…

Popular in boxing betting tips for well over a decade now, Derek Chisora has built a strong reputation and he regularly takes home hefty figures on pay-per-view events.

According to various sources, Derek Chisora net worth is an estimated $8.5 million – with most of those earnings coming directly from boxing.

If there is money to be made, you know Chisora will be up for a scrap. A big personality in the sport, Del Boy has earned his opportunity to push for a large pay day.

While this figure is relatively low compared to Tyson Fury and Anthony Joshua, Chisora has made a living from his exploits in the boxing ring.

According to internet sources, Derek Chisora is currently single. He certainly tries to keep his private life behind closed doors these days.

Chisora was previously dating Iranian-born Yalda Kontrachty but that relationship ended on a sour note in November 2010.

Reports state that Chisora has a daughter with an unnamed woman. She resides at Del Boy’s north London home but details regarding the mother are unknown.

One of the fights of the year, Chisora and Oleksandr Usyk went to war in October 2020 and it was a titanic battle from start to finish.

While Chisora started quickly, he couldn’t quite put Usyk to the canvas and the Ukrainian fighter started to take control as the bout went on.

Chisora took Usyk the distance but fell short on all three judges’ scorecards – a fair result given how the fight went. With 10 professional defeats to his name, Chisora may be waiting some time for another shot at a high-profile fighter.

Two of the most dominant British fighters in the heavyweight boxing weight classes, Price and Chisora went toe to toe at the O2 Arena in October 2019.

While you could claim that both men fall just short of world champion level, Chisora and Price are heavyweight journeymen and the former put on a fantastic show.

Chisora unleashed a devastating blow in the fourth round to clinch an early stoppage – much to the delight of Del Boy’s fans across the country.

Chisora and his family moved to London when he was 16 years old before making his professional boxing debut at just 23.

Chisora is as vocal on social media as he is in press conferences and he can be credited with some of the greatest boxing quotes of all-time.

Del Boy doesn’t hold back with his views and he is capable of landing a devastating verbal blow that can put his rival on the back foot before they even step into the ring.

Chisora is also active on Instagram, using the social media platform to push his WAR brand and upcoming boxing fights.