Gareth Southgate has excelled as Three Lions boss but where does he rank against the other England football managers? We look at the England bosses since 1945... 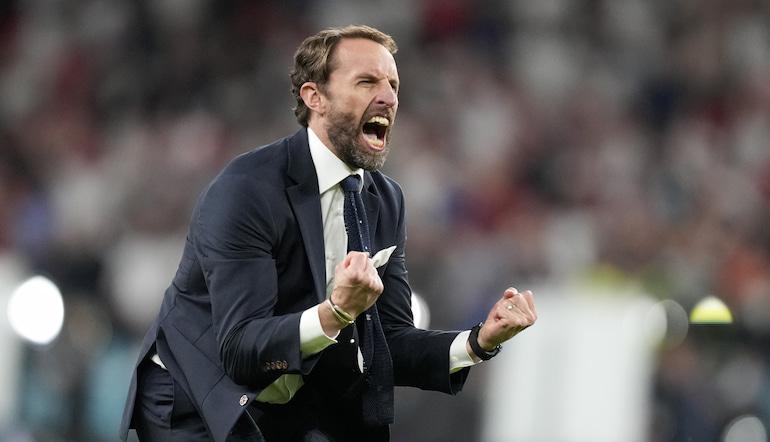 Every few months, English football fans take a break from Premier League Odds odds to focus on the national team. Millions of fans turn their eyes to the Three Lions with high expectations.

Being the England football manager is one the most high-pressure jobs in the world.

Forget competing in the Premier League winner odds; nothing in a title race can compare to the hopes of a nation on your shoulders, to so many people critiquing every squad selection, every XI and every substitution.

Here’s the 15 men who have managed England on a permanent basis since the Second World War.

He ultimately left the job to become General Secretary at Central Council of Physical Recreation.

The most successful football manager in the history of the Three Lions, Alf Ramsey masterminded England’s 1966 triumph.

England won 61.1% of their fixtures during Ramsey’s tenure. Only two managers have recorded a better mark.

While his personality and tactics were not universally loved, that afternoon at Wembley immortalised him in English football.

A popular and exciting appointment, who brought new ideas to the post, Don Revie’s England tenure did not live up to the optimism.

Failure to qualify for Euro 1976 was a bad start. It only got worse – Revie controversially resigned to accept the lucrative job in charge of the United Arab Emirates.

Such was the damage to his reputation, he never managed in England again.

Brought out of retirement as caretaker when Revie departed, Ron Greenwood eventually took the job permanently.

He could not revive their qualification campaign for the 1978 World Cup, but he guided England into the next two major tournaments.

England fell at the group stage of the 1980 Euros and second group phase of the following World Cup.

Failure to qualify for the 1984 European Championships wasn’t an ideal start, but Robson oversaw a rebuild of the England team. Veterans were coming to the end of their careers, while exciting young talents developed.

The ‘Hand Of God’ denied England in the last eight of the 1986 World Cup. The Euros two years later was a real disappointment as England were eliminated after a winless group stage.

Robson then gave the Three Lions their best tournament since 1966, which came to an end with a devastating penalty shootout loss to West Germany in the semi-final.

After the highs of 1990, Graham Taylor endured a brutal spell as England manager.

Knocked out of Euro 1992 in the group stage with just one goal scored, it only got worse from there. England then failed to qualify for the 1994 World Cup after away defeats to Norway and the Netherlands.

It was a widespread search for the new England manager. The FA eventually settled on Terry Venables.

Automatically qualifying for the home tournament in 1996, Venables brought in young players like Gary Neville and Steve McManaman.

England enjoyed a thrilling run to the semi-finals, including magic from Paul Gascoigne and a 4-1 thrashing of the Netherlands.

It was penalty heart break again in the last four, though, and Venables left after the tournament having been unable to agree a new contract.

Once again knocked out of the World Cup on penalties, Glenn Hoddle’s time as England manager was a mixed bag.

He introduced players who had lengthy England careers, but he was also unpopular for leaving out fan favourites like Paul Gascoigne.

Another appointment which was popular with fans and the press, Kevin Keegan’s England tenure was a mess.

Scraping into Euro 2000, the Three Lions were well below par, falling in the group stage after defeats to Portugal and Romania. Keegan abruptly handed in his resignation after a qualifying loss to Germany.

While he took England to three consecutive quarter-finals, Eriksson’s stint is always considered a disappointment. The Swede could never bring the best out of the Golden Generation.

On the other hand, the 5-1 win against Germany in Munich remains one of England’s best nights since 1966.

Cruelly labelled "The Wally with the Brolly" after failing to qualify for Euro 2008, Steve McLaren made some big calls as England manager.

Most of them didn’t work out. The qualification loss to Croatia is arguably the Three Lions’ lowest point of the 21st century.

Fabio Capello’s lone tournament in charge was the 2010 World Cup. England scraped through on the back of some disappointing group stage performances, and lost 4-1 to Germany in the round of 16.

The Italian resigned just months before Euro 2012 after disagreeing with the FA about the decision to strip John Terry of the captaincy.

The decision to hire Roy Hodgson wasn’t a popular one. Many fans and media wanted Harry Redknapp.

Ever the professional, though, Hodgson led England to the last eight of Euro 2012.

Drawn in a challenging group for the World Cup two years later, they were unable to make it to the knockout rounds, but Hodgson kept his job for the next tournament.

A shock defeat to Iceland at Euro 2016 led to Hodgson’s inevitable resignation.

He might not have enjoyed positive results in tournament football, but Hodgson set the foundation for Gareth Southgate’s tenure.

Only featuring as England manager in football bets for a short period, Sam Allardyce’s term was cut short by scandal.

There’s one upside for Big Sam, though. He’s the only England manager (including caretakers) to own a 100% record.

After suffering relegation with Middlesbrough, there was little interest in the managerial career of Gareth Southgate.

A promising stint with the England under-21s and the sacking of Allardyce changed everything for Southgate, who has become England’s second-most successful manager ever.

Sales of waistcoats and searches of Gareth Southgate net worth soared as England made the last four of the 2018 World Cup.

Southgate took England a step further at Euro 2020, with the Three Lions losing on penalties in the final.

International Football
About the Author
By
Sam Cox