England Goalkeepers – Who Is The Greatest Three Lions Keeper?

Who is the best England goalkeeper in football history? From Gordon Banks to Jordan Pickford, we look at some of the top Three Lions keepers... 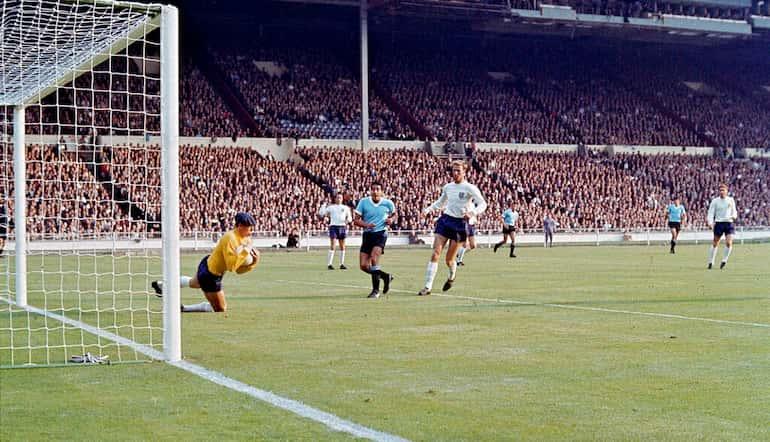 It is a mighty and unenviable responsibility to have a nation’s hopes in your hands but that is precisely what England goalkeepers accept every time they take to a pitch, an obligation that ramps up ten-fold during major competitions.

Thankfully, the Three Lions have been blessed with some genuinely brilliant shot-stoppers down the years, who have stared down the world’s most lethal forwards and had them blink first. It’s about time we celebrated them.

For the first time in a good while, Jordan Pickford is facing some serious competition for the highly prized jersey with Arsenal’s Aaron Ramsdale consistently putting in fine performances for his club.

Since breaking through on the international scene in 2017 and quickly succeeding Joe Hart, Pickford is now widely recognised as England’s established number one, with two major tournaments under his belt and a string of impressive displays to his name.

In July 2021, he set a record for most consecutive scoreless minutes posted by an England keeper, beating a previous best reached by Gordon Banks.

In that same summer he was instrumental in the Three Lions reaching a Euro final, sadly losing out on penalties.

Yet still, the Everton stopper has his critics and doubters, with some questioning his concentration levels and insisting he is prone to mishap. Others meanwhile acknowledge his natural ability and argue he is the most reliable shot-stopper around. 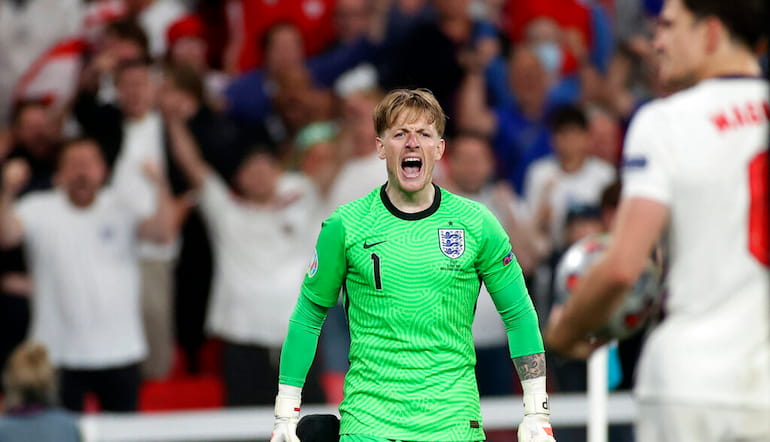 41 caps to date is testament to that while at Goodison he has been indispensable for four years though our Premier League predictions suggest this latest season on Merseyside will be a busy one.

As for Ramsdale, while his international rival was hyped from a young age, the Midlander initially emerged to little acclaim, making his Premier League bow with Bournemouth before being loaned out to Chesterfield and Wimbledon.

A move to Sheffield United saw his credentials rise and a season that earned him the Blades’ Player of the Year award led to a £24m switch to Arsenal.

At the Emirates he is on a fast-track to the top having already secured a reputation as one of the best goalkeepers in the Premier League.

Elsewhere, West Brom’s Sam Johnstone and Burnley’s Nick Pope have a double-figure of caps between them, but each are in their late-twenties and perhaps will always be viewed as dependable back-ups.

Of the other contenders it is Dean Henderson who has the strongest claim for usurping those currently ahead of him in the queue though the 24-year-old must first dislodge David De Gea at Manchester United to have any realistic chance of being Gareth Southgate’s first-choice custodian.

Though 35 clean sheets in 73 appearances is a statistic that impresses it still does not do justice to Banks’ sizeable contribution to English football or properly reflect his immense ability. 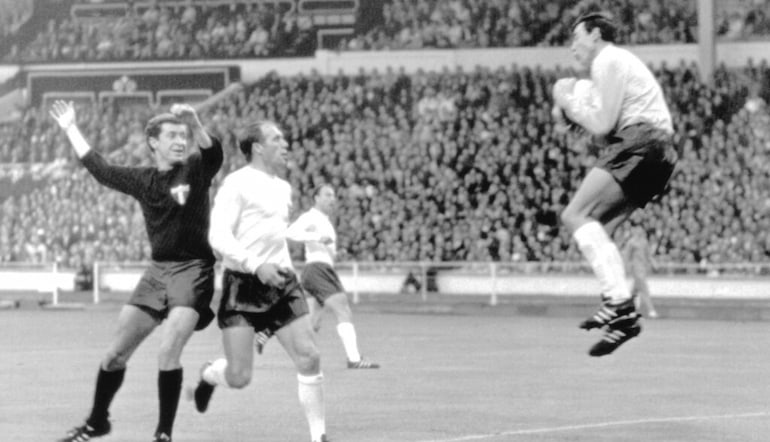 Four years later in Mexico, he flung himself at a powerful header from Pele, somehow pulling off an extraordinary save that has subsequently gone down in legend.

In 2008 the Brazilian unveiled a statue of Banks that resides outside Stoke’s Britannia Stadium. Cast in bronze it is as solid and dependable as he was.

No player has ever represented England more and with 125 caps to his name it’s hard to imagine anyone ever doing so.

A mainstay of the international set-up for two decades, ‘Shilts’ was at the centre of some epoch-defining moments for the national side, namely their exit to West Germany via penalties at Italia 90 and the infamous ‘Hand of God’ incident four years earlier. 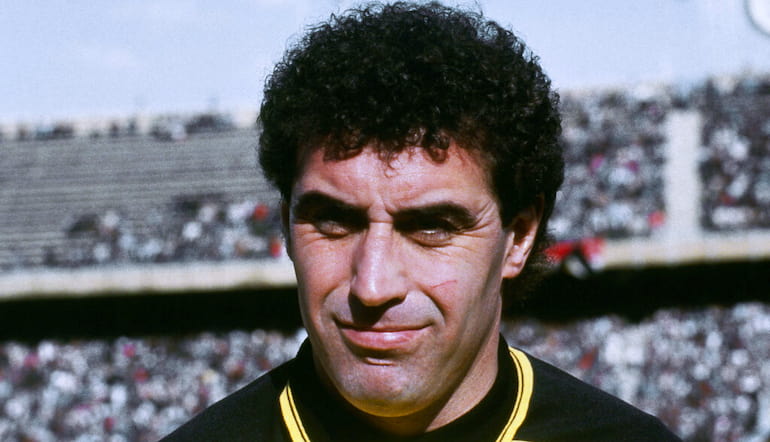 It is regrettable that Maradona’s conniving is what this genuinely great goalkeeper is chiefly remembered for, because in his prime this two-time European Cup winner took his craft to new heights.

Not for nothing was he included in the PFA Team of the Year on ten different occasions.

Football odds price the Gunners as rank outsiders for the Premier League title each and every summer but with ‘Safe Hands’ between the sticks their odds would tumble.

For 13 years, Seaman held sway at Highbury, winning multiple trophies as Wenger’s revolution forever changed domestic football for the better while for England his longevity is admired nearly as much as his exceptional positional sense that meant he rarely needed to resort to the spectacular. 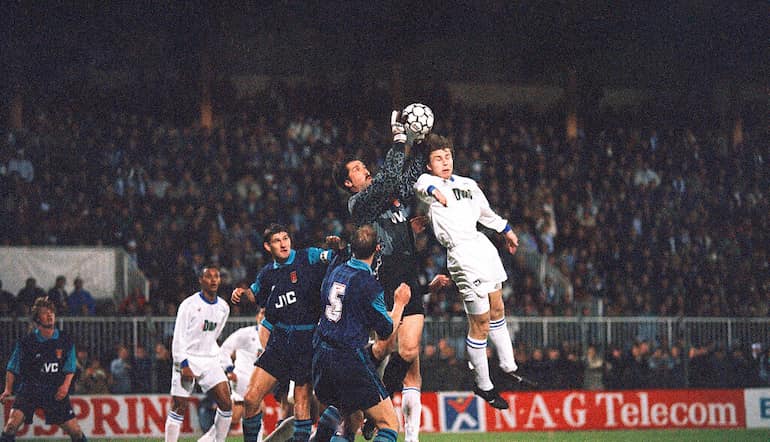 The Yorkshireman with the dodgy ‘tache and ponytail combo started for England at least once for 15 consecutive years and not even Shilton can match that.

Recalled mainly for his penalty heroics at Euro 96 as well as his affable manner that made him a hugely popular figure, Seaman was a perfectly ordinary, yet brilliant superstar.

In any other era, Clemence would have played 100-plus times for England and been regarded as a true post-war great but alas his career coincided with that of Shilton’s.

So it was, these two uncommonly good goalkeepers largely shared the green jersey, with the former Liverpool and Spurs still gaining a thoroughly respectable 61 caps. 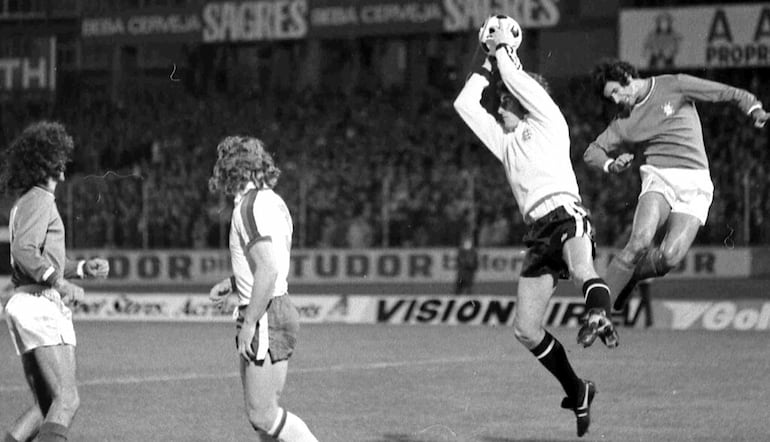 Even so, it is his club exploits that come to mind most, with a trio of European Cup triumphs and five league titles an accurate barometer of his high calibre.

For Liverpool across a dominant period under Shankly, then Paisley, the Skegness-born stopper was rarely less than immaculate.

Our Premier League Odds has Liverpool behind Chelsea and Manchester City for this season’s league crown. They’d be odds-on favourites with Ray in nets.

Hart feels like a compromised pick due to his poor showings at major tournaments and full disclosure, Ron Springett ran him awfully close.

Yet, even if his career has taken a notable downward trajectory in recent years, this is still unquestionably one of the greatest keepers in EPL history, with two league title medals and four Golden Gloves in his cabinet. 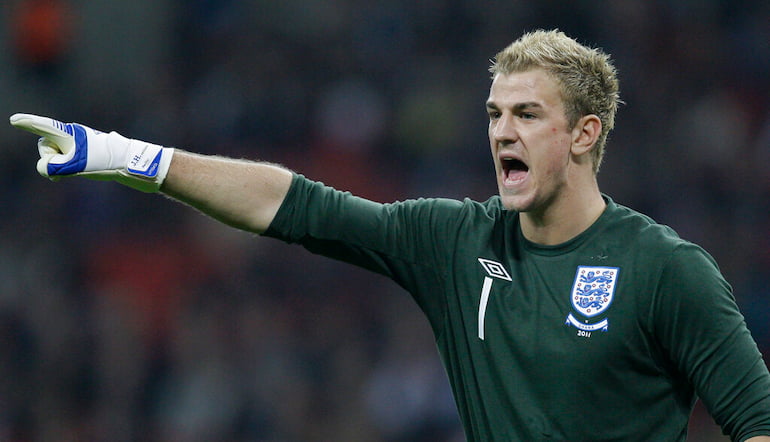 While 75 caps for his country is absolutely not to be sniffed at either.

In his pomp, the former Manchester City custodian was an exhilarating talent, who commanded his area superbly and frustrated the finest strikers around with his athleticism and razor-sharp reflexes.

Football Tips
International Football
About the Author
By
Stephen Tudor