Why We Should Enjoy LeBron James While We Still Can

Quite possibly the greatest player in NBA history, LeBron James is coming to the end of his basketball career so let's enjoy him while we can 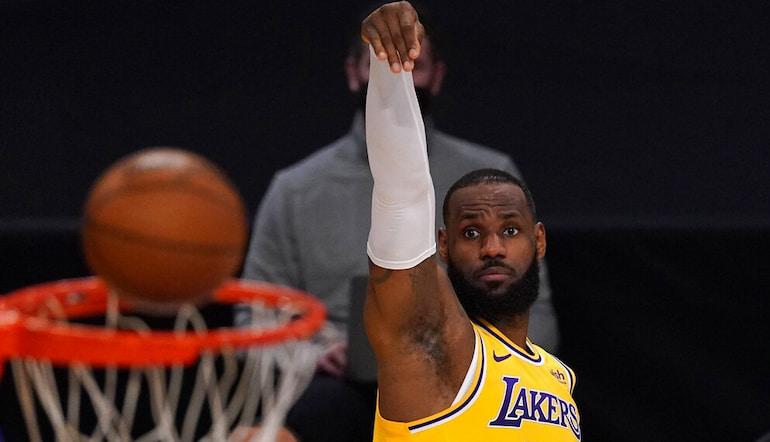 LeBron James is entering his 20th NBA season. He remains an All-NBA calibre player, and one of the top five to eight best players in the league.

Through supreme dedication and investment, James has staved off the mid-thirties decline which has been the demise of so many elite athletes. Injuries have appeared, sure, but the four-time MVP has fought off Father Time like few others have.

Still, this will not go on forever. Each injury risks being what knocks the King off his throne.

Each misjudged Lakers roster move not only hits their basketball betting odds; it also asks more of a player who will celebrate his 38th birthday five days after Christmas.

As The Ringer’s Kevin O’Connor made a habit of saying, don’t take LeBron James for granted.

James continues to produce greatness. The Lakers are only relevant in NBA odds because of LeBron’s presence.

Even on a team low on talent and alarmingly ill-fitting, the four-time champion averaged over 30 points per game last season. In 2022-23, he will pass Kareem Abdul-Jabbar to become the NBA’s all-time leading scorer (providing he avoids injuries).

Usually, the oldest NBA players are in a pseudo-coach role or fulfilling leadership duties at the back of the rotation. A look at where others from the 2003 NBA Draft class are is a reminder of what James is doing.

There is an argument that James defying the ageing curve is the most remarkable achievement in his career outside of three straight wins to close the 2016 season.

He has matched even the loftiest of expectations since being shot to nationwide stardom in his mid-teens. Everything in LeBron’s basketball life has been Hollywood-esque yet refusing to age like mere mortals is perhaps the most surprising turn.

Yes, it has long been known that James is a different calibre of athlete even compared to the near-alien standards of the NBA.

Yes, he is not quite as explosive as he was 10 years ago. But the player we see in 2022 goes against everything the history of ageing in basketball, and the wider context of sport, has taught us.

The LeBron we will see in 2022-23 is not the best player for 82 games, but it’s only two years ago that he put the Lakers on his back in the postseason for a fourth ring.

There are still signs that LeBron can dominate the playoffs if Los Angeles gets the right mix of shooting, defence and playmaking around him.

The Lakers’ track record doesn’t inspire much confidence in that regard, but even so, every LeBron game should be cherished.

These standards will not continue forever as much as it seems like James could continue deep into his forties (which he may well do given his aims to play with Bronny).

We don’t know when the last season of peak-LeBron will be. Maybe the point where he can be the best player on a title contender has been and gone.

Heading into the new season, though, the weight of evidence suggests James is still among the game’s elite, and no basketball fan should take that for granted.

The 2022-23 is not going to be LeBron’s Last Dance, yet it would be foolish to project too far into the future for an athlete at his age. Every dime, every dunk, every spell of locked in defence should be treasured.

Just as past generations gorged on the final great games and seasons of Wilt Chamberlain, Larry Bird, Magic Johnson and Michael Jordan, this is a chance to do the same with a player who (at worst) is the second-greatest in NBA history.