Oldest NBA Players: Past And Present 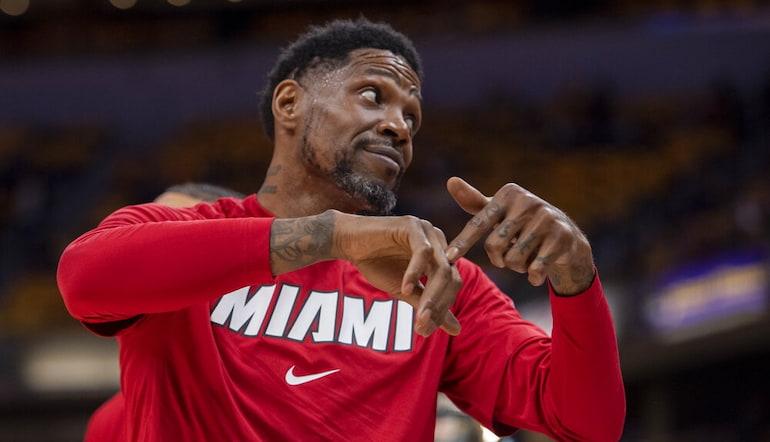 It’s not often a player in their late-30s or forties can impact basketball odds.

The electric pace and required explosiveness make the NBA a young man’s league even though sports science improvements have seen players like Chris Paul and LeBron James flourish deep into their thirties.

NBA betting has changed over the decades. The standards of fitness have improved, of course, but the means for the oldest NBA players to achieve those standards have improved at a similar rate.

Players should never be written off simply because of their age. Several continue to prove that as they play a pivotal role on title challenging teams in 2021-22.

There’s still something impressive about players performing at a high level after so many minutes on the court. Here’s a look at the oldest active NBA players and the oldest of all-time.

Udonis Haslem is the oldest active NBA player. Haslem has played a grand total of 328 regular season minutes since the start of 2016/17, though he’s remained on Miami’s roster as the leader of ‘Heat Culture’.

Although no longer having much of an on-court role in NBA picks and parlays tonight, Haslem’s presence is clearly invaluable to Miami. He sets a standard; he provides a through link between the great teams of Miami’s past and their new-look roster.

Iguodala was teammates with Haslem until this offseason when he swapped Florida for north California. Returning to play for the Warriors, Iguodala is putting in some good minutes off the bench as he pursues a fourth NBA title.

Just as there was a period of doubt about Iguodala’s future in the league, Carmelo Anthony’s career looked it might be over not so long ago. 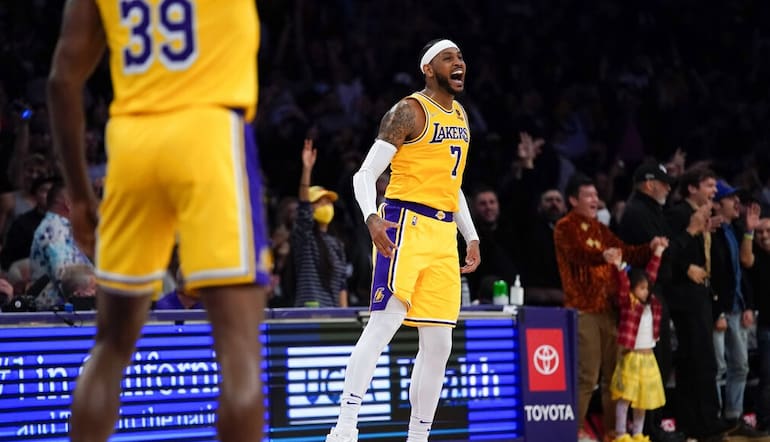 Disappointing stints with the Thunder and Rockets left Anthony out of the league. Portland gave him another chance, though, and Anthony showed a willingness to adapt to a bench role on the Blazers.

Pairing up with his close friend LeBron James in the 2021 offseason, the 10-time All-Star has already been very productive for the Lakers. Anthony has climbed to ninth all-time in scoring.

LeBron remains an MVP contender and one of the best small forwards in the league. He’s closing in on several records, including career scoring and combined regular and postseason minutes.

Even with the millions he’s spent on his body and his freakish commitment to his conditioning, age has begun to catch up with James. Injuries have hit him since signing with the Lakers, but he still managed to win a fourth ring in the Orlando bubble.

After a lengthy stint with the Nuggets, Millsap joined the Brooklyn Nets in the offseason. The four-time All-Star was taken 47th overall in the 2006 draft, defying expectations to play well over 1,000 games in the pros.

Nat Hickey is the oldest player in NBA history. Hickey was 45 years and 363 days old when he played his final NBA game in January 1948.

Kevin Willis trails Hickey at 44 years and 224 days – Hickey played for eight NBA teams and featured in the league for the last time in 2007.

Nine of the next 12 oldest players in NBA history are either heading to the Hall Of Fame or are already enshrined.

Robert Parish, who owns the record for the most NBA games played all-time, sits third on the list. Parish played for the Warriors, Celtics, Hornets and Bulls, and lands 18th all-time in career minutes.

A four-time champion, nine-time All-Star and a Hall of Famer, Parish is widely considered to be among the 50 greatest players in the history of the league.

Following Parish is a man also known for his high-flying game. Vince Carter called time on his career in 2020 having played in 22 seasons. He’s the only player in league history to appear in four different decades. 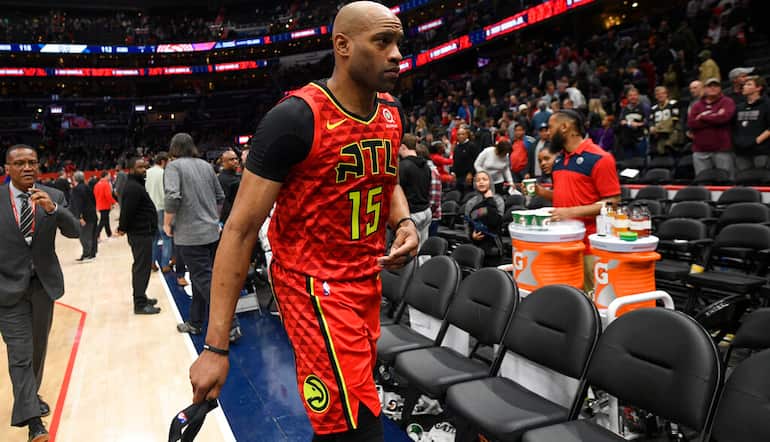 The greatest dunker of all-time and one of the best shooting guards in the NBA for a prolonged period, Carter evolved his game in his latter years as a perimeter shooter and veteran presence.

Where others extend their career to chase rings, Vinsanity enjoyed the role of wise head alongside up and coming rosters in Sacramento and Atlanta.

While Carter is third in games played, the next oldest NBA player of all-time is 58th all-time in minutes and 46th in total games.

Dikembe Mutombo’s finger wag is still seen on NBA courts to this day with modern stars imitating one of the most dominant defensive players in league history.

Mutombo was 294 days older than Kareem Abdul-Jabbar when he appeared in his last NBA game. Abdul-Jabbar is in the inner circle of Hall Of Famers, a top 10 player at worst.

With the all-time scoring lead and a considerable distance between him and the next most minutes in NBA history, many of Kareem’s records might never be broken as star players continue to manage their workloads.

Current Miami Heat player Udonis Haslem slots in just behind Abdul-Jabbar before Bob Cousy, Herb Williams and John Stockton, who is fifth all-time in games, 10th in minutes, and has career records in assists and steals.