Europa League Top Scorers: Who Are The Highest Goal Scorers In The Competition?

Who are the Europa League top goal scorers? We look at the highest scorers in the history of the competition... 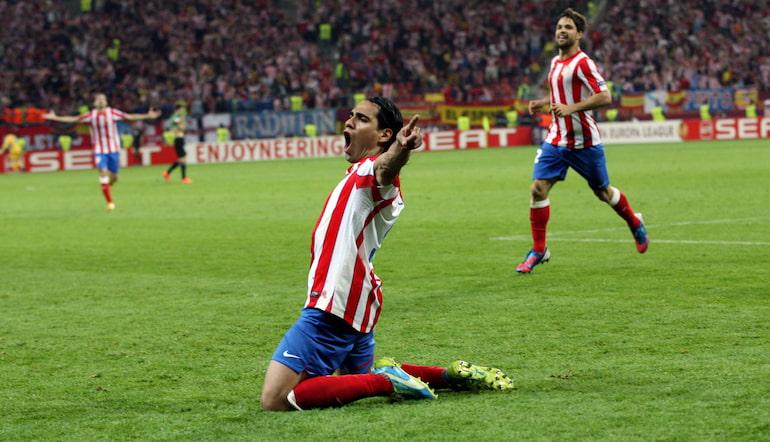 Living in the shadow of the Champions League, only the most committed football odds followers keep up to date with every Europa League match.

It might be the younger brother to the biggest club competition in the sport, but the Europa League has still been home to many of the game’s greatest players.

Some feature in our Europa League top scorers list below. Europa League betting, or UEFA Cup as it used to be called, is not some sideshow. It’s a major European competition, and one which has been a happy hunting ground for many well-known forwards.

Many of those names will be very familiar to those who frequent European football tips. The increase in the number of Europa League fixtures per season skews this goal scoring chart towards the last couple of decades.

It’s fair to put Kevin Gameiro in the journeyman category. From Strasbourg to Lorient, the Frenchman moved on to bigger teams in PSG, Atletico, Sevilla and Valencia.

He was never the most prolific, but his return in the Europa League was more than solid.

It’s no surprise that 17 of those goals came with Sevilla, during their Europa League threepeat.

One of the lesser-known players on this list, Mu’nas Dabbur has accumulated his 24 Europa League goals across four different clubs.

First with Maccabi Tel Aviv and Red Bull Salzburg, the Israeli international has since moved to Sevilla and now plies his trade with Bundesliga side Hoffenheim.

Six of his 24 in the competition came for Die Kraichgauer in the 2020/21 campaign. Where his stint in Spain was underwhelming, Dabbur shone in European competition for Hoffenheim.

He’s still waiting to be a regular domestically, however, having registered just 11 Bundesliga starts.

Many British fans will remember Shota Arveladze for his stint with Rangers in the early noughties. That spell contributed just two of his 24 goals in the competition, however.

Arveladze split his goals up across periods with Dinamo Tbilisi, Trabzonspor, Ajax, Rangers and AZ Alkmaar. The Georgian was beloved by fans throughout his career. Trabzonspor even voted him the ‘most loved foreign player’.

Spillo (as he was nicknamed) won the 1982 World Cup with Italy, he’s the all-time leading scorer in the Coppa Italia, and only eight Italians in history have scored more goals in all competitions than him.

There’s also the small matter of a Scudetto with Inter and two Coppa Italia triumphs. Most of his career was spent with the Nerazzuri, but Altobelli also scored four UEFA Cup goals for Juventus.

This figure is particularly impressive because of how much time Edin Dzeko has spent in the Champions League.

Since his big move to Manchester City, the towering Bosnian has been widely underrated. He was an important component in Manchester and has been as reliable as it gets since joining Roma.

Aritz Aduriz was a late bloomer. Never reliant on pace, he was prolific deep into his thirties with a silky touch. He was surprisingly impactful in the air for someone who stands at only 5’11.

Aduriz scored over 170 goals for Athletic Bilbao across his three spells with the club. Just 26 of those came in the Europa League, but that was achieved in only 39 appearances.

One of the most prolific Bundesliga top scorers of all-time, Dieter Muller racked up 29 UEFA Cup goals in just 36 matches. Most of his career was spent with Koln, during one of the best periods in the club’s history.

Muller has a Bundesliga winners’ medal to his name, and he was reliable as it gets in front of goal, often competing at the top of the goal scoring charts.

Unsurprisingly, 25 of those 29 UEFA Cup goals came in his time with the Billy Goats.

There was a point where Klaas-Jan Huntelaar featured on lists of future Ballon d’Or winners. He never quite got to that level, but the Dutchman still enjoyed an exceptional career at the highest level.

Huntelaar has played for some of the world’s biggest clubs. His appearances in the Europa League have been patchy as a result.

Five of his 30 came when he was in his early days with Heerenveen, and the rest were split across his time with Ajax and Schalke.

Radamel Falcao was a machine in the Europa League. He scored 12 times when Atletico Madrid won the competition in 2011/12, and an outrageous 17 the year before when he won it with Porto.

Such relentless goal scoring leaves Falcao second on the all-time list, but of players with 22 or more goals in the competition, only Jupp Heynckes recorded a better goals per game ratio.

El Tigre’s prime was cut short by injuries and he flopped in England. We shouldn’t forget just how lethal he was at his best, though.

Lifting the Champions League trophy must be the proudest moment of Henrik Larsson’s career. He spent much of his time in the UEFA Cup, however, scoring 31 goals across his time with Feyenoord, Celtic and Helsingborg.

Spending most of his prime years with Celtic, Larsson’s legacy is often underrated. He was one of the best strikers of his generation and netted 11 goals in a UEFA Cup campaign when Celtic were runners-up to Porto in 2002/03.

With the number of fixtures played each season, it’s a matter of time until Larsson’s record is broken.