The FA Cup draw has been made & our FA Cup predictions are in! Scroll down for FA Cup fixtures and FA Cup results ahead of each round 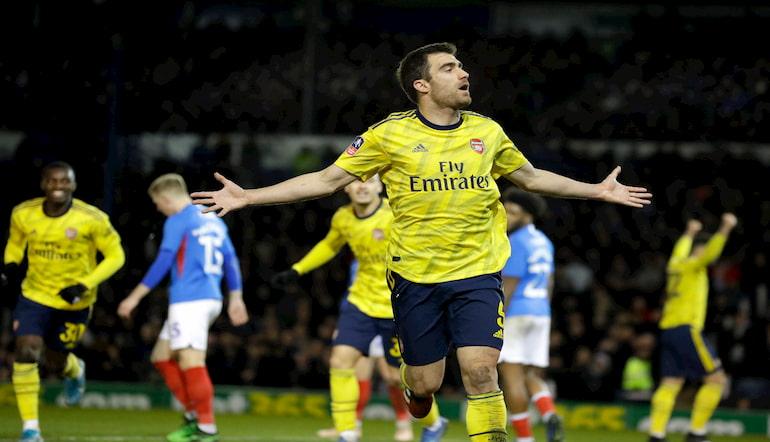 While the magic of the cup has been impacted somewhat in recent years, the FA Cup draw is still one of the best events of the football calendar for fans across the country.

Whether you support Manchester United or Marine FC, football fans across the country will gather in their millions to watch the FA Cup draw ahead of each round.

Football betting odds on the FA Cup can fluctuate drastically based on the draw, with home advantage playing a major role in FA Cup fixtures – particularly for lower league teams.

There’s nothing better than an FA Cup underdog story and fans enjoy listening to the FA Cup results and following any major shocks throughout the tournament.

Punters looking for tips can find the best FA Cup predictions here at 888sport. With up-to-date odds and betting tips ahead of each round, 888sport is the place to be!

The FA Cup semi-finals draw fixtures have been confirmed. The latest FA Cup draw updates will be confirmed as/when exact fixtures are complete:

The FA Cup quarter-finals have been and gone, with the competition really starting to heat up as we enter the business end of the road to Wembley.

Check out the full FA Cup results for the quarter-finals here:

First played during the 1871/72 season, the FA Cup is the oldest football competition in the world. This is the competition that every young player grows up watching and wants to win.

The first six rounds are known as the preliminary rounds, with teams in the lower echelons of English football competing against one another.

At that stage, the first-round proper kicks in with 32 teams progressing and going into the hat with the 48 professional teams competing in Leagues One and Two.

In the third round, the Premier League clubs join the competition and the FA Cup third round draw is always one of the most eagerly anticipated events of the year.

Looking back at FA Cup records and statistics, there have been a number of famous giant-killings throughout the competition’s history, with many occurring in the third round.

Arsenal are the current FA Cup holders, having beaten Chelsea 2-1 in the 2019/20 FA Cup final at Wembley Stadium in May.

Accord*ing to the latest statistics, the Gunners hold the record for the most FA Cup wins (14) while they have also appeared in more FA Cup finals (21) than any other club.

FA Cup betting can be found on the 888sport website throughout the season, with live odds and football tips on England’s famous club competition.

Who will win the 2020/21 FA Cup final? Get in touch at @888sport on social media to let us know your pick to lift the trophy at Wembley Stadium later this season.