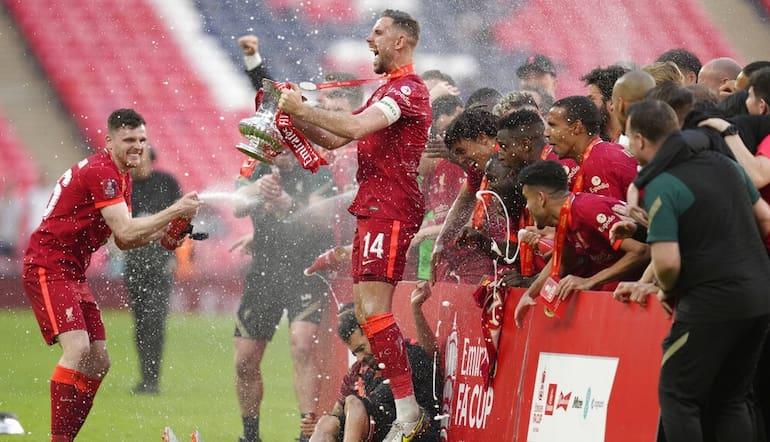 THE Emirates FA Cup Second Round Proper takes place this weekend and ranks as one of the most exciting junctures on our yearly football calendar.

For teams that win through there is the chance to pit their wits against one of those Premier League big boys at the next stage of the competition.

That eagerly anticipated Third Round draw will be held on Monday evening at Anfield between 7pm and 7.30pm.

A 12.45pm kick-off that is being screened live on BBC One. Ticket sales are approaching 3,400 at The Walks stadium. This is a lovely traditional Non-League venue containing a large elevated stand and decent old-school terracing.

King’s Lynn are currently second in the National League North Table. They have only lost twice in 17 League games thus far.

The opposition from Stevenage are also doing well up in second spot in EFL League Two.

Looking back, one of the biggest games I commentated on when I was Clubcall’s Non-League editor was a 1-1 draw between Stevenage Borough and Newcastle United in the FA Cup Fourth Round in 1998.

Stevenage – who have since dropped ‘Borough’ from their name - were in those days members of the Conference (now the National League).

A temporary stand was installed behind one goal to house the visiting Toon army fans in a record crowd of 8,040.

Photos of his passionate goal celebration were splashed across every national newspaper the next day with headlines such as “The Stevie Wonders!” Newcastle eventually won the tight replay 2-1.

This is also live on BBC One at 3pm. It rekindles great personal memories of the original ‘Church’ team from when I was a very young lad.

In 1971/72, I recall how the Fourth Round Qualifying tie between Alvechurch and Oxford City created an all-time FA Cup record by going to five replays in a frantic 17 day period.

Graham Allner played in every minute of those six matches for Church. He is now 73 years old and I chatted to him this week about their momentous FA Cup marathon

Allner said: “Oxford City had a number of lads who were in the army which made them very robust shall we say!

We played so many times in such a short period that opposing players started becoming pally and saying hello to each other on first name terms.

Then after each drawn game it was a case of: “We’ll see you next time!” Eventually we settled the tie 1-0 at Villa Park with a goal out of nothing.

“That couldn’t happen nowadays as multiple replays are no longer allowed in the FA Cup. I wouldn’t like to see them return either as the old players of Alvechurch and Oxford City might lose out on the unique Cup milestone we hold!”

Alvechurch subsequently folded in 1993 but quickly reformed. Saturday’s trip to Gloucestershire is the biggest match in their modern history having already cantered through five rounds of the FA Cup in 2022/23.

Church are the lowest ranked team left in the FA Cup sitting third bottom in the Southern League Premier Central Division – albeit with games in hand on everyone above them. By the way, this is the seventh tier of English football.

Saturday’s opponents Forest Green Rovers are struggling at the foot of EFL League One and haven’t won in the League for seven matches.

With all this in mind, Allner has a cordial message for his old side: “Alvechurch had a magnificent result in winning 2-1 at Cheltenham Town in the last round so I am sure there is a good chance against Forest Green.

"I just hope they can do it again as Alvechurch have always been a lovely village club.”

Another lunchtime start at 12.30pm to facilitate live coverage on ITV. Ebbsfleet United are most definitely a club on the up and up.

They are leaders of the National League South and have only lost once in that competition all season. This will be their first appearance in the Second Round of the FA Cup for 19 years.

Furthermore, Ebbsfleet have confirmed exciting plans in the past couple of days for a new 8,000 seater stadium. The cost will be £40 million as part of a huge £1.32 billion Northfleet harbour-side leisure and shopping redevelopment.

Travelling down to Kent on Sunday are Fleetwood Town on the back of an indifferent record whilst occupying EFL League One’s 17th place. They’ve only won once in the League since early October.

However, I am always mindful of how far Fleetwood have progressed over the years. They were humble members of the North West Counties League when I first saw them play in 1984/85 away to Denaby United in the FA Vase.

The FA Cup is the oldest and most prestigious competition in world football, with millions of fans around the world tuning in each year to see which team lifts the famous trophy.

Punters can find the latest FA Cup betting odds ahead of each round here at 888sport – and the outright winner market will change drastically throughout the tournament.

One of the main reasons for that is due to the uncertainty of the FA Cup draw. As is the case with all cup competitions, the draw has a major impact on results.

From the best FA Cup facts to the competition's greatest moments, this tournament has a unique affinity with football supporters across the land. While greater emphasis is now placed on Europe, the FA Cup remains one of the top targets for the biggest clubs in England.

The ‘David vs Goliath’ nature of the FA Cup is what grips viewers and we’ve seen many ‘cupsets’ over the years, none bigger than Hereford United’s victory over Newcastle United in 1972.

FA Cup predictions can be made at any stage of the season, with the general outlook of the competition changing with each round and FA Cup result.

Find the latest FA Cup draw, fixtures and results information on the 888sport website ahead of each round. Every match is vital in the race to reach Wembley Stadium.

The FA Cup is one of the competitions that every supporter wants to win. While the magic of the cup has waned in recent times, it is still important to football fans across the country.

Punters can find the best FA Cup betting tips and odds here at 888sport throughout the competition. Who will be celebrating at Wembley Stadium in May? Only time will tell...

Our football betting experts are here with the best FA Cup tips for today. With the likes of Manchester United, Liverpool and Arsenal prominent in FA Cup betting, the top Premier League clubs are in the mix for success.