The latest article in Fabrizio Romano 'Behind The Scenes' transfer series - will Robert Lewandowski get his new contract or will he leave Bayern Munich? 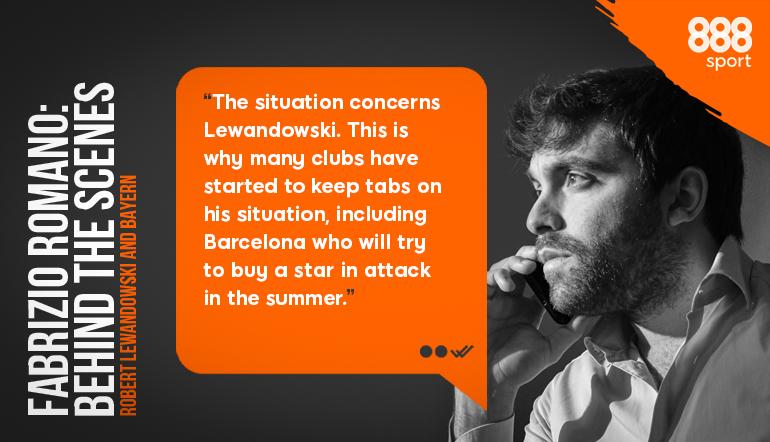 Robert Lewandowski is at the center of a situation to be clarified in the coming months.

One of the biggest stars of European football predictions is waiting for definitive answers on his future, because the current contract runs out in June 2023 but Lewandowski has a very clear priority already expressed to Bayern board.

The Poland striker wants a new contract immediately to stay this summer, otherwise he will be ready to seriously consider the proposals to leave Bayern very soon.

It can be considered an important moment for the German club, as Lewandowski has been a decisive player on and off the pitch for a long time, appreciated by all his teammates in the balance of the dressing room.

This story is not an issue that began these days, but last summer when there was a serious and concrete temptation linked to Paris Saint-Germain for Robert Lewandowski. So, what really happened?

Between the end of July and the beginning of August 2021, when Real Madrid began to seriously express their intention to make an official offer for Kylian Mbappé, the board of Paris Saint-Germain considered several candidates as potential replacement options in the event that a truly indispensable proposal for Mbappé arrived. 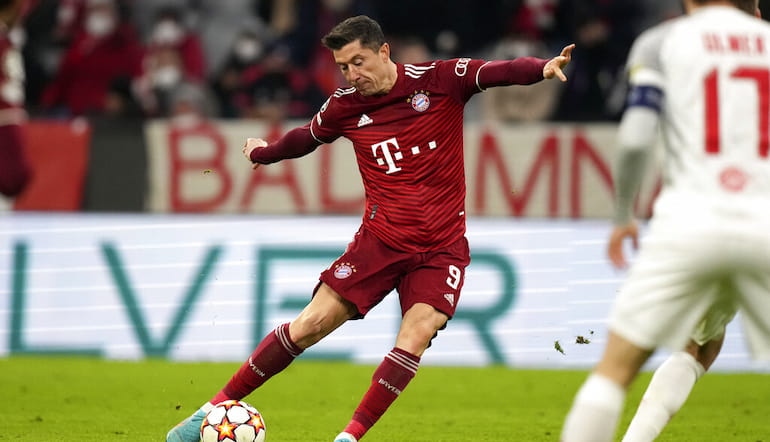 For example, among these names there was also Marcus Rashford of Manchester United, appreciated by Pochettino; but at the top of PSG's list was Robert Lewandowski, considered the perfect player to complete a trio with Messi and Neymar should Kylian leave Ligue1.

It is good to clarify, however, that PSG's priority has always been to try to keep football betting star Kylian Mbappé, as happened by rejecting Real Madrid's proposals.

However, Lewandowski's name appeared on Paris' list as one of the most highly regarded potential candidates in case the Mbappé deal went through.

And it's not only that - because even Chelsea considered Robert Lewandowski as an option on the list before completing the deal for Romelu Lukaku with Inter. In short, the interest of the top clubs and PSG in particular for Robert was very serious and concrete.

But when the intermediaries linked to this possibility started to work to understand the potential price of a negotiation for Robert Lewandowski, the response from Bayern was clear: no price, no negotiation. No way.

Robert was considered untouchable by the club who did not even want to listen to proposals, negotiate potential swap deals or conditions.

The Bayern board considered Lewandowski at the center of his project, indispensable for the progress of the club and as a key player for Julian Nagelsmann who began his adventure as the new manager of the German club.

There was also no room for a possible negotiation, although PSG would have discussed with Lewandowski a definitely higher and more important salary than the current one with Bayern.

As it's well known, Lewandowski has been recognized for years as one of the most professional and serious players in the world.

His decision was to accept Bayern's position despite the temptation of a better contract and a potential new project, Robert has resumed working hard for the German club as he has been doing for years with excellent results.

No problem and no tense situation, but the expectation for Lewandowski - one of the best strikers in Bundesliga history - to be able to negotiate a new contract as recognition after a summer of interest from many clubs and missed opportunities.

Since that August, however, there have been no contacts or meetings between Lewandowski's agents and the Bayern board: no official proposal from the club, so Robert is still surprised by the situation that concerns him. 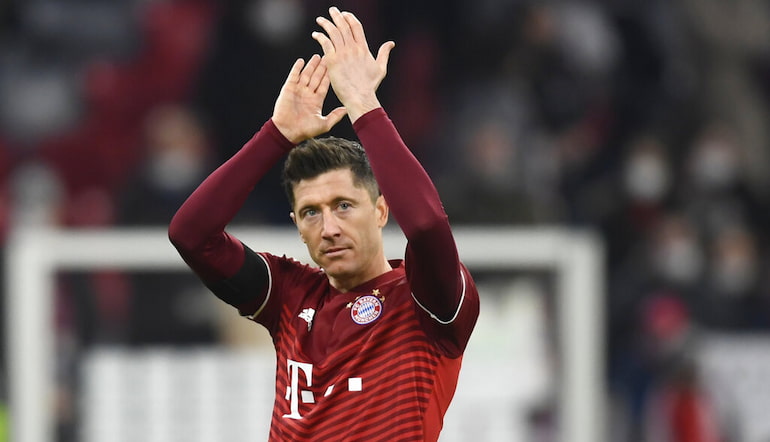 This is why many clubs have started to show an interest and keep tabs on his situation, including Barcelona who will try to buy a star in attack in the summer.

From Bayern, the official position is very clear: they're planning to open talks about it soon, there will be time to discuss a new contract with the intention of negotiating as soon as possible with Robert Lewandowski and his agent.

But so far, the situation is still on standby and only Bayern can change it with a long-term economic proposal, a significant salary and a project involving Lewandowski still as the club's star for the next few years. The Bundesliga betting giants can certainly afford him...

This is Robert Lewandowski's situation: he has been waiting for months for a contract proposal for the next few years, otherwise he will be ready to let himself be tempted by a new challenge already this summer without waiting for the natural expiration of the contract in June 2023.

How will this story end? Bayern maintain optimism, but those close to Lewandowski ensure that the player wants contractual guarantees or there may indeed be surprises.

The proposals would not be lacking for Robert, one step away from winning the Ballon d'Or a few months ago and now a possible cover man of a transfer market that is expected to be full of twists.

Bayern Munich
Bundesliga
About the Author
By
Fabrizio Romano