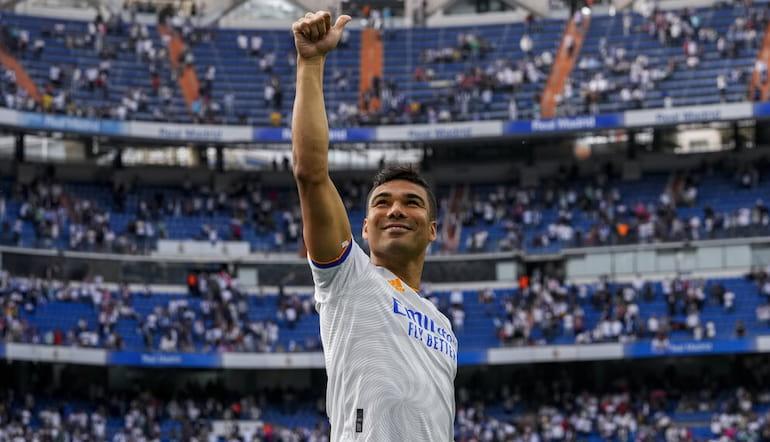 One of the most surprising deals of the summer. Casemiro is a new Manchester United player after a very quick negotiation with Real Madrid because he was the player who had the decision in his hands.

It all started when Manchester United perceived that the deal for Adrien Rabiot could no longer proceed: the demands of the French midfielder and his mom Veronique were considered too high, including an excessive signing fee for Manchester United ideas that already had an agreement. with Juventus for € 17m plus add-ons.

Deal collapsed and search started for a new midfielder so, with an opportunity that emerged within days; Casemiro available on the market was a surprise for everyone, even for the board that immediately decided to take action to try to bring the Brazilian to Erik ten Hag.

A dream signing at the beginning, which quickly became a reality thanks to the work of John Murtough with a secret mission in the city of Madrid to speed up negotiations.

Mission accomplished, it can be said - because Manchester United understood that the decision was up to Casemiro; Real Madrid always have a lot of respect for their legends, no intention of complicating relations, rather the will to grant Casemiro the freedom to decide in the best way.

After speaking with the agents about him and with Carlo Ancelotti, in 24 hours Casemiro chose to accept the Manchester United proposal.

A contract that will be valid until 30 June 2026 with an option for further season, the salary will not be doubled compared to what Casemiro received at Real Madrid but will still be improved, allowing the Brazilian midfielder to become one of the best paid players in Erik's ten Hag's team.

The verbal agreement was reached after a day of negotiations, waiting for Manchester United to send the official proposal to Real Madrid on the night between Thursday and Friday.

It's gonna be impossible to complete all the details of the agreement in time for Monday, when there is a key game with Liverpool at Old Trafford; the medical tests to be completed, the VISA must be sorted and there are all the documents to be signed, too complicated but it makes no difference.

Erik ten Hag immediately approved this deal without wasting time on details, to also avoid the inclusion of other clubs in the negotiation for one of the best midfielders in the world, an absolute winner for years in Madrid.

Casemiro agreed on Thursday and the day of the completed negotiations between Real Madrid and Manchester United was Friday, as expected.

Overnight, Manchester United submitted an official proposal worth £ 60m plus £ 10m add-ons to complete the negotiation with Real Madrid which secured an easily receivable portion of these add-ons.

Many add-ons are also included in Casemiro's contract that could drive his salary very high, but this will depend on access to future editions of the Champions League among many factors.

Behind the scenes it can be revealed that Carlo Ancelotti had a new talk with Casemiro on Friday morning at Valdebebas, Real Madrid's training ground.

The Italian manager would have liked to keep Casemiro because he considers him an absolute top player, but he did not want to create problems for the player who honestly asked to try a new experience in the Premier League after so many years as a Real Madrid legend.

With the green light of Ancelotti and that of Florentino Perez, Casemiro joined his team-mates in the locker room after the last training session to say goodbye and prepare for a new adventure with the Manchester United shirt.

A new chapter started on Saturday when Casemiro arrived in town with his agents for medical tests and contract signing.

A phone call also arrived on Friday from Erik ten Hag: the Dutch manager wanted to guarantee Casemiro the importance in his tactical project, the idea of wanting at all costs his leadership in the locker room and on the pitch, the happiness of being able to complete a world class signing.