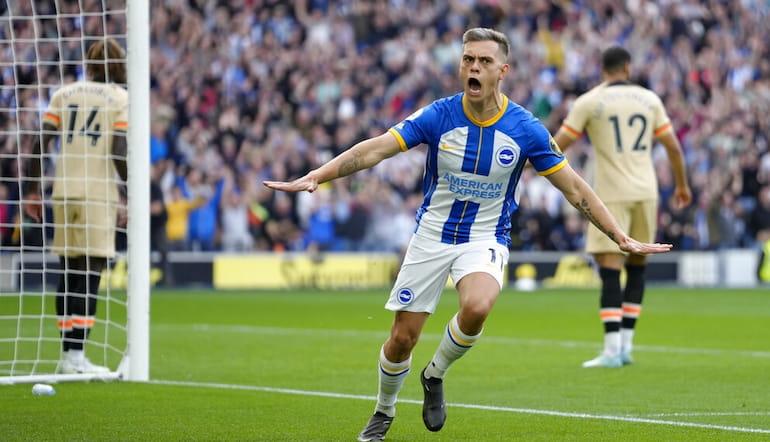 No one would have expected it even just 15 days ago. And instead the deal is done: Leandro Trossard is the new, first signing of Arsenal in 2023 after a January window full of complications, surprises and twists.

After the crazy Mudryk affair with Chelsea hijacking the deal, Arsenal internally decided to take a few days before acting with conviction on a new top target for Mikel Arteta.

The Spanish manager together with director Edu Gaspar have evaluated several names; there has never been a negotiation for Raphinha, the Brazilian star has always wanted to stay at Barcelona and the rumours were not correct as well as for Ferran Torres.

Orlando City talent Facundo Torres also mentioned a negotiation with the Gunners but it never came forward or concrete, which is why Arsenal have decided to explore other options.

The right opportunity was called Leandro Trossard; after breaking up with Roberto De Zerbi due to a lot of tension in some training sessions, the Belgian winger clearly asked through his agent at Brighton to leave the club in January without waiting for June.

Tottenham were interested but they didn't make a formal proposal, just a request for information that never became an advanced negotiation; in France instead Olympique Marseille had moved decisively, at least three clubs had activated themselves for a really interesting opportunity on the market.

Until in the night between Wednesday and Thursday, Arsenal contacted Trossard's agent and then Brighton to understand the conditions of the deal: a quick and convinced assault, approved by Arteta and wanted by the board to ensure a Premier League proven player, motivated, decisive and ready to help the team immediately.

The negotiation wasn't difficult; Arsenal's first offer of the night was £18m, which Brighton rejected immediately.

But Edu Gaspar and Arteta knew they couldn't slow down; After negotiations in the morning, Arsenal have finalized a £21m plus £5m add-ons deal to convince Brighton to sell Trossard within 24 hours.

A key factor in the deal was the will of the player, because when Leandro learned of Arsenal's presence in the negotiations, he blocked any other option because he didn't want other clubs or other possibilities.

Only Arsenal, a huge opportunity that he didn't want to miss for any reason, personally asked Brighton to be released to join Arteta in London.

Trossard will sign a contract valid until 2026 with an option for a further season, Arsenal have reached an agreement on personal terms very quickly and thus identified Friday as the day for medical tests and contract signings.

The conversation between Edu Gaspar and Arteta was essential to act with clear ideas, lucidity and no worries after the Mudryk saga up to negotiating in 24 hours to get Leandro Trossard from Brighton.

Timing on the transfer market is always essential, especially in January: Arsenal were simply perfect in the Trossard deal.