Fabrizio Romano: What Is Going On At Juventus? 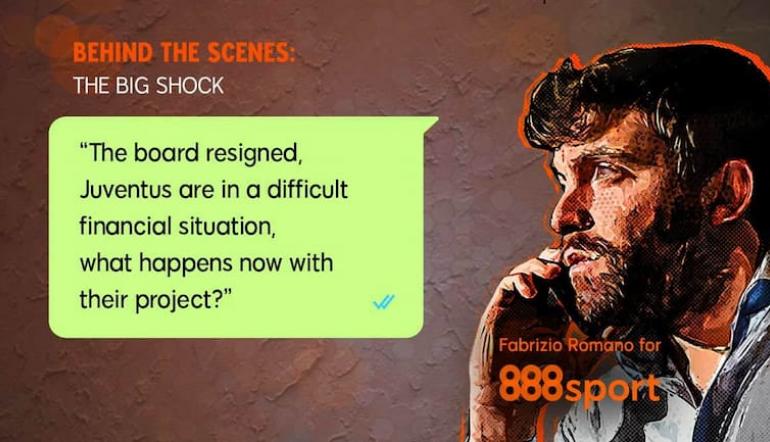 "A big shock". This is how people close to Juventus describe the situation after the decision announced on Monday night: the whole board has resigned, a really strong decision which includes the Chairman Andrea Agnelli whose family have owned the club for almost 100 years, as well as Vice President Pavel Nedved.

A statement on the official Juventus website noted that “given the centrality and the relevance of the pending legal and technical/accounting matters, considered in the best interest of the Company that Juventus, so often the headline club in Serie A predictions, provided itself with a new Board of Directors to address these matters".

The decision came after problems with what happened in May and June 2020, when 23 members of the first team squad signed agreements to reduce their salaries in order to help the club through an extremely difficult period; how they managed that situation and the taxes situation around that move are two points still not clear, this is why the Juventus board was not able to approve the balance and so the whole board decided to resign.

The first move Juventus will do is to name Maurizio Scanavino as the club’s new CEO. A 49-year-old who is the current general director of the Gedi Group which controls Italian papers La Repubblica and La Stampa, he has previously worked for FIAT, Alfa Romeo and Lancia.

But what happens now? First of all, it's important to clarify that there will be no managerial change.

Juventus owners have decided to keep going with Massimiliano Allegri as head coach, despite rumours on Mauricio Pochettino and Thomas Tuchel; the reason is technical, as Allegri changed the situation in the last 40 days after a terrible beginning of the season, but also financial as his salary (bit less than €9m per year) is too big in this moment for Juventus to sack him and appoint a new top coach.

Allegri is staying and he's not gonna be not just the manager but a big reference for the sporting area, as the Italian coach will decide on new signings strategy, players to be sold, contract extensions and future plans to help Juventus in this difficult moment. "He's staying and he's gonna be a key figure for us", club owner John Elkann has also confirmed.

There are no big changes planned on the team roster too; for sure, after signing Cristiano Ronaldo in July 2018 and changing the whole project, Juventus are in a difficult financial situation and so they need to go back to some kind of sustainable project.

John Elkann officially confirms that Massimiliano Allegri will not be leave the club as he’s “key part of Juventus project and we trust him to win again”, statement explains. 🚨⚪️⚫️ #Juve

Following Agnelli, Nedved and club’s board decision to resign, Allegri will stay. pic.twitter.com/IfWe0vI6Qn

But there's no plan to sell big stars in January just as a consequence of the board's decision to resign, rumours on Dusan Vlahovic set to leave the club are not confirmed at all.

Juventus will try to get rid of some players who are no longer considered important by Massimiliano Allegri and the sporting area of the club; but there's no big change planned or top player for sale in January.

The priority will be to trust and push the project they're building on young players, including the Italian talents Fabio Miretti, Nicolò Fagioli and Nicolò Rovella who will be part of Juventus future; but also to extend the contract of Samuel Iling Junior, English talent who's in advanced talks to sign a new deal.

The future will be different but it doesn't mean that Juventus will sell all their stars or start a real revolution already in January. The key point will be summer 2023, when they will be able to re-start the project and also change the salary situation.

In the meantime, the investigation will continue and the whole club's situation will be clarified.