The fantasy Bundesliga game is increasingly popular with football fans across Europe. Here's our 'how to play' guide to Germany's fantasy football game... 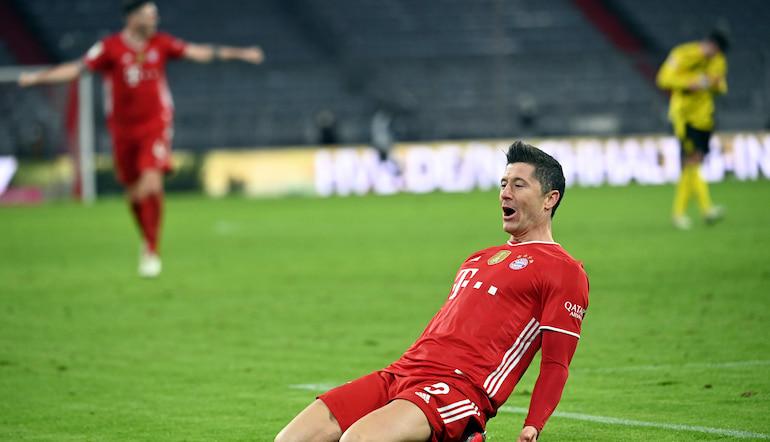 One of the biggest football betting leagues in the world, millions are keen to play Fantasy Bundesliga.

Fantasy sports have flourished in the last few years. From daily games to season-long marathons, it’s an industry which has boomed. The Bundesliga is no different.

It’s an addictive means to follow football. It leads fans to become invested in players they might otherwise have no interest in.

At its best, fantasy sports can provide a sense of community, and help provoke a bit of friendly competition between friends and family. You also don’t need to be a Bundesliga odds expert to love the German fantasy football game.

Fantasy tips are all over the internet. People have advice on the best sleeper picks and difference makers. Knowing Augsburg’s fourth-choice center-back isn’t a necessity to really enjoy Fantasy Bundesliga throughout the season.

Where To Play Fantasy Bundesliga

Playing Fantasy Bundesliga is easy. There are two smooth apps on the Google Store and Apple’s App Store.

Of course, being a fantasy manager requires quick reaction. The apps are particularly useful if you’re looking to make transfers before price changes or to meet an upcoming transfer deadline that you might have forgotten about.

Free to play and with some great prizes, Fantasy Bundesliga is worth giving a go. It might even help when choosing which betting tips to follow.

The scoring system for Fantasy Bundesliga will be familiar to anyone who has delved into fantasy football in the past. It’s a relatively standard format, albeit with some slight tweaks compared to its Premier League counterpart.

In the shock event of Manuel Neuer or another shot stopper finding the net, they pocket 10 points. Players receive a one point bonus (regardless of position) for scoring twice in the same game, and a three-point bonus if they score a hat-trick.

It’s a more detailed points scoring system than its Premier League peer, although the framework is similar.

All players land one point from playing up to 69 minutes. It’s two points for 70 minutes plus.

Assists are similar to goals, though it’s three points for a striker, four for a midfielder and five for a defender. Goalkeepers and defenders alike land three points for a clean sheet. There’s also five points on offer for a penalty save.

Every goal conceded for ‘keepers and defenders is -1. Own goals are -4, fouls causing a penalty are -2 and penalty misses are -3.
Here’s a rundown of some of the other scoring rules in Fantasy Bundesliga:

Fantasy Bundesliga managers require knowledge and good judgement. They are handed a 150 million budget at the start of the season to build a 15-man squad.

The squad must include two goalkeepers, five defenders, five midfielders and three forwards.

From those 15, managers must select an 11-man team for each matchday. Positions for Fantasy Bundesliga are determined before the season and dictate their points scoring. Playing a different position in real life will not alter their scoring.

One player from each position must be on the bench for every matchday.

Managers are able to make as many transfers as they would like until the first matchday. From then on, however, it is three transfers per matchday.

Players can’t be transferred during a matchday, but there will be wildcard weeks where managers can make as many changes as they would like to their 15-man squad.

Managers can make substitutions whenever they like, but they must be wary. Removing a player who has already played in the matchday will mean their points are lost and they cannot be returned to the field.

Will you stack your team with players from the greatest Bundesliga XI? Or are you going to hunt for bargains?

Experienced fantasy managers will be well aware of price changing.

This can be a massive factor throughout a long season, and Fantasy Bundesliga sees this take place early on. Based on an average score for each position from week 1, a player’s price can fluctuate dramatically.

They can rise as much as 400,000 if they score 10 or more points above the average for their position. This can go the other way, of course, with players dropping by the same amount.

Being left out of the team or receiving a red card results in a 100,000 price drop.

Prizes are on offer every week in Fantasy Bundesliga.

Managers can win a signed club jersey for finishing first in a given matchday, while second place earns an original match ball, and third place’s prize is described as ‘club merchandising’ on the Fantasy Bundesliga app.

The season-long prizes are awesome. The overall winner gets travel and six tickets for a game of their choice including two nights stay at a hotel. Second place has a similar deal, although with two tickets rather than six.