Looking for fantasy Champions League tips? We've got you covered on UCL fantasy football this season! 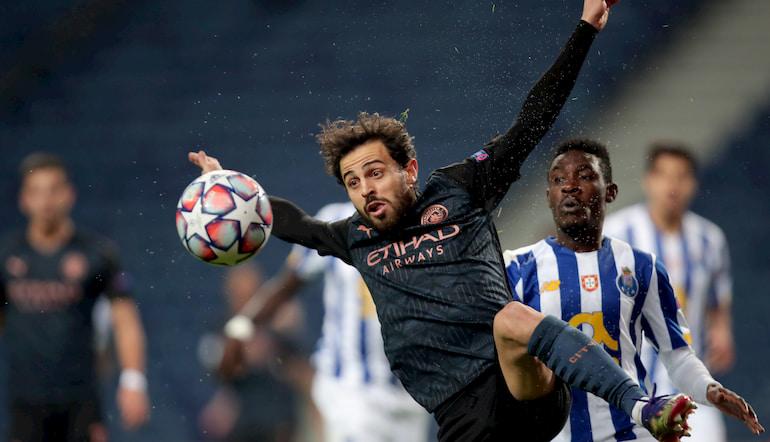 Fantasy Champions League is yet to develop the same devout following as Fantasy Premier League, yet it’s heading in that direction.

Football fans who follow Champions League winner odds are likely to be involved in the world of fantasy sports.

While fantasy sports have become an industry in their own right, in some cases intertwined with sports betting, UCL fantasy football can be enjoyed without financial requirement.

This article is a complete rundown of Champions League fantasy, starting with the rules and featuring plenty of tips on how to build a winning team.

It works on the same premise as other fantasy games. Build your team, and receive points for their real life performances.

Every matchday, prizes are given away and you can enter into leagues with people you know for that extra element of competitiveness.

The format to constructing a team is similar to FPL. You have €100 million to build your team.

Every squad must contain two goalkeepers, five defenders, five midfielders and three forwards. The budget increases by €5 million from the last 16.

Every player is assigned a value, with the highest projected points scorers starting as the costliest. For instance, Lionel Messi will cost considerably more than Mason Greenwood or Phil Foden.

This increases by one in each knockout round until the final, when fantasy players can select up to eight players from the two remaining teams.

Points are scored on a starting XI selected, which can make for tricky decisions. Managers have more flexibility than in FPL, however.

The formation must include on goalkeeper, at least three defenders, two midfielders and one forward. Many managers will opt to load up on attacking players.

Automatic substitutions take place after a matchday if players have not played a single minute. This is a good reason to make sure you’ve got useful players on the bench.

The other key factor to consider is captaincy. This can be handed to one player per matchday, and allows you to double their points. Of course, this can swing a gameweek from success to failure – make sure to choose carefully.

Beyond weekly transfers, there are two important chips: the wildcard and limitless.

Wildcard can be activated once per season. This enables the fantasy manager to make as many changes as they would like in a given week and is a great way to mend a squad riddled with injuries or out of favour players.

Limitless is a one-week hit. It allows a clean slate for that week’s fixtures, perhaps to load up on players with favourable opponents. Your team reverts to its previous composition when the gameweek comes to an end.

Points scoring is very similar to FPL, though it features a couple of additions in long range goals and ball recoveries. A full list of UCL fantasy points scoring and rules can be found here.

It’s easy to focus on the Champions League favourites. Building a team around Bayern and PSG players makes a lot of sense, but that’s not necessarily the place to find the best value early in the competition.

Studying Champions League predictions can help to find bargain players. Is a lesser-known side expected to make it out the group stage?

Does their star striker score the majority of their goals? The budget doesn’t allow for a team loaded with the biggest names.

There is luck in UCL fantasy, as there is in any game of this ilk. Those who succeed, though, combine a dollop of good fortune with extensive research. It’s important to keep up to date with team news, trends and form of teams and players.

Don’t be afraid to gamble on a few players. If you fancy a team to cause an upset or two in the group stage, back them by picking up a player or two.

Along those lines, it’s also important to be aware of rest time between matches – an early Tuesday kick-off in Russia can change your UCL strategy.

As the 2020/21 last 16 of the Champions League approaches, picking your team is trickier than ever.

There’s no obvious thrashing in the upcoming matches. The closest thing to a lock for a goalfest comes as Atalanta face Real Madrid – Duvan Zapata is going to be a popular pick up.

Who's been the best player in the world this season? #ATennerSays pic.twitter.com/wdoBfZXb1r

Generally, the big names like Robert Lewandowski and Lionel Messi are going to be selected by a lot of managers even with sky-high prices.

There can still be good differential picks on the top sides, particularly if they start the season on the fringe of the XI. Diogo Jota could fall into that category if fit.

Atletico Madrid defenders are always a good option, of course. Plenty will load up on Juventus defenders for their tie with Porto.

Here are some UCL fantasy tips…