Fantasy Premier League rules updated for the 2021-2022 FPL season. read all about Barclays fantasy football rules and tips at 888 sport. 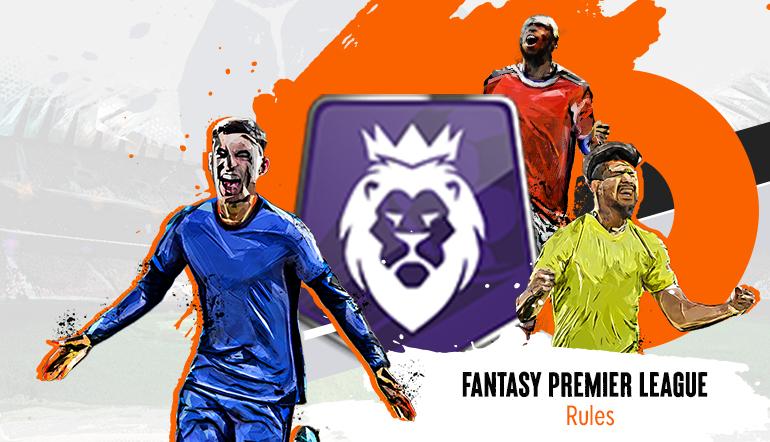 The rules for Fantasy Premier League could not be simpler. To participate, register online then pick a squad of 15 players without exceeding a £100m budget.

Players have a set transfer value, though values can fluctuate as the season progresses.

You must pick two goalkeepers, five defenders, five midfielders and three forwards and you can choose a maximum of three players from any Premier League team.

Once you have 15 players selected, you are ready to go. Don’t worry too much about who you pick before the season starts, as you have unlimited transfers until the first ball is kicked.

From your squad of 15 players, you must select 11 players to form your first team for each Gameweek, which has a set deadline after which no changes can be made.

Any points scored will be from the 11 players picked, unless you utilise a Bench Boost chip. If any of the 11 do not play in that Gameweek, they may be automatically substituted.

Managers can pick various formations, but must play a goalkeeper, at least three defenders and one forward.

After selecting a squad, Premier League Fantasy Football rules state managers must make their FPL captain picks, who score double points for all matches. A vice-captain selection will deputise for the captain if he does not play.

Pick players likely to play and remember that the Premier League site will alert you about injured players. An awareness of postponed games and weeks when teams play more than once will help you excel.

Managers have a squad of 15 to help cover for injuries, suspensions and postponements, or just to provide options during the season.

You can allocate automatic substitutions to make full use of your squad. A non-playing goalkeeper will be substituted by the second choice, if playing. Non-playing outfield players in your 11 will be replaced by the highest priority substitute available.

If a free transfer is not used during a Gameweek, it rolls over to subsequent weeks, though you can never have more than a single saved transfer.

The transfer value of players changes during the season due to their popularity. Prices are static prior to the season start. The value displayed on the transfers page is what you will receive if selling a player.

The price may differ from the current purchase price as a selling-on fee is applied to profits made on transfers.

Every Gameweek has a deadline after which changes cannot be made to a team. Such deadlines tend to be set to 90 minutes prior to the first match of the Gameweek commencing.

Chips are special bonuses that can transform a manager’s season, enhancing league placings by allowing bonus points and extra transfers.

Players are only permitted to use a single chip each Gameweek. There are four chips available:

Throughout the Premier League season, managers accumulate points based on the performances of the players.

There is a comprehensive list on the Premier League site of how players earn points and understanding how points are allocated helps players become more competitive and choose the right players to succeed.

Consider goalkeepers and defenders who are likely to keep clean sheets, attacking full backs, midfielders who play high up the pitch and prolific goal scorers. The basic criteria is as follows:

Much of the fun of Fantasy Football is the one-upmanship between friends. Beating strangers can be very enjoyable too though. Once you have picked your squad, you are free to join both private and public leagues.

You can set up your own league and invite selected people. You can also choose to be randomly selected to join a public league. League administrators may also decide to include cup competitions during the season.

Additionally, all players are automatically entered into global leagues, a league for those in your country and those that support the same team as you. Points are scored in the classic manner, or on a head-to-head basis.

With head-to-head, three points are awarded for a win and one point for a draw against a rival player each week. Such leagues may end with a knockout phase.

There is also a Premier League draft competition, where players in a private league choose players in an auction at a pre-arranged time.

What are the rules of Fantasy Premier League?

Managers across the globe pick a team using their £100m budget, then compete in private and/or public leagues as their players earn points for performances.

Throughout the season players can make limited changes to their squad via transfers and bonus chips to try and gain an advantage on rivals.

Each Gameweek includes one free transfer. Fantasy football prizes are handed out to the best performers, including monthly and weekly rewards.

How many players can you have on a fantasy football team?

Managers pick a squad of 15 players in total, consisting of two goalkeepers, five defenders, five midfielders and three forwards. Each Gameweek the manager picks a team of 11 to earn points based on how they perform.

Numerous formations are permitted, but managers must pick one goalkeeper and at least three defenders and one forward. Only three players are allowed from any Premier League club.