Fastest Cricket Bowl - Who Are The Quickest Bowlers In Cricket History?

Who is the fastest bowler in cricket history? Shoaib Akhtar is the record holder for the fastest cricket bowl but who else makes the top 10? 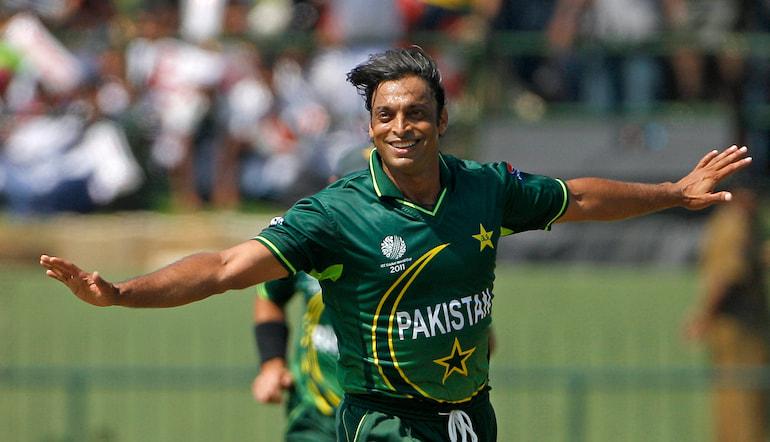 The fastest bowlers in the world can swing cricket betting tips. Being able to ramp it up from the mid-80s into the nineties and beyond can prove challenging even for the world’s best batsmen.

When it comes to betting on cricket, it’s not all about fast bowling, but it certainly can change the shape of a match in a flash.

Where Mitchell Starc, Lockie Ferguson and many other pacers are factors for those looking to bet online in the coming years, we’ve taken a look at the 10 fastest bowlers of all-time according to ESPN CricInfo…

Reaching 150 clicks in the late 1990s, Javagal Srinath is one of India’s greatest fast bowlers of all-time. The first Indian quick to reach 100 wickets in white-ball cricket, Srinath succeeded Kapil Dev as the leader of the India attack.

India now have a wealth of fast bowling depth, but Srinath had to do it alone, often being the only proper quick in the attack in Test cricket.

A fiery competitor, Darren Gough occasionally got into the mid-nineties during his peak. Gough wasn’t renowned for his outright pace, but he had the ability to crank it up when required.

Per CricInfo, his quickest delivery was a 151kph belter back in 1999. England have rarely produced bowlers of such elite pace, though that has changed in recent years with Olly Stone, Mark Wood and Jofra Archer.

Shane Bond’s career was cut short by injury. For a short period, though, he was one of the most fearsome quicks in world cricket.

Like many on this list, there’s variability in Bonds’ reported speeds. He definitely got over 150kph on multiple occasions.

Where others would use their pace to harass batsmen, Bond was known for his control and movement. All of this combined to make him a phenomenal strike bowler – the Kiwi has the second-best strike rate in Test match history.

Only Shaun Pollock and Dale Steyn have more Test wickets for South Africa than Makhaya Ntini.

Although his longevity is what stands out about his career, Ntini was an electric talent when he first broke through. Often in the nineties, he reached 151.4kph against Australia in 2002.

Allan Donald reached 152.9kph against England in 1998. Tormenting English batsmen on his way to five wickets, White Lightning was a menace for batsmen throughout his career. He’s fourth all-time among South African Test wicket takers.

Donald’s pace was always on show. From iconic matchups with England cricket captains to match-altering spells, the South African combined aggression with control. He’s one of the best quicks of the modern era.

You’ve got to be quick with a nickname like the Burewala Express. Along with his trademark reverse swing, Waqar Younis produced severe pace.

Reaching 153kph (95 mph) in the mid-nineties, Waqar could get batsmen hopping around the crease with short stuff or crush toes with curving yorkers.

Not really thought of as a rapid bowler, Jason Gillespie is listed at reaching 95.9mph for Australia in 2002.

Gillespie’s role in the Australia side alongside Brett Lee, Shane Warne and Glenn McGrath meant he didn’t always unleash his top speeds, but in the early days of his career, he had the pace to really hurry batsmen.

Although touted as a star for South Africa for a long time, Nantie Hayward was frequently overlooked by selectors. He played just 37 international matches.

With immense natural pace, though, Hayward is listed as the third-fastest bowler in international history by CricInfo. Getting up to around 96mph, even today’s tearaway quicks rarely match his top speeds.

Brett Lee played all formats for Australia. Whether steaming in during an Ashes Test at the WACA or bowling at the death in an ODI, he bowled at serious pace.

There are contrasting claims about the speeds he’s reached in a match, but there’s no question he got into the high-nineties on a regular basis.

Franchise cricket was only around for the twilight of his career. Lee finished off seeing records like the IPL highest score, leaving us to only image how impactful he could have been at his peak in the IPL and Big Bash.

According to CricInfo, Shoaib Akhtar has registered nine of the 12 fastest deliveries since speeds were recorded.

Injuries limited Akhtar’s career to just 46 Tests and 163 ODIs between 1997 and 2011. His record was excellent, but bowling at 100mph has its downsides.

Who is currently the world’s fastest bowler?

England duo Jofra Archer and Mark Wood are two of the world’s fastest bowlers right now. Mitchell Starc, Lockie Ferguson and Adam Milne are right up there, too.

With speeds fluctuating due to form, fitness, format and match situation, it’s hard to tell who the outright fastest bowler in the world is. No bowler bowls at their fastest all the time.

What is the fastest cricket bowl ever recorded?

In an incredibly hostile spell of fast bowling, Akhtar clocked triple figures against New Zealand in a One-Day International in Lahore back in April 2002. He’s the owner of the sixth fastest delivers in international cricket, according to CricInfo.

How many cricket players have bowled over 100mph?

One. Shoaib Akhtar is believed to be the only bowler to break the 100mph mark, though this is obviously only applicable to players who have been active since speeds were measured.

Most records of fast bowling are taken from international matches only. Others have claimed to crack triple figures, with Mitchell Starc hitting 160.4 kilometres per hour.

The uncertainty over speed measurement makes it impossible to know how many bowlers have actually sent one down at over 100 miles per hour. Generally, though, Akhtar is regarded as the quickest bowler of the 21st century.