The topic of IPL highest score figures is intriguing - but which side has the highest team score in IPL history? 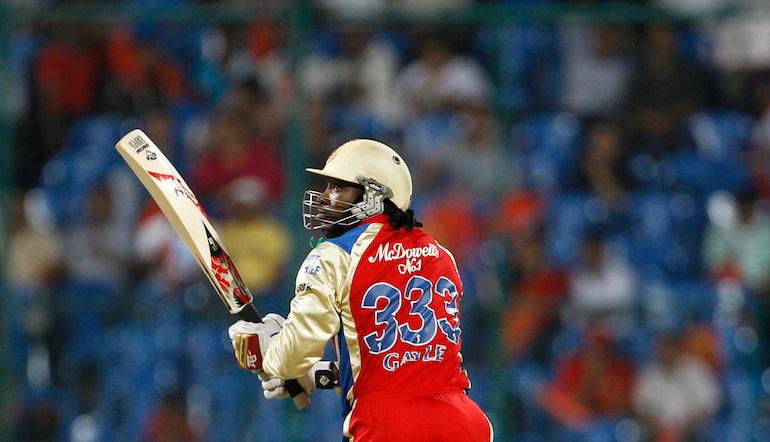 Premier cricket betting names gather in India every season for the Indian Premier League. Once a controversial endeavour, the IPL has become a fixture in the cricketing calendar. It is the most lucrative gig for any cricketer.

Up there with the World Cups and the Ashes, the IPL is a massive sports betting feast. Games come thick and fast during the packed group stages and the knockout matches in front of packed crowds are as tense as cricket gets.

It isn’t all about the big shots and electric scoring in the IPL. The best teams will have bowlers who can control the rate throughout, but the most explosive batting displays are our focus in this article.

Let’s delve into the IPL records for a look back at the 10 highest team scores in tournament history.

Kings XI Punjab didn’t look set for a massive total when they faced the Chennai Super Kings in May 2014. Virender Sehwag and Mandeep Singh opened up and combined for just 33 runs off 31 balls.

The onslaught came from the overseas middle order. Glenn Maxwell crushed eight sixes on his way to 90 off just 38 balls, while David Miller played a comparative anchor role for his 47.

George Bailey’s 40 off 13 balls was spectacular, with eight of his 13 deliveries reaching the fence. No Chennai bowler had an economy under nine, and Ravichandran Ashwin went for 38 off two overs.

The Delhi Daredevils only won by 21 runs even after a demolition of Kings XI Punjab in 2011. David Warner and Virender Sehwag was one of the most fearsome opening partnerships in the history of the game – the pair scored 77 each in this massive total.

The most recent innings to feature on this list, the Kolkata Knight Riders put the Mumbai Indians to the sword in 2019. Even an attack featuring Lasith Malinga and Jasprit Bumrah could not contain KKR.

Shubman Gill and Chris Lynn got the Knight Riders off to a flyer. Gill’s 76 off 45 and Lynn’s 54 off 29 was only the crowd-warming act for Andre Russell’s showstopper, though.

Russell faced only 40 balls for his 80 runs and hit eight of them over the fence.

Kings XI won this match by 111 runs. It’s one of the biggest wins in IPL history, and it was mainly down to Adam Gilchrist.

The Aussie wicketkeeper tonked 106 off 55 balls, clearing the rope nine times. Shaun Marsh helped out with 79 off 49 as every RCB bowler went the distance.

At the time, it was the second-highest score in IPL history.

The Mumbai Indians might be the most successful team in IPL history, but they were on the end of an absolute drubbing back in 2015 as Royal Challengers Bangalore racked up 235 for the loss of just one wicket.

Mumbai must’ve felt optimistic when Chris Gayle fell for 13 off 12.

What followed from Virat Kohli and AB de Villiers was, at the time, the biggest partnership in the history of the tournament, a record only broken when the same pair went even bigger in 2016.

Where other mammoth totals are built around partnerships and multiple 50+ scores, this effort from Chennai was all about Michael Hussey.

There was minimal help from Matthew Hayden, MS Dhoni and Suresh Raina. Mr Cricket took it upon himself to dominate – his 116 off 54 balls set Kings XI an unchaseable total back in 2008.

Sunil Narine and Chris Lynn got KKR off to a flyer. Narine was dismissed in the 12th over with 75 off 36 balls, and the carnage continued.

Middle order striking from Andre Russell and Dinesh Karthik saw the Knight Riders keep up the pace throughout their innings. Ravichandran Ashwin and Barinder Sran took a particular beating, going for 84 off their combined 5.4 overs.

This spectacular innings from Chennai was the highest IPL team total for three years. Murali Vijay was the leading force in this 2010 masterpiece – the opener dismantled the Rajasthan attack. His 11 sixes in the innings was a record.

Albie Morkel gave Vijay a helping hand. The South African went for 62 off 34 balls, as the Super Kings hit every Royals bowler around the park.

Once again it’s RCB, and once again it’s Virat Kohli and AB de Villiers. They both scored centuries on this occasion, with de Villers’ 12 sixes in his 52-ball, 129 not out tying for the third-most ever.

The superstar duo put on 229. It’s the highest IPL partnership in the history of the competition, and a record it’s hard to imagine anyone breaking. Like their destructive display a year earlier, Chris Gayle disappointed, but they more than made up for his failure.

Ravindra Jadeja was the only Gujarat bowler with an economy under 11.

Going all the way back to 2013, RCB’s top four was even scarier. Gayle, de Villiers and Kohli were still there, and so was Tillakaratne Dilshan.

Kohli, Dilshan and de Villiers were relatively quiet here, though. It was Gayle, the world’s greatest ever T20 batsman, who did the damage.

The West Indian opener’s 175 is the highest individual score in IPL history. His 17 sixes are the most by a player in an innings, and by a considerable distance.