Fastest Tennis Serve | What Is The Fastest Serve In Tennis? 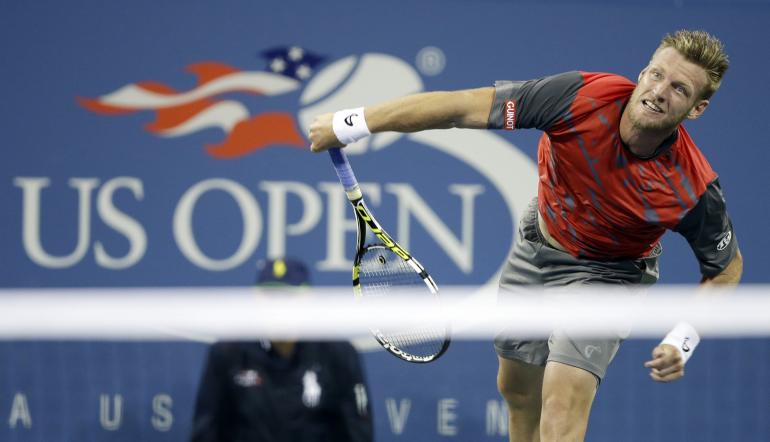 Serving is obviously a foundational part of any tennis betting decision.

It’s not all about power, but the players with the fastest tennis serves in the world are always going to garner extra attention. When they get it right throughout a match, they can be near unbeatable.

Just as anyone who regularly trawls the betting pages knows, having a powerful serve does not equate to success.

Roger Federer, Rafael Nadal and Novak Djokovic are all solid to great servers, but none of them are lighting up the radar gun like Andy Roddick used to.

With the variable use of radar guns and ATP-approved equipment in smaller events, not every serve is recognised by the ATP when it comes to breaking records.

Here are the top 10 recorded serves in tennis history…

Registered at the 2016 European Open, Romanian right-hander Marius Copil edges out Hubert Hurkacz and Taylor Dent to take 10th place on this list.

Copil has always been renowned for his accurate and powerful serve, though he has never made it above 56 in the world rankings.

One doubles title to his name is probably Copil’s career highlight, though it must have been an incredible experience to face Roger Federer in the final of the October 2018 Swiss Indoors.

It was the first round of the 2014 Aegon Championships when Feliciano Lopez recorded a career-high serve of 152 mph. It was the third-fastest ATP-recognised serve at the time.

Celebrating his 40th birthday in 2021, Lopez is not the force he once was and the serve is no longer quite as racquet-shattering. The Spaniard fell in the first round of all three Grand Slams in 2020.

Lopez has been a successful doubles player, winning the 2016 French Open and finishing fourth at the 2012 Olympics.

Joachim Johansson’s 152 mph serve in a doubles match in the first round of the 2004 Davis Cup is disputed and not formally recognised by ATP.

The Swede was at the peak of his powers at this point, and certainly had one of the bigger serves in the game.

Johansson won three ATP events and reached a career-best ranking of ninth in 2005. He even set a record for most aces in a match (which has since been beaten), but injuries unfortunately derailed his career.

Milos Raonic has been a Grand Slam dark horse for what feels like a decade. He’s one of the best Canadian players in history, and hit a career-high ranking of number three in the world back in 2016.

Even into his thirties, Raonic is still there or thereabouts, sitting just outside the top 10.

Novak Djokovic has noted how hard it is to return Raonic’s serve. Pete Sampras described it as ‘bigger than big’. The Canadian more than lives up to his ‘Missile’ nickname.

Raonic’s 155 mph serve came in the 2012 SAP Open, just as he was proving himself as an up-and-coming player.

He might be retired, but Andy Roddick is still one of the richest tennis players around. Roddick has an estimated net worth of $30 million – much of that wealth can be attributed to his speed-of-light serve.

Hitting the 155-mark back in the 2004 Davis Cup, Roddick held the title of fastest serve ever for a long time.

The former world number one is the most decorated player on this list – his game went far beyond the massive serve, including an every-bit-as-devastating forehand.

Roddick is 20th all-time in career earnings. Beyond this 155 mph effort from 2004, he holds serve records at several other events – no one has served faster than Roddick at Queen’s, the Australian Open and many other high-profile tournaments.

Another serve not recognised by the ATP, Jerzy Janowicz recorded a 156 mph serve at the 2012 Pekao Szczecin Open. Power was the fundamental part of Janowicz’s game, and it took him all the way to number 13 in the world.

Despite never winning an ATP event, the Polish right-hander was a scary opponent. He won matches against Andy Murray, Lleyton Hewitt and Jo-Wilfried Tsonga.

The record holder for five years, Ivo Karlovic is one of the biggest servers in the history of tennis. Still playing in his forties, Karlovic is as intimidating as he was when he broke the record in 2011.

The Croatian is the joint-tallest tennis player ever, standing at 6’11. His serve is not only incredibly powerful, but it also comes down from such a height, the bounce would often prove problematic.

John Isner’s serve is like something from one of the best arcade tennis video games. Isner’s 157.2 mph monster effort in the 2016 Davis Cup is the fastest tennis serve recognised by the ATP.

Isner might be best remembered for the epic match he played at Wimbledon, but his serve is what has made him stick as a top 50 player. Of course, the power of the serve also contributed to the length of that match back in 2010…

A 29-year-old from France with a career-best ranking outside the top 150, Albano Olivetti is a name only true students of the game will recognise.

Few tennis fans will have been tuning into the 2012 Internazionali Trofeo Lame Perrel–Faip when Olivetti became only the second player ever to break the 160 mph barrier.

Where Olivetti is pretty much an unknown, Sam Groth is slightly more recognisable. Now retired, the Australian got close to the top 50 during his peak in the mid-2010s. He twice made it to the Australian Open quarter finals.

Groth’s world record might not be recognised by ATP, but it’s still an incredible feat, which he achieved at a challenger event in Busan in 2012.

Find out more about our grandslam odds here at 888 Sport