10 Of The Best: Biggest Stadiums In The World Of Football

From the Melbourne Cricket Ground to Salt Lake Stadium, 888sport look at the biggest football stadiums around the world... 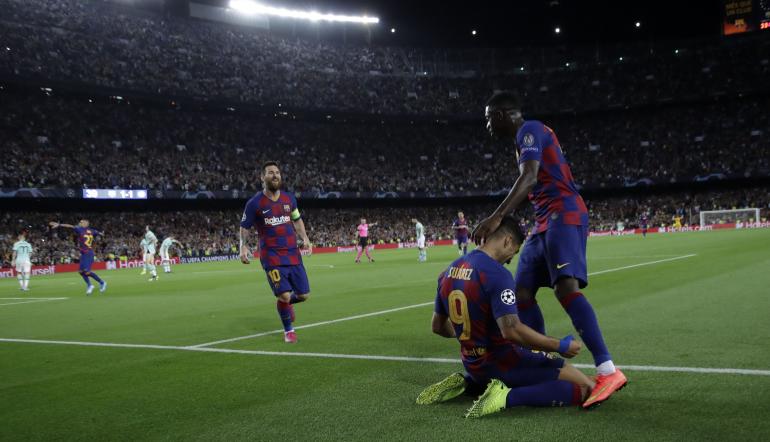 The largest stadia in world football are some of the most famous sporting venues on the planet. A mixture of history and modern investment, these arenas are a place of pilgrimage for many football fans.

Stadium tours attract plenty, while a matchday experience at many of these venues is on the bucket list of football fans worldwide.

The list of the largest stadiums in the world ventures all over the globe, featuring some stadia you might not have expected. Other more familiar arenas appear, too.

Located in Pyongyang and home of the North Korean national team, Rungrado 1st of May Stadium is the largest football venue on the planet.

There are claims that the capacity is closer to 150,000, but it’s thought to be more like 114,000. Even the lower number makes it the biggest stadium in the world.

Arirang Festival is hosted at Rungrado and it is also used for the Pyongyang marathon. The design resembles a magnolia blossom, with 16 arches giving it a unique appearance.

The name is a bit of a giveaway – this ground’s main reason for existence isn’t soccer. The MCG is an iconic cricket venue, and it has been used for countless other sports.

The Australian soccer team have played there frequently, and Manchester City and Real Madrid met at the ground as recently as 2015 in front of a crowd just shy of 100,000.

The MCG hosted the first ever cricket match in 1877 and boasts an impressive list of records. Statues of famous figures, such as Donald Bradman, can be found outside the stadium.

The upcoming expansion of Camp Nou will move it into second place on this list, but for now Barcelona’s home ground must settle for the final podium berth.

First used in 1957, Camp Nou was built to replace Camp de Les Corts, Barcelona’s former stadium that they had outgrown. It has been renovated often over the years, and has become one of the main tourist attractions in the city.

Securing football tickets for Camp Nou is high on the priorities of any football fan heading to Barcelona.

The largest stadium in Africa, FNB Stadium was renovated to be the hub of the 2010 World Cup. The venue was the site of Nelson Mandela’s first speech after his release from prison in 1990.

With the capacity limited significantly during the World Cup, FNB Stadium’s record attendance actually came in 2015 when Kaizer Chiefs hosted their bitter rivals, the Orlando Pirates.

Kaizer Chiefs are the main tenants of the stadium currently, though the South African football and rugby teams also play at the ground.

The Rose Bowl is located in Pasadena and is best known as the venue for the annual Rose Bowl Game. It is currently the 10th-largest NCAA venue, hosting the UCLA Bruins football team.

The home of some of the biggest attendances in English football, Wembley Stadium is the main venue for England’s home matches and was recently used by Tottenham Hotspur while their new ground was being built.

Boxing, American Football and rugby league are all often held at Wembley along with numerous concerts. Two matches in the 2015 rugby union World Cup were played under the arch, too, with both matches attracting over 89,000 fans.

Wembley saw one of the great modern upsets – going against all the football odds – in the 2013 FA Cup Final as Wigan beat Manchester City.

The official home of Club America and the Mexican National Team, Estadio Azteca is located at altitude in Mexico City. It was the first stadium ever to host two World Cup finals, with Brazil defeating Italy in 1970 and Argentina pipping Germany 16 years later.

Estadio Azteca is currently used by Cruz Azul and features an NFL game once a year as part of the league’s international series. It’s also scheduled to host matches during the three-nation 2026 World Cup.

A must-visit for football fans, the stadium is perhaps best known for Diego Maradona’s ‘hand of God’ against England in 1986.

Athletic events and music concerts also take place at the arena. Currently undergoing major renovation, the stadium will look very different in the near future.

The first phase has been completed, but the second phase will see significant alterations with a retractable roof, movable seats and plenty of new facilities added.

Often referred to as El Geish Stadium, Borg El Arab Stadium is an eye-catching venue and the second-largest in Africa. It’s officially listed as being in Alexandria, but it’s 25 kilometres away, located near the Borg El Arab beach resort.

Unsurprisingly, Borg El Arab Stadium is the home venue of the Egyptian National Team. Egyptian Premier League side Smouha also play at the 86,000 capacity stadium, while Al Ahly and Al Ittihad will occasionally take to the field, too.

Only one of the stands is covered by a roof, making the stands look all the more spectacular.

Salt Lake Stadium has an official name of Vivekananda Yuba Bharati Krirangan – it is the largest stadium in India, and previously had a capacity of 120,000. It was previously the largest football stadium in the world.

FIFA hosted a high-profile friendly at Salt Lake Stadium in 2011, which saw Lionel Messi and Argentina take the field against Venezuela. In 2014, it hosted the opening match of the Indian Super League.

The opening ceremony of the 2013 IPL season took place at Salt Lake Stadium too, and national athletic events are often hosted, though the 1987 SAF Games were the highlight.