Who Are The Best England One-Cap Wonders?

These players only made one appearance for England – but who is the best one cap wonder in Three Lions history? 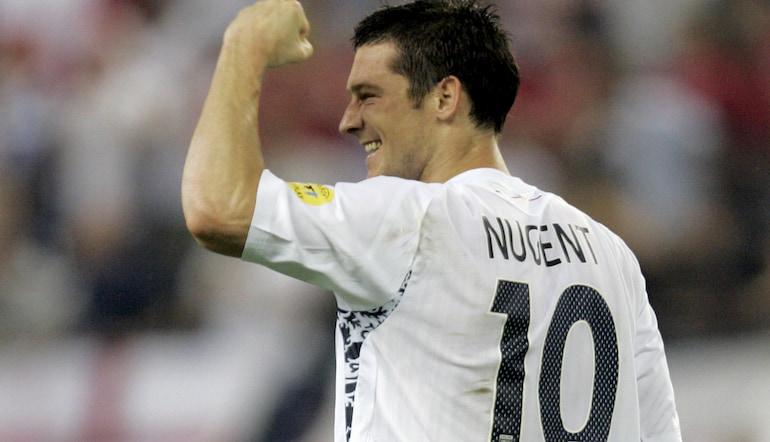 Playing for your country is a proud moment for any footballer. Some players feature for the national side for years, others have short lived spells in international football.

However, a select group of players make the ‘one cap wonders’ club. Exclusively for players to feature just once for their country, the list of footballers in this bracket is limited.

Best England Players With One Cap:

You won’t see any Ballon d’Or winners make the cut here but there are some Premier League veterans, as well as general icons of English football.

So without further ado, it is time to look back at 10 of England’s best one cap wonders, starting with former Bolton Wanderers man Michael Ricketts.

One of the best one season wonders in Premier League history, Ricketts was in fantastic form for Bolton Wanderers when he was called up for his England debut.

Playing a half against the Netherlands in February 2002, that England appearance seemed to have a negative impact on Ricketts as he failed to score for the rest of the season.

Barton was handed his England debut against Spain in February 2007, coming off the bench to replace Frank Lampard with less than 15 minutes remaining.

He was something of a journeyman at club level, playing for the likes of Manchester City, Newcastle United and Burnley. To say his England career was short lived is an understatement.

Rodriguez was widely regarded as one of England’s top prospects after impressing during his time at Burnley and he enjoyed a prolific start to life at Southampton.

He earned his first England cap ahead of a clash with Chile in November 2013 but a career-threatening knee injury all but ended his chances of competing at international level.

Probably the most famous England one cap wonder. To be fair to the former Portsmouth striker, he has a 100% goal scoring record for the Three Lions.

Nugent robbed a goal off Jermain Defoe in England’s victory over Andorra in March 2007 and he is one of only three players to win just one cap and score for England.

A Premier League champion, a Golden Boot winner and a UEFA Cup runner up yet Sutton earned just one call up for England during his professional career.

Sutton’s fall out with Glenn Hoddle didn’t help his cause but it is a travesty how a prolific Premier League goal scorer recorded just one appearance for the national team.

A fan favourite at Leeds United, Bowyer was a controversial figure on and off the pitch. We all remember his clash with Newcastle teammate Kieron Dyer, right?

Bowyer was a livewire and he earned his first England call-up against Portugal in September 2002. He recorded an assist for clubmate Alan Smith but that would be his only England appearance.

Your stereotypical Sam Allardyce forward, Davies became the oldest England debutant in 60 years when he featured in a European Championship qualifier against Montenegro in 2010.

At the time, Davies was 33 years old but he would go on to play for another five years. His England career, however, was over as quickly as it had begun.

In a similar way to Rodriguez, Ashton was very unlucky with injuries just as he was starting to build momentum at the highest level of English football.

He was never the same after suffering a serious ankle injury in an England training session but he did manage to earn a cap against Trinidad and Tobago during Fabio Capello’s tenure.

Jarvis became the first Wolverhampton Wanderers player to appear for England since 1990 when Capello selected him to play against Ghana in March 2011.

Unfortunately for Jarvis, his England career ended on that same day but he played at West Ham United and Norwich City before dropping down to the lower echelons of English football later in his career.

Shawcross faced a baptism of fire on his England debut against Sweden in November 2012 – Zlatan Ibrahimovic isn’t the easiest player to face in your first international outing.

The iconic Swede scored four goals in a crazy game of football and that all but signalled the end of his England career. To this day, he only made one Three Lions appearance.