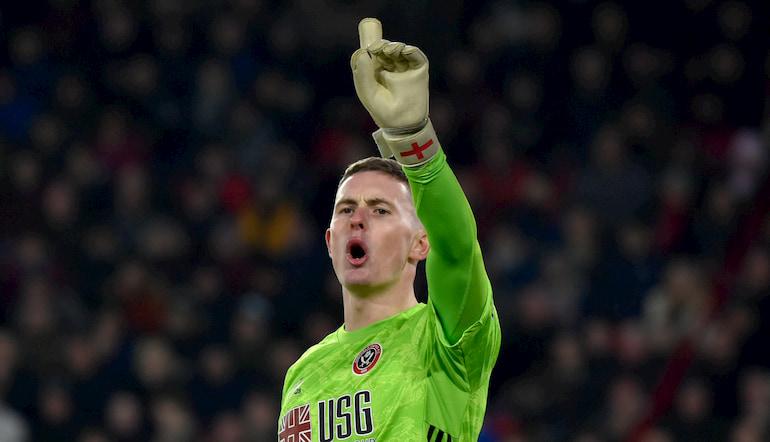 With UEFA confirming that the 2020 European Championship has been postponed until next summer, football fans will need to wait an additional 12 months for the next international competition.

The health and safety of the general public obviously comes first and even the most ardent football fan wouldn’t argue with UEFA’s decision. It isn’t ideal but it is definitely the right move.

For a few of England’s younger players, the delay could actually prove beneficial. Here, we look at five rising stars who could thrive for the Three Lions next summer…

Skipp has been very impressive since making his Tottenham debut last season and Spurs manager Jose Mourinho has been full of praise for the 19-year-old. He isn’t the most creative midfielder around but his energy and enthusiasm are infectious.

If he can work on his involvement in the final third of the field, Skipp could be set to enjoy a long and successful career at the highest level. At just 19 years old, the sky is the limit and he should thrive alongside England duo Dele Alli and Harry Kane.

With a full season of Premier League football under his belt, Gareth Southgate may consider giving Skipp a chance on the international stage.

Touted as England’s hottest prospect since bursting onto the scene, Foden has excelled for Manchester City during his short professional career. He has brought goals to his game this season, scoring seven goals in all competitions.

The 19-year-old has enjoyed plenty of success for club and country in recent years, helping England to the under-17 World Cup in 2017.

Foden was awarded the Golden Ball award for his performances throughout the tournament and he has come on leaps and bounds since then.

Foden has been tipped to lead England to World Cup 2022 glory in Qatar but it wouldn’t be a huge surprise to see the City midfielder shine next summer.

Tomori was a regular under Frank Lampard during his Derby County tenure and the Chelsea manager was quick to state that Tomori would not be going out on loan. In what is a bit of a makeshift Chelsea defence, Tomori has stepped up to the plate.

His playing time has took a hit in recent months though, with rumours suggesting a potential rift with Lampard. However, Tomori has the talent and mental strength to bounce back if given the opportunity – and he is bound to get chances at Stamford Bridge.

The Chelsea defender made his England debut against Kosovo in November 2019 and Three Lions fans will be keeping an eye on his progress ahead of the Euros.

The Henderson vs Jordan Pickford debate will go on for another year but there is no doubt that the delay favours the Sheffield United star. With another year of Premier League (and possibly European) football under his belt, Henderson should be England’s number one.

Sheffield United are currently seventh in the Premier League table and Henderson has been a key reason for their success. Arguably one of the top three goalkeepers in England’s top flight on current form, the Blades shot stopper looks destined for the top.

Henderson is an elite prospect and he can be England’s top goalkeeper for many years to come. Watch this space, it won’t be long before Southgate comes calling…

Last but not least, we have Nelson. Still just 20 years old, the Arsenal forward has thrived in recent months. He has been getting into dangerous areas and manager Mikel Arteta will be reasonably happy with his progress in recent months.

Nelson has an excellent scoring record for the England under-21s, notching five goals in 10 international appearances. That will not go unnoticed by Southgate and the Three Lions boss will have Nelson down as a wildcard contender for the Euros.

Time is on his side but Nelson looks ready to take the next step – he could be Arsenal’s main man in the not-so-distant future.