Champions League: 10 Players With Most Appearances 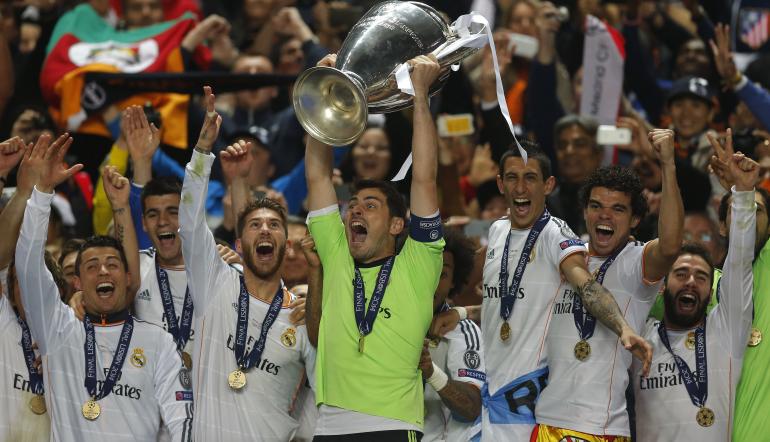 The greatest club competition on the planet, the Champions League is the pinnacle for any footballer based in Europe.

Appearing just once, hearing that goosebump-inducing song, could be the highlight of a player’s career. The greats of the European game, though, don’t get a solitary taste of the highest level of club football in the world.

A combination of being on successful teams and a long career has seen some players go well past the 100 mark when it comes to Champions League appearances. There are plenty of familiar names on the top appearances list, here are the top 10…

Widely considered one of the best players never to win the Champions League, Italian legend Gianluigi Buffon has appeared for three clubs in the competition; Parma, Juventus and Paris Saint Germain.

The vast majority (111) of those appearances came for The Old Lady, and Buffon has returned to Turin this season after a brief spell in the French capital.

Manchester United legend Paul Scholes isn’t even the highest capped United player on this list. A career that started in 1993 and ended in 2013 gave him plenty of time to collect Champions League appearances with countless deep runs in the competition.

Suspended for the 1999 comeback against Bayern Munich, Scholes was pivotal for United’s 2008 Champions League win.

Few players can rival the European glory of Clarence Seedorf, one of the best midfielders of the last quarter of a century. Seedorf’s glittering career saw him feature in the Champions League for Ajax, Real Madrid and AC Milan.

Able to speak six languages fluently, Seedorf has a reputation as one of the brightest men in football, earning him the nickname ‘the professor’ while he was playing for Milan.

Those Barcelona teams, inspired by the peerless Johan Cruyff, changed the way football is played. Iniesta, along with his teammates (two of whom feature further down this list), holds a significant place in football history.

Champions League highlight: At the end of a controversial match, Iniesta unleashed an inch-perfect strike to silence the Stamford Bridge crowd and knock Chelsea out of the 2008/09 Champions League.

One of a few active players on this list, Lionel Messi may well be top of the pile by the time he calls it a day. Much like his Ballon d’Or cabinet, Messi’s Champions League medal haul could be much greater.

With four to his name, though, the masterful Argentinian has had his fair share of Champions League parades and his presence keeps Barcelona as a frontrunner in 888sport’s football betting.

Champions League highlight: There are a lot of options, but the 2011 dismantling of Manchester United in the final ranks top.

Like his long-time teammate and fellow ‘Class of ‘92’ member Paul Scholes, Ryan Giggs made all 141 of his appearances in the red of Manchester United.

Twice winning the tournament and named in the ’10 seasons Dream Team’ in 2002, Giggs’ European career was every bit as successful as it was domestically.

Raul made a whopping 940 appearances throughout his club career, and over 140 of them came in Europe’s premier competition. Unsurprisingly, 130 of those were for Real Madrid with just 12 in the blue of Schalke.

Twice named Champions League top scorer and winning the competition on three occasions, Raul enjoyed the European stage alongside some of Europe’s best talents of the era, including Zinedine Zidane, Luis Figo and Ronaldo.

Champions League highlight: Putting Real Madrid ahead against Bayer Leverkusen in the 2001/02 final before Zidane’s wonderstrike.

Registering 21 more appearances than his midfield accomplice Andres Iniesta, Xavi is arguably the greatest ever Spanish player. Alongside Iniesta and Sergio Busquets, Xavi completed the most dominant midfield in club football history.

His importance sometimes understated, Xavi was as key to those Barcelona sides as anyone, ticking over possession and orchestrating the press.

With the most Champions League goals and second-most appearances, Cristiano Ronaldo has delivered on the biggest of stages more often than not.

First tasting Champions League glory with Manchester United, the Portuguese superstar led Real Madrid to the end of their European drought and starred as Los Blancos lifted the trophy in four of five seasons.

Declining and no longer an integral figure, Iker Casillas departed after La Decima, which was his third Champions League triumph.

His 20 successive seasons in the Champions League is an all-time record, and one that was continued during his 27 appearances with FC Porto.

Described by no other than Gianluigi Buffon as the best goalkeeper of his era with his hands, Casillas was a stalwart for Real Madrid and Spain.

Champions League highlight: Keeping a clean sheet in the final against Valencia just four days after his 19th birthday.