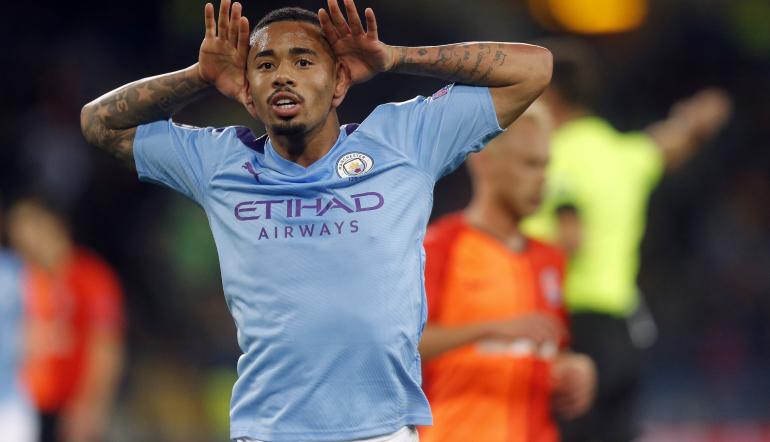 The opening set of Champions League games threw a bit of a spanner in the works for the Premier League teams. Chelsea and Liverpool suffered defeats at the hands of Valencia and Napoli respectively while Tottenham Hotspur let a two-goal lead slip against Olympiakos.

Manchester City were the only English side to open their European campaign with a victory – Pep Guardiola’s men ran out comfortable winners away at Shakhtar Donetsk. However, the Premier League clubs will be looking to bounce back at the first time of asking here.

Without further ado, let’s get down to the four matches involving English clubs. On Tuesday, Manchester City and Tottenham Hotspur will be in action with Liverpool and Chelsea playing on Wednesday night. Here are our best Champions League bets ahead of matchday two…

Kevin de Bruyne’s injury in the 3-1 victory at Everton put a dampener on Manchester City’s celebrations but that was a huge confidence-boosting win for the defending Premier League champions. Expect City to follow up with another convincing performance here.

Dinamo Zagreb have been scoring goals for fun in recent weeks, bagging 15 in their last four games in all competitions. The visitors will head to the Etihad Stadium in ‘damage limitation’ mode but punters may fancy Zagreb to test this City defence.

An early goal for City could see things get very ugly indeed for the visitors. Guardiola’s side put eight past Watford in their previous home game and 21/20 for over 3.5 home goals is very appealing indeed.

Tottenham got back to winning ways with a hard-fought victory over Southampton at the weekend. Spurs were down to 10 men for most of that match but showed lots of resilience to claim three points. Mental strength and focus will be key to their chances in this one.

Bayern have dropped just four points in their opening six Bundesliga matches but Bavarians fans will be more focused on Champions League glory. A win for the German giants in north London will put them firmly in control of Group B.

Robert Lewandowski has been in fantastic form so far this season and the Poland striker can add another goal to his growing tally. Back the Bayern forward at 7/2 to grab the opener – he could exploit Tottenham’s defence.

Liverpool have been relentless so far this season, winning seven in a row in the Premier League. Jurgen Klopp’s men will be quietly confident of putting Salzburg to the sword when they visit Anfield on Wednesday night.

Salzburg are more than capable of putting Liverpool under pressure but sustaining that level of performance for 90 minutes is going to be difficult. The Austrian giants have bagged 40 goals in nine league games but this is a much tougher test.

Expect the Reds to go hell for leather after losing to Napoli in their previous European game. The Anfield regulars will be hoping for a dominant triumph and 4/5 for Liverpool to score three or more goals is the way to go.

Lille have been excellent in Ligue 1 but defeating Chelsea is no easy feat. The French side lost 3-0 at Ajax in their opening Champions League fixture but a return to home soil should give Lille a boost. The first goal in this contest could prove decisive.

Write Chelsea off at your peril. Frank Lampard has had a mixed start to life at the helm but the Stamford Bridge faithful believe that he is the right man for the job. Expect Chelsea to go close in their pursuit of glory in this particular clash.

Chelsea cannot afford to lose again and Lampard will have troops fired up and ready for the short trip to France. 11/10 for the Blues to claim a huge away win is well worth considering given what is at stake.