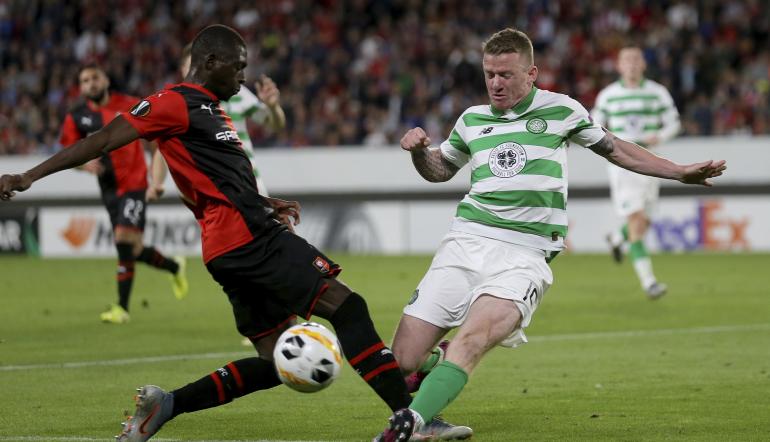 With the Europa League group stage tables starting to take shape, every game is vital in the race to qualify for the knockout rounds.

Manchester United, Wolverhampton Wanderers and Arsenal represent the Premier League while the two Glasgow giants Celtic and Rangers are flying the flag for Scotland.

Without further ado, let’s get down to the top Europa League betting tips. Fingers crossed for a successful four-fold on Thursday night ahead of the weekend.

Currently third in the Portuguese Primeira Liga table, Porto have been solid in 2019/20. The hosts have conceded four goals in their seven league games this campaign but they have yet to really assert themselves on the Europa League.

Rangers are level on points with Celtic at the top of the Scottish Premiership but Group G is wide open ahead of Thursday’s latest round of matches. With all four teams level on three points each, Steven Gerrard’s men will be determined to avoid defeat here.

However, the 9/4 available for Porto to win with both teams scoring could be the way to go. The hosts have enough quality in key areas to punish Rangers and Gerrard’s side will need to be way of an early Porto onslaught.

Partizan Belgrade are sitting pretty at the top of Group L but their status as leaders could be about to change in the coming weeks. The Serbian side will fancy their chances ahead of this clash though – especially as United may crumble in the hostile environment.

Manchester United were woeful against AZ Alkmaar in their previous Europa League game and Ole Gunnar Solskjaer will be expecting an improved effort here. However, this is not an easy place to get a result – particularly when confidence is at an all-time low.

It is hard to get overly excited about this game. United are incredibly dull to watch at times and Partizan Belgrade may not push too hard for three points. Expect a low-scoring affair at Partizan Stadium on Thursday night.

Arsenal were woeful against Sheffield United on Monday night and the lack of a Plan B is very worrying indeed for Gunners fans. Unai Emery has faced speculation surrounding his future at the club and another poor result here will only see pressure levels rise.

Vitoria have been solid without being spectacular this season – similar to Arsenal in a way. Fourth in the Portuguese top flight table, Vitoria have fallen short in the big games and this might just be their toughest test yet.

Take the 3/5 for Arsenal to take an advantage into the break. The Gunners have been hit and miss this campaign but Emery’s side should prove too strong for their opponents here. We could see Arsenal get back to winning ways in convincing fashion.

Celtic are flying at the top of the Scottish Premiership but they aren’t going to have it all their own way this campaign. Focusing on building momentum in Europe could be the key between success and failure in 2019/20 and Neil Lennon will be taking nothing for granted.

Most fans expected Lazio to claim three points against Cluj in their previous Europa League fixture but the Italian side were left embarrassed. However, they will be looking to bounce back at the first time of asking and cannot be dismissed lightly here.

Lazio are a decent outfit and the Serie A side can pick up a positive result at Celtic Park. It won’t be straightforward in Glasgow but an early goal can silence the home crowd and the 13/25 for Lazio to avoid defeat is a decent enough price.