The Europa League returns on Thursday evening – who are you backing to claim three points in the second round of group stage games? 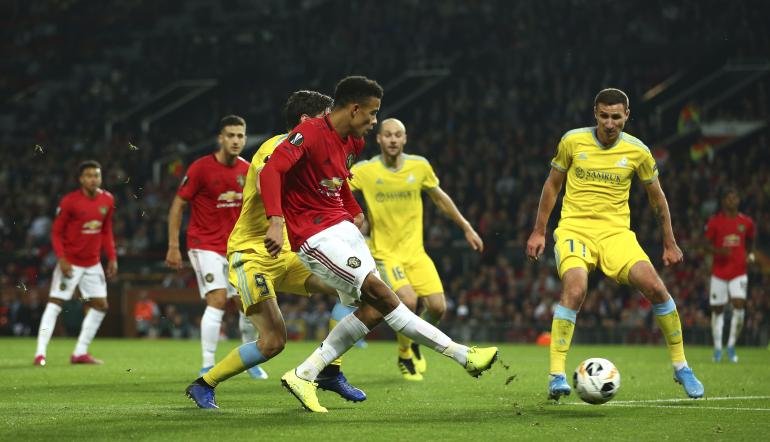 Focus and attention turns back to the Europa League on Thursday night, with five British clubs in action over the course of the evening.

Manchester United, Wolverhampton Wanderers and Rangers feature in the early round of games while Arsenal and Celtic will compete in the later set of matches.

Celtic and Wolves fell short in the opening set of group games but both clubs will be looking to bounce back at the first time of asking.

Without further ado, let’s get down to the top Europa League betting tips. Fingers and toes crossed for a winning four-fold accumulator this week…

Third in the Dutch Eredivisie table, AZ Alkmaar have enjoyed a positive start to the season. A 2-2 draw away at Partizan Belgrade in the opening round gives AZ the platform to build on and a return to the imposing AFAS Stadion could see the hosts claim three points.

With United struggling in the Premier League, Ole Gunnar Solskjaer could use the Europa League as the catalyst for success. Three points here will put the Red Devils in control at the top of Group L and it would take a brave man to back against the visitors here.

The Dutch side will be encouraged by United’s lacklustre start to the campaign but Solskjaer will have his troops fired up for the short trip to Holland. 18/5 for United to win with both teams scoring could be the way to go on Thursday night.

Currently second in the Swiss Super League, Young Boys are the only Swiss team left to taste defeat this campaign. Rangers will have their work cut out to slow Young Boys down – the hosts will fancy their chances of securing another big victory on Thursday night.

The 3/1 available for Rangers to win is a massive price but the Scottish giants may settle for a point in this one. Having secured a hard-fought win over Feyenoord in the opening round, Rangers will be looking to avoid defeat for the second Europa League game in a row.

Instead, punters should consider the 3/5 for both teams to score. Rangers will see chances fall their way and Steven Gerrard’s side have the attacking nous to take full advantage. At the other end, Young Boys carry a real threat and the selection looks very well priced.

Unai Emery’s side earned a point at Old Trafford on Monday night and Arsenal will be trying to build on that result. On paper, the 2018/19 Europa League finalists are a class above and Arsenal could prove too strong for their opponents at the Emirates Stadium.

Write Standard Liege off at your peril. The Belgian side are second in the domestic table and Liege have scored 21 goals in nine First Division A matches this campaign. Expect the visitors to put Arsenal under pressure at some stage on Thursday evening.

The Gunners will want to get off to a fast start and 3/4 for Arsenal to lead at half-time isn’t the worst price in the world. An early goal for the hosts could see the floodgates open and it wouldn’t be a huge surprise to see Arsenal dominate.

Celtic have been simply sublime in the Scottish Premiership, dropping just two points in seven league games. Neil Lennon’s side will be looking to claim victory here – defeat will put Celtic on the back foot in their bid to qualify for the Europa League knockout stages.

Meanwhile, Cluj are tricky opponents in European competition and they have already won against Celtic this season. However, with the Scottish giants now up to speed after a slow start to the campaign, it would be foolish to expect a similar effort from the visitors.

Punters expecting a Celtic backlash should consider the 41/50 for over 1.5 home goals here. The visitors knocked Celtic out of the Champions League in the qualifying rounds and this is the ideal chance for the Scottish side to get revenge.