Ian Rush EXCLUSIVE Interview: Klopp Ranks Alongside Shankly And Paisley As One Of Liverpool's Greatest Managers 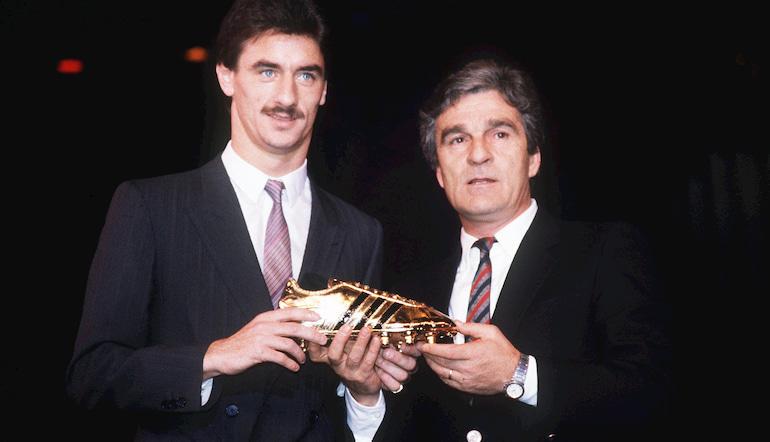 “If Liverpool retain the title then for me, Jurgen is right up there alongside Shankly and Paisley and Dalglish.

"Bill Shankly put the foundations in and Bob Paisley took them to a different level, and then you have Kenny Dalglish who was the last manager to win the league.

"Let’s not forget too that great managers have tried to win the league with Liverpool and failed.”

For two of those iconic names Rush scored by the bucketful becoming the club’s all-time leading goal-scorer in the process while giving countless goalkeepers nightmares that haunt them still.

It intrigues then that his modern-day equivalent Roberto Firmino is hardly known for being prolific, with the Brazilian failing to reach double figures in a campaign that saw his side gain 99 points and out-score everyone but Manchester City.

Rush however insists this is simply not an issue.

“People only realise how hard Firmino works when he’s not playing. And when he does play they just take it for granted.

"He maybe doesn’t score as much as a number nine should (but) his work-rate brings up everyone else’s work-rate – they think ‘well, if he’s doing it, I need to as well’.

"We have seen that with Mane and Salah who know they have to put a shift in.”

Who are we to argue with one of the deadliest marksman to ever stalk a penalty area, and if Rush is fairly blasé about Firmino’s strike-rate that extends also to a dry spell at Anfield that was in danger of becoming a curse.

“He only scored at Anfield in his last game, but I look at the games away from home and he has scored a lot of important winners in tight games.

You get players who only score at home, but they don’t do it when the going gets tough away. Firmino is the opposite.

"He will come up trumps when they’re up against it. He has won so many 1-0s away from home and that makes him that little bit special.”

All the same, it is for his sheer number of goals that the Welshman is most known for and so it is only natural that he expects to see an abundance of them in the months to come from Liverpool’s fearsome attacking trio.

“From Mane, Salah and Firmino you would be looking for 70 goals between them. That’s the quality they have and the amount of opportunities that will come their way.”

Not that Klopp’s ‘Mentality Monsters’ are defined solely by their front-line. On the flanks Andy Robertson and Trent Alexander-Arnold have been pivotal to Liverpool’s recent success, raising the bar for full-backing with consistently brilliant displays.

Indeed, so important have they become that Rush foresees a potential drawback on the horizon.

“They proved last year they were the best in the world going forward, with the goals and assists that they made, so I find it very difficult to find a better pair of full-backs.

"They were absolutely fantastic last season and offer a different attacking option. What we’re seeing now though is that teams coming up against them have seen the problem and counteract it by stopping either Trent or Robertson getting forward.

"They can do that down one side but not both. To contain them both is very difficult. Even so, Liverpool must overcome this.”

As they must also navigate the onerous demands of a new season that will surely be even tougher this time out than last.

With so many of Liverpool’s rivals stockpiling new signings in a bid to strengthen and compete does it concern the former striker that his club has been relatively quiet in the transfer window so far?

“In an ideal world everybody wants to make signings but the problem they have at Liverpool is if they sign someone, they are not guaranteed a place.

"They could sign a player for £80m but would they come without the guarantee of a first team place?

"That’s how strong this Liverpool squad is and that will only change if they get a few injuries. Barring injuries I think Klopp is happy with his squad.”

One name that has been repeatedly linked to the Merseyside giants is Thiago Alcantara from Bayern Munich. Would Rush like to see the midfielder in a different shade of red anytime soon?

“He is a fantastic player. I’ve watched him at Bayern and by winning the Champions League he has shown just what he can do. His experience alone would come into play if Liverpool did sign him.”

What a final Bayern appearance that was for Thiago. Class. #UCL

Perhaps one of the reasons why the champions have been so reluctant to get their chequebook out is an unwillingness to stymie the progress of an exceptional youth football academy, with youngsters pushing hard for a first team spot.

In Neco Williams, Curtis Jones and Harvey Elliott the future looks extremely bright for Liverpool and Rush believes it is a vintage that compares favourably to the best they’ve ever had.

“When I played for Liverpool, every summer we would sign two players. One experienced player and one younger player. Now Liverpool’s academy is that good they can forget about the younger player because they are bringing them through.

The last time you looked at a crop like they have now it was Steven Gerrard, Michael Owen, Jamie Carragher. That was a special time and this crop now are ready to break through.”

A fourth youngster is also knocking at the door only in Rhian Brewster’s case it appears his patience might be wearing a bit thin.

In recent weeks a number of reports have suggested the England under 21 international might be heading for the exit and this despite his immense potential.

“He is just looking forward and once you’ve been out on loan and come back then you want to play and be given a chance. I’m sure he now wants to be playing week in, week out.

"I think a lot of it depends if Origi stays. If Origi goes then Brewster might stay and learn his trade from the bench.”

This Saturday a line is drawn beneath a highly memorable season that saw Liverpool secure their first Premier League title for thirty years.

Now they must start all over again and they do so against a promoted side in Leeds United who will be hungry to prove their top-flight credentials.

Having played at Elland Road in the autumn of his career how does Rush feel about this renowned club returning to the big time?

“I am absolutely made up for Leeds. I played with them for a year and I know they are a big club with fantastic fans. On their day they are absolutely fantastic.

The problem they might have though is you can miss chances in the Championship and get away with it. You can’t in the Premier League. Leeds create many, many chances but miss them. They have to take them now.”

Once a marksman, always a markman. For the legendary forward, success and failure is always determined by goals. The Leeds United transfer news columns have been busy but will that translate to survival? Only time will tell.

Who Wins The Premier League Title?

If he stays fit, Sergio Aguero.

Who Wins The Champions League?