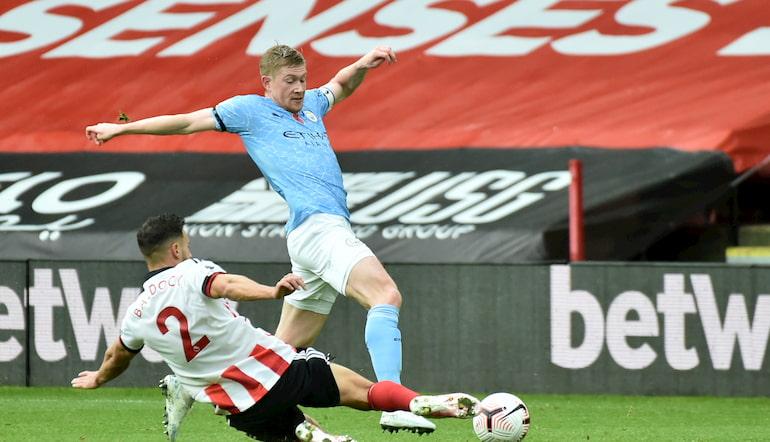 The numbers shown for a football player’s salary per week are enough to make most people wince, particularly when you compare directly to Championship wages and League One salary information.

Some are into the millions per month and many have passed the £100,000 mark, which not so long ago was reserved for only the league’s elite talents.

Premier League referee salary is incomparable to the riches of the players they must officiate.

Football is a sport based on financial disparity, and that concept shines brightly when we see how much the world’s best footballers get paid.

The average salary for a Premier League player moved to over £3 million per year according to the Global Sports Salary Survey in late 2019.

The average weekly pay for a first-team Premier League squad player is up over £60,000 per week, an increase of over £10,000 in just a couple of seasons.

Pep Guardiola’s players are the 13th-best paid sports team on the planet, but they are far behind Barcelona’s figure in this 2019 survey.

Barcelona came in with the highest average salary in the world, and Manchester United were second among English clubs.

The Red Devils had the 33rd-highest average salary for their first team thanks to bumper deals for David De Gea and Paul Pogba, who both rank in the top four by weekly wage.

Liverpool are champions and among the Premier League Odds favourites once again, but they only have one player in the top 10 in weekly salary and only have two players earning over £150,000 per week.

David De Gea, according to Spotrac, is the best paid Premier League footballer with a weekly wage of £375,000. That’s over £50,000 more than second placed Kevin De Bruyne, who receives £320,833 per week from Manchester City.

The size of Premier League wages is often a controversial topic. That’s particularly apparent when we look at the league’s highest earners.

Paul Pogba sits fourth and Mesut Ozil in fifth, two players who are subject to more than their fair share of criticism.

A new contract for Pierre-Emerick Aubameyang slotted him in at joint-sixth. His £250,000 per week is the same as Manchester United forward Anthony Martial.

Premier League wages continue to grow, and big contracts are handed out every season, but only 12 players are earning £200,000 or more per week.

Four of those are on exactly £200,000, including Harry Kane and Tanguy Ndombele, the first two Spurs players on the list.

They have the second-largest wage bill in the Premier League, but are yet to establish themselves as online betting title contenders.

The question of a Premier League salary cap is about levelling the playing field. Manchester United are spending 15 times more than Leeds on wages.

Aston Villa, Southampton and Wolves combined, three teams in the middle of the pack when it comes to player salary spending, spend less than Manchester City.

The gulf in wage spending continues lower down, too. West Brom, Sheffield United and Leeds, the bottom three teams, would rank 10th in the league in player salary if you added all of their players together.

That’s 83 players for slightly more than Villa are spending on 27 players.

A salary cap could be introduced in an attempt to reduce this inequality. The Premier League is never going to have 20 teams with the same wage bill, but they could close the chasm between the haves and have nots – would it benefit the competition?

Should Premier League Players Earn So Much?

The discussion around Premier League wages is one constant of modern life. It’s a debate that can get heated on both sides.

Premier League players earn way more in a week than most people do in a year, and that is always going to seem unjust to many.

It is a moral question as much as a sporting one. It’s fair to ask whether anyone should earn £300,000 a week. It isn't just the players earning huge sums of money though - the average football manager salary figures are also astronomical.

The pro-player view would pose that this money is generated by the success of the Premier League, for which the players are primarily reasonable.

Of course, if they did not demand such lofty wages, where would the money go? Could ticket prices drop? Or would the already billionaire owners just line their pockets further?

How Much Does A Premier League Player Make?

Premier League players make an average of £240,000 per month. David De Gea, the highest-paid player in the league, pockets £1.5 million every month.

Yes. Regardless of injury, matches or availability, Premier League players get paid every week.

Why Are Footballers Paid So Much?

Clubs are making more money than ever and this is being passed on to players.

Television deals and worldwide popularity have allowed the clubs to generate more revenue, and increased the demand for the top players. They have been able to command higher wages as a result.

How Much Tax Do Footballers Pay In The UK?

Footballers in the United Kingdom face a 45% income tax, but they have a much lower 19% corporation tax rate for image rights.