888sport's list of the 10 best football books around - agree or disagree with our selection? 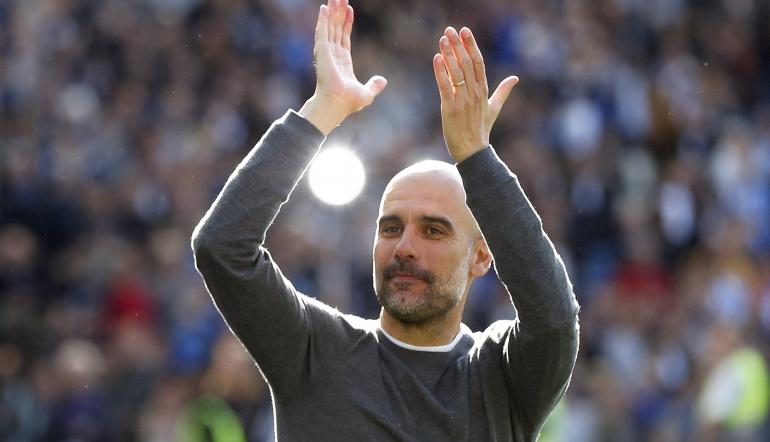 Sometimes living and breathing football isn’t enough. For a significant percentage of football fans, they need more football in their lives than that.

So, to add to living football, breathing football, people turn to reading football. Luckily, the world’s most popular sport could fill millions of libraries itself with the dressing room tales, rags to riches stories and tactical analyses.

When we’re not looking at the latest football odds here at 888sport, we’re often reading about sport – here are the top 10 football books ever…

Johan Cruyff’s autobiography is everything one would expect from a man renowned for his wit and intelligence as much as his turn.

Cruyff is brutally honest about his clashes with the Ajax and Barcelona hierarchies, and speaks proudly of his son Jordi, while maintaining that sprinkling of self-confidence that is so commonly associated with the Dutchman.

Football autobiographies are pretty varied, but Cruyff, like his play, is different. It’s the best of the lot, and covers his career – on and off the pitch – in captivating detail, speaking candidly about business errors, kidnapping attempts, glory and gutting defeats.

A common feature in our funny football quotes and the subject of anecdotes aplenty throughout his all-time great career, Brian Clough was a once in a lifetime manager and one of the most charismatic people to have graced the beautiful game.

This biography by Duncan Hamilton delves into Clough the man as much as Clough the manager. It has all the stories, but it gets deeper than that, it gives a real insight into the greatness of Clough and highlights some of his flaws.

If a book on analytics is called a ‘must read’ by Billy Beane, that’s about as high as praise can get. Chris Anderson and David Sally talk football analytics, the new way of looking at the beautiful game that has changed the sport at the very top.

Accepted ideas about football are challenged. New metrics are introduced. The Numbers Game, as Beane said, will change the way you think about football forever.

Inverting The Pyramid is an iconic book and should be at the top of any football fan’s reading list. Jonathan Wilson walks through the global history of football tactics from the early days of passing the ball through to Pep Guardiola’s Barcelona.

To understand how the game – on the pitch, at least – has evolved over time, Inverting The Pyramid is the book to pick up. The 10th anniversary edition is over 500 pages long – be ready for a deep dive into the intricacies of football tactics over the years.

Pep Guardiola is renowned for his hard rule about not doing one-on-one interviews. That makes writing a book about him particularly challenging, but Marti Perarnau still managed to produce a gem with Pep Confidential.

Perarnau observed everything over a year-long period while Guardiola was manager of Bayern Munich, gaining a brilliant insight to the man who has changed modern football and constructed some of the best teams ever seen.

Perhaps the most well-known part of the book is when Guardiola distances himself from ‘tiki-taka’.

Being a football scout is painted as a glamorous profession. TV interviews after you’ve discovered the next big star are the exception, not the rule, however.

Michael Calvin talks to scouts about the grind for the vast majority, cold nights watching reserve matches, and barely getting their travel costs covered.

It’s working in football, and like so many doing so, it’s about pursuing a dream. If you’re away from the elite, though, scouting can be a lonely and testing existence as Calvin documents.

Jonathan Wilson’s Behind The Curtain might not be as well known as his more recent book Inverting The Pyramid, but it’s every bit as fascinating.

Wilson takes a look behind the Iron Curtain at football in Eastern Europe and the impact that the turbulent political times were having on the beautiful game.

You don’t have to be an international relations graduate to follow Wilson’s stories of football in Eastern Europe. A reminder of the political turmoil in Eastern Europe, and a dive into the world football beyond the superpowers of western Europe, it might be over a decade old, but it’s still well worth a read.

While the title sounds more like warfare than football, the book isn’t focussed on fan violence and brawls.

Instead, Simon Kuper discusses the reasons for football rivalry, what they mean to sets of fans and describes the history that sets the foundations for teams to despite one another to this day.

Like Wilson’s Behind The Curtain, Kuper spends plenty of time on football in Eastern Europe where rivalries are as fierce as anyone else in the world. Many would name this as the greatest football book ever.

Sid Lowe gives an incredible account of the history of Real Madrid and Barcelona’s rivalry, featuring interviews from some recognisable names, including Johan Cruyff, Zinedine Zidane and Raul to name just a trio.

From the Catalan Resistance of General Franco to the transfer of Alfredo di Stefano and Lionel Messi and Cristiano Ronaldo, this is a must-read for anyone with even a passing interest in Spanish football.

Two clubs with contrasting identity – Real Madrid the home of superstardom, Barcelona of Catalonian pride – are not just perennial Champions League contenders, they are the greatest of rivals. This book takes us through the journey to this point.

Better known for its success as a film, the Goal! film series was released as a book too, with The Dream Begins the first of the trilogy as Santiago Munez left the streets of Los Angeles for chilly runs along the beaches of the north east of England.

Munez went on to further glory after establishing himself at Newcastle, eventually joining Real Madrid. The books might not fit into the same category as others on this list, but its significant for those who grew up following the story of Santiago Munez and Gavin Harris.

Football
About the Author
By
Sam Cox