What is the greatest FA Cup game of all-time? 888sport pick their top five matches in England's oldest club competition... 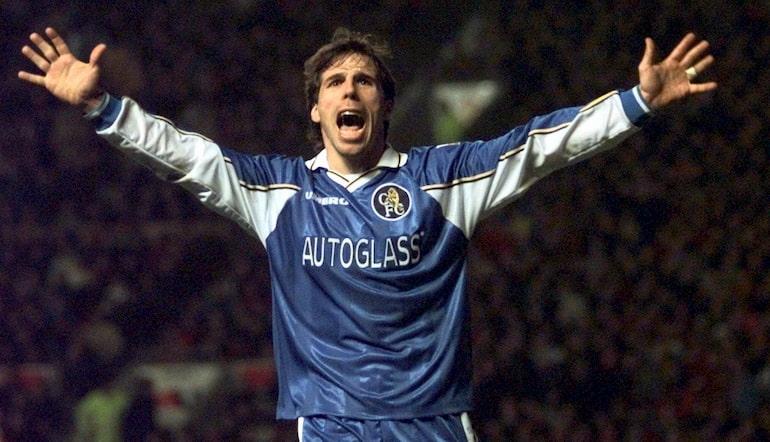 Although the FA Cup is a topic of controversy at times, the world’s oldest cup competition still provides excitement aplenty. There are underdog stories and thrillers every season.

A lot of time is devoted to asking whether the FA Cup is struggling. Perhaps more needs to be focused on the positives of the competition, the funding it brings for teams lower down the pyramid and the cracking matches it provides.

Not every team will take the FA Cup seriously – that’s okay. It’s a competition built on a wonderful history, and sometimes football needs to be reminded of that (beyond the montages run by TV companies when they’re hoping for a giant-killing).

This list looks back on the greatest ever FA Cup matches…

Chelsea’s comeback was impressive, of course, but Manchester City’s at White Hart Lane pips it.

City and Tottenham had drawn in Manchester 11 days prior, forcing a fourth-round replay in north London. As 30,000 or so fans looked on, Tottenham took what appeared to be an unassailable lead in the first half.

Ledley King and Robbie Keane scored early on, King finding the net from outside the box and Keane converting a chance created by a long ball from Stephen Carr.

Nicolas Anelka, City’s main forward at the time, went off injured soon after and was replaced with the less talented Jon Macken.

Just before the interval, Joey Barton picked up a booking for a foul outside the area. Christian Ziege converted the free-kick. Barton was sent off for arguing with the referee down the tunnel at half-time.

Sylvain Distin made it 3-1 from a set piece just after the break. A deflected Paul Bosvelt shot reduced the deficit to one, and Shaun Wright-Philips lobbed Kasey Keller to equalise against all odds.

Macken, who missed a key chance in the first leg, made it 4-3 in the 90th minute as City completed an improbable, almost unimaginable, comeback.

Chelsea were a flair team in the late 1990s, led by Ruud Gullit and with talented players all over the squad.

Liverpool had been inconsistent when they headed to Stamford Bridge in January of 1997 for a fourth-round FA Cup clash that turned out to be a spectacular afternoon (for Chelsea fans, at least).

Liverpool boss Roy Evans used John Barnes in midfield, and the ploy worked out well in the first half. Liverpool took a 2-0 lead into the dressing room and it should’ve been three if not for a poor finish from Steve McManaman.

Gullit reacted, putting Roberto di Matteo on Barnes. Barnes was nullified, and Mark Hughes was thrown on up front.

Hughes, a battle-tested, physical centre-forward, caused Liverpool problems, scoring soon after the break and setting Gianfranco Zola up for the equaliser a few minutes later.

Not long after, Dan Petrescu found Gianluca Vialli to give Chelsea a 3-2 lead. Vialli got his second with 15 minutes to go, securing the victory the Blues and sending the Stamford Bridge faithful wild.

Chelsea saw off Leicester, Portsmouth and Wimbledon en route to the final. A wonderous Di Matteo strike in the first minute set them up for victory over Middlesbrough and ushered in a new era for the club.

The 2001 FA Cup final was the first that saw the two teams led out by managers from outside the British Isles.

Almost 600 million people watched the match around the world and over 72,000 were packed into Cardiff’s Millennium Stadium to see Liverpool win their sixth FA Cup.

Arsenal’s 13 triumphs top the FA Cup records, but 2001 wasn’t their year. They must have thought it was when Freddie Ljungberg put them ahead with little over 10 minutes to play, however.

Thierry Henry missed a chance to put Arsenal two up soon after, and Liverpool made the Gunners pay.

Robbie Fowler and Patrick Berger replaced Vladimir Smicer and Danny Murphy. As Arsenal piled on the pressure, Liverpool held them off.

Michael Owen then stepped up for Gerard Houllier’s side, tucking the ball past David Seaman after Arsenal failed to clear the ball.

With two minutes to play and already exhausted players dreading extra time, Owen stole the match for Liverpool in the 88th minute.

He latched onto a long pass from Burger, outpacing the Arsenal defenders and sliding it past Seaman into the bottom corner. Four days later, Liverpool won the UEFA Cup to complete a cup treble.

Commonly known as the Matthews Final, the 1953 FA Cup final was all about one man. Stanley Matthews lit up Wembley as Blackpool overturned a two-goal deficit to snatch victory in the 92nd minute.

Matthews got his hands on the trophy that had eluded him, but Stan Mortensen made history himself, becoming the first and only player to score an FA Cup final hat-trick at the old Wembley.

Matthews is one of the greatest English players ever, and this might just be his finest moment of all. Nat Lofthouse, despite suffering defeat, is believed to have stood and applauded.

After a bore draw at Villa Park in the first clash, Arsenal and Manchester United went to a replay at the same venue three days later.

Alex Ferguson was eyeing up a treble, and he had to get past their greatest title challengers and rivals. The stage was set for an epic FA Cup encounter.

A delightful early goal put United in front, but a deflected Dennis Bergkamp shot levelled it up after the hour mark.

Down to 10 men, Ryan Giggs scored one of the greatest goals in FA Cup history, weaving past defenders before smashing it into the roof of the net.

It was a brilliant match between two great teams. The team sheets were littered with big names – few FA Cup matches are as memorable as this one.