What Characteristics Do You Need To Become A Successful Football Manager?

Scroll down for our five key traits that can help football managers to become successful... 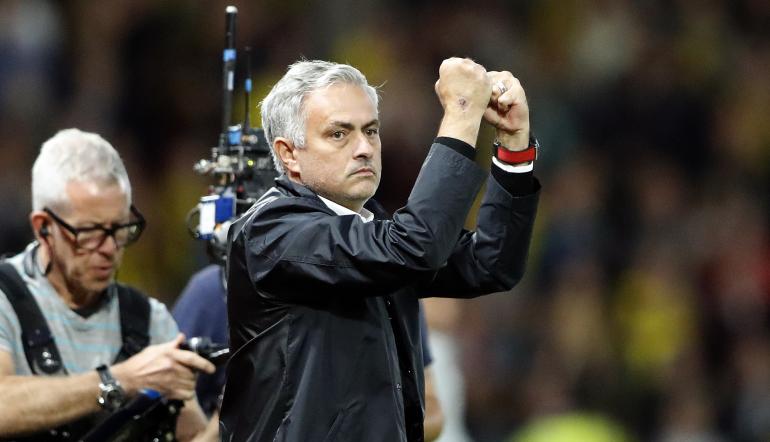 The job of football manager is a unique one. The pressure is enormous, the rewards are spectacular, and the pay – at the highest level at least – is obscene. The world is watching, judging every decision you make. Pundits analyse how you’re doing your job in real-time.

It is cutthroat in a way that most people cannot relate to. A poor few weeks can result in being handed your P45, and sometimes see thousands of people vocally turn against you. It’s a strange job, one that tests human beings in many different ways.

Whether a manager chooses to read the papers or not, criticism is impossible to avoid. Everyone has an opinion on your substitution at half-time, everyone thinks they could do your job better than you could.

Even before the crowd have turned against you, a manager needs to have a thick skin; the criticism and abuse needs to bounce off.

Balancing resilience with a willingness to listen to others isn’t easy, but the best managers find a way to hit that happy medium.

Surviving as a football manager at the highest level would be impossible if a manager took every word written about them to heart.

Not everyone can think on their feet. Football managers need to be able to do it in various situations.

Sometimes it’s about in-game tactical decisions, sometimes it’s negotiating a challenging press conference and avoiding a fine in a post-match interview with Geoff Shreeves. Freezing on the spot isn’t an option.

Arsenal manager Unai Emery has struggled with this at times, making peculiar substitutions. Others have stumbled in press conferences, stumped by a question or giving an inflammatory answer.

There are frequent hurdles in the life of a football manager – there’s seldom time to ask for advice or ponder the best response. Being able to quickly and clearly process decisions is a must.

An important part, this. The very best football managers, aside from their ability to deal with the press or motivate their players, can get the better of their opposite number.

It can be a change in formation, an intelligent press or an inventive set piece, but whatever the form, elite football managers find a way to impact matches.

Some of the best football books focus on the tactical evolution of the sport. There are managers in the sport’s history, from Rinus Michels and Arrigo Sacchi through to Pep Guardiola and Jurgen Klopp, who have redefined how we view the game.

Their tactical nous has not just cemented their place as iconic figures of the game but elevated their clubs and players. Not every manager needs to be Michels, though bosses that reach the very top will rarely be tactically outdone by opponents.

This links into a few of the other characteristics. Decisiveness is important enough to warrant its own section here, however.

Dithering not only attracts easy complaints, it can cost your team points. In a press conference, a lack of decisiveness when answering a question will lead to hundreds of articles reading into every second of umming and erring.

Not every manager has control of recruitment, but those that do need to be clear with their plan. Failing to decide whether they want to sign someone can lead to a rival snapping them up - Arsene Wenger’s tales of missing out on stars are a good example.

The best managers are proactive on the touchline, making a change before others would have considered it. They address weaknesses in the squad before it has become a topic of discussion.

Decisiveness is vital, and it’s usually seen in managers who aren’t afraid to make a mistake.

Perhaps the most obvious for anyone in a leadership position, being inspirational is crucial for a football manager.

Premier League managers, regardless of where their teams lies in the latest football betting, are leading a squad of immensely wealthy individuals, often from vastly different backgrounds and speaking several different languages.

It’s not about inspiring for the derby match - that should be easy enough.

It’s finding the way to motivate the team for a comeback in a match they’re meant to win, it’s eking every bit of talent and effort from your players. It’s generating a team spirit, producing a unit that performs greater than the sum of its parts.

Alex Ferguson inspired his Manchester United sides to comeback on countless occasions. Jose Mourinho developed a bond with his players in his first stint at Chelsea that saw them become back-to-back Premier League winners.

Managers have different ways of inspiring, of motivating, but the best of the best get that little bit more out of their players.

Football
Football Managers
About the Author
By
Sam Cox