Top 10 Football Players Who Played For Barcelona And Real Madrid

El Clasico is one of the biggest rivalries in football but which players have appeared for both Real Madrid and Barcelona? We look at 10 of the best... 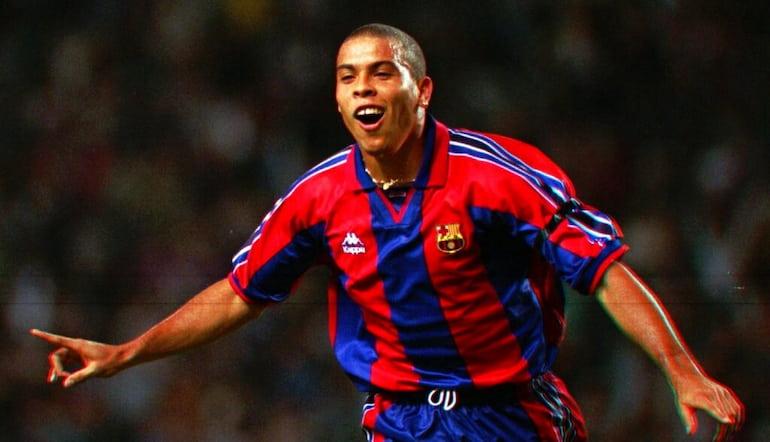 Few players have been talented or brave enough to represent both of Spain’s behemoths, fierce rivals in every sense.

These ten somehow pulled it off, some in style, others with the carcass of a farm animal thrown at their feet.

A pig’s head nestled on the Camp Nou touchline will forever remain one of football’s most infamous images, hurled by an incandescent Barcelona supporter towards a player recently adored in Catalonia, now loathed.

Luis Figo’s €62m switch between Spain’s two behemoths still retains a good dose of shock value nearly a quarter of a century on. At Barca he was part of a brilliant attacking trio with Rivaldo and Patrick Kluivert, their goals contributing to two La Liga titles.

At Real, the slaloming Portuguese great won a further two league titles as well as the Champions League. He also gained the key ingredient to a rustic soup.

Real Madrid are strongly fancied to go far in Europe once again this year, and find themselves part of our Champions league final betting.

The original, and arguably the best Ronaldo bedazzled both Camp Nou and later the Bernabeu and it says much about his genius and geniality that he is still cherished by both fan-bases.

It took a world record fee of €19.5m to dislodge the generational talent from PSV in 1996 yet Barcelona only had him for a season until Inter Milan swooped with another world record sum.

What a season it was though, with the Brazilian ace scoring 47 goals in 49 games, some of which should have been hung in a gallery.

At Real, injuries sustained in Italy had started to take a toll but there was still magic to spare.

Spain’s national coach made 157 appearances for Los Blancos, his scheming from midfield engineering a league title in 1995 yet love from the Bernabeu faithful always eluded him for reasons that are hard to fathom.

Any budding friendship however went out of the window when the 26-year-old moved on a free to Real’s historic rivals, quickly ingratiating himself in Catalonia with a series of displays that brought silverware to its capital.

Two La Liga titles were secured, with Enrique installed as captain before he moved into management, guiding Barca to a further two league successes and a Champions League triumph in 2015. From the East Stand to the Gol Nord, he was loved.

Only five other players have scored more La Liga goals than the legendary Argentine with almost all his astonishing haul of 227 converted in Real’s famous white shirt.

The rest came at Espanyol and it’s an understatement to say he would be a real betting favourite today for such prolificacy.

Did that mean he fired blanks during his short stint at Barca? Not a chance. When Di Stefano played, he usually found the net so complete a player he was. The problem was, he never actually turned out for Barcelona in a competitive fixture.

To explain this is to get to the heart of the perennial ill-feeling between the clubs.

In 1953 both Real and Barcelona fought for the emerging superstar’s signature and eventually the courts got involved, declaring that each club must share him, one season at a time.

Real got the forward first, despite the fact he had already played several friendlies in blue and red and somewhere along the line, the legal agreement became fudged.

Di Stefano stayed in Madrid with their rivals forever suspecting the country’s hated dictator and Real-supporting Franco was behind the duplicity.

The ‘Prince of Denmark’ was never less than a joy to watch, dancing around flailing challenges and spraying passes across the Camp Nou pitch.

As the creative force behind Johan Cruyff’s ‘Dream Team’ of the early Nineties, Laudrup orchestrated four consecutive La Liga title successes and on a rainy Wembley evening in 1991 helped Barcelona secure their first ever European Cup.

Unfortunately, if a player thrived under Cruyff they always tended to fall out with the Dutch master and a bitter dispute in 1994 saw the finest talent to ever come out of Scandinavia pointedly join Real, guiding them to a league crown in his opening season.

Our La Liga predictions have Real down to repeat that feat this coming May.

The outspoken German midfielder rarely enjoyed harmonious relationships with his coaches but given license to play to his strengths few were better with the ball at his feet.

The box-to-box maestro reached double figures in all-but-one of his eight years in Catalonia and was a commanding presence in the Camp Nou centre-circle.

A switch to Barca’s hated rival in 1988 seemed fitting for an always-contentious character who retired from international football aged just 24 due to differences of opinion with his head coach, several team-mates and the German FA.

Brought over from the Kadji Sports Academy in Cameroon, a teenage Eto’o struggled to make the grade at Real and this hardly surprises considering the wealth of attacking talent the club possessed at the time.

A move to Mallorca therefore made sense for all concerned, and 54 goals on the island was enough to convince Barcelona to shell out €24m for his services in 2004, one of the biggest La Liga transfers of that era.

Five years of outstanding forward play from the lethal frontman ensured it was a decision they never regretted.

At the turn of the Millenium, World Soccer magazine voted the ridiculously skilful Romanian in as the 25th greatest player of the 20th century.

The ‘Maradona of the Carpathians’ was a genius on his day and merely a very special talent the rest of the time.

Alas, if his timing in possession was unerringly metronomic, Hagi was less attuned to judging when to sign for big clubs, arriving at both Barcelona and Real Madrid during fallow periods in their history.

Only two Spanish Super Cups from a combined four years is a poor return for one of the most gifted stars of his, or any other, generation.

In the summer of 2018 Lopetegui, a former goalkeeper who was largely a back-up at both Real and Barca, was the talk of the footballing world on being sacked as Spain’s manager just prior to the World Cup.

His crime? Revealing that he had accepted an offer from Los Blancos to manage them after the finals.

To compound his misfortune, he was sacked once again just three months later, as his tenure at the Bernabeu started badly, then went worse.

Now, the studious 55-year-old is in the process of rebuilding his managerial reputation, taking Sevilla to the giddy heights of a title challenge with the latest football odds pitting the traditional outsiders as genuine contenders.

There are no prizes for guessing who they are up against.

Before La Liga there was the Campionet de Catalunya, a league format that was absolutely dominated by FC Barcelona who won it a remarkable 21 times from 1904 to the start of the Second World War.

Pivotal to 12 of those successes was Samitier, a midfielder who single-handedly reinvented the role with his unusual – for the time – actions leading to his lifelong nickname of ‘The Surrealist’.

It was an apt moniker in another way too, as one of his best friends was Salvador Dali.

And it was friendship that ultimately led to this Barcelona legend moving west to Madrid, as the veteran all-rounder reunited with two former team-mates in 1932.

He was also quite pally with Franco by all accounts but let’s overlook that as it’s otherwise quite a feel-good tale.