Formula One: Top 10 Circuits To Have Hosted The Most Races

Which F1 venue has hosted the most Grand Prix races? Our writer counts down the top 10... 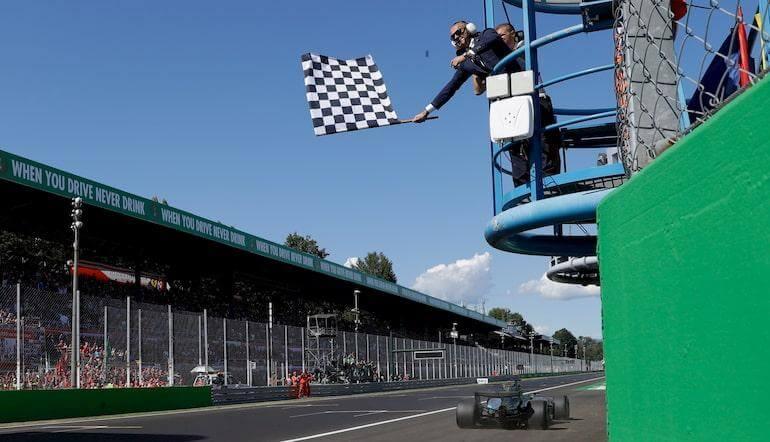 History is a big part of Formula One, more so than some other sports. The venues, while developing every year, are more than tarmac and crowds, they are places at the very heart of motorsport.

Circuits have their own characteristics. They have images forever associated with them, and corners that others try to replicate. For those wondering if Formula One can bounce back, the venues are rarely the issue. The support is incredible across the world, too.

New races are added every year. Hanoi was the headline arrival for the 2020 Formula One campaign. There are others that are as good as guaranteed to appear on the F1 calendar.

Only one Formula One season did not include a Grand Prix at Monza. The 3.6-mile circuit is the quickest on the calendar, forcing teams to set their cars up for the highest top speed. It’s a weekend where power units reign supreme.

Ferrari’s support at the Italian Grand Prix is the strongest of any in a Formula One season. Charles Leclerc made history in 2019, becoming the first Ferrari winner at Monza since 2010, ending Mercedes’ streak of five-straight wins.

No sporting event in the world matches the Monaco Grand Prix in the glamour stakes. Superyachts, partying and celebrity are what the weekend is about for many.

The track itself, despite having such racing heritage, seems surreal, the winding corners and water-side chicanes belong in a video game.

Winning in Monte Carlo means that bit more than other races. The great Ayrton Senna was the master of Monaco, winning six races, putting him ahead of Graham Hill and Michael Schumacher.

Silverstone seems to be constantly under threat. Financial issues have loomed over the British Grand Prix, but it is a crown jewel of the Formula One season and has hosted a race in every year since 1987. The first was in 1950.

Copse, Maggots, Becketts and Chapel represent what Silverstone is known for: fast corners. Drivers can lose a huge amount of time through those corners.

Valtteri Bottas obviously nailed it in 2019, as he set the lap record in qualifying. You can find Bottas’ odds to win the 2020 title in our F1 online betting.

A longer lap than any other in the top 10, Spa’s absence through the 70s was a result of a driver boycott over safety concerns.

The fast corners through the Ardennes Forest provide wonderful racing, but it has also claimed 52 lives, 48 of which have been competitors.

The first race, as the name gives away, was won by Gilles Villeneuve in 1978.

Montreal quickly became a mainstay of the Formula One season, and within a few years it had been moved from September to its current spot in June to avoid the dodgy weather of a Canadian autumn.

It’s a tight circuit, with unforgiving barriers embarrassing even the best drivers. Circuit Gilles Villeneuve is a serious test of skill.

Having been on the calendar as the Luxembourg Grand Prix, European Grand Prix and German Grand Prix, the Nurburgring is one of the most famous in sport.

It was first seen in Formula One in 1951 and has been on and off the calendar since then, with the most recent race taking place in 2013.

Sao Paulo’s Autodromo Jose Carlos Pace has been an ever-present since 1990, following a decade-long break.

Every year there seems to be rumours of a change to the Brazilian Grand Prix, and just a few months ago, it was suggested that Rio de Janeiro could be taking the race away from Sao Paulo in the near-future.

The venue has seen titles clinched, and improbable victors, but few have been as dramatic as Lewis Hamilton’s first crown in 2008.

Only taking place in alternate years through the 2010s has kept the Hockenheimring a bit lower on this list than we may have expected.

The 2019 race was chaos as heavy rain came on Sunday. Lewis Hamilton struggled on that occasion, but along with another contender to be the greatest F1 driver of all-time, Hamilton shares the Formula One record with four wins, his most recent coming 2018.

The mix of straights and a slow third sector makes Hockenheim an intriguing lap.

Located in Mogyorod in Hungary, the Hungaroring has featured in every Formula One season since its first in 1986.

The track took just eight months to build, but it was a bit of a consolation prize after plans for a Monaco-style race in Budapest were shelved.

Despite being difficult to overtake on, the Hungaroring has produced some epic racing down the years.

Nelson Piquet and Ayrton Senna’s duel stands out, and it has happy memories for several drivers who earned their first race victory in Mogyorod, including Jenson Button and Fernando Alonso.

Formerly known as the A1-Ring and Österreichring, the Red Bull Ring slots in at 10th on this list.