The 2020 Formula One season will be unlike any other - but will the change in format help or hinder Lewis Hamilton's quest for world title number seven? 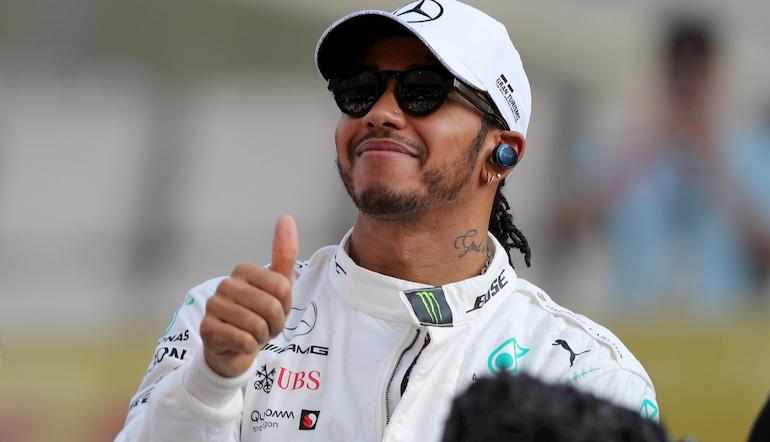 Once again, Lewis Hamilton is on the cusp of history. It is impossible to talk about the 2020 Formula One season without making note of the fact that Hamilton is one title away from equalling Michael Schumacher.

Hamilton stands alone on six, one behind Schumacher, one ahead of Juan Manuel Fangio. Mercedes are the F1 betting online favourites for a season that began with no knowledge of when it will end.

It is a season unlike before, tracks being competed on twice, and all under the cloud of uncertainty that plans could be derailed by the pandemic that has shaken the world.

Two races into the 2020 campaign, Mercedes are streets ahead – just as they were in the opening races of last season.

Ferrari have gone from serious challengers to a midfield also-ran. Max Verstappen drove well in race two, but his car let him down on the opening weekend, leaving him with an early deficit to Hamilton.

Speaking of deficits, Hamilton (thanks to a penalty in race one) is trailing his teammate Valtteri Bottas after two races despite a faultless performance in race two to take pole and the victory.

The shortened, and unknown length, season makes any gap more significant. Simply put, with only eight races confirmed when the season started, drivers have a lot less time to make up for a DNF or a disappointing finish.

Two races have since been added, in Italy and Russia, and more are expected to come, but the urgency to pick up as many points as possible is obviously greater.

Races are coming thick and fast. There are opportunities aplenty of in-play betting, but teams have limited time to work on and test upgrades.

A practice session was lost last weekend, and this weekend’s Hungarian Grand Prix will make it three race weekends on the bounce.

That should play in Hamilton’s favour. Mercedes are once again clear of the rest of the grid in early season pace – the limited time to work on upgrades, address reliability issues, makes it harder for teams to close the gap.

The Silver Arrows claimed the car was ‘critical’ in race one. Mechanical issues are oft-heard on team radio, Hamilton needs to be wary of X or Y, and messages along those lines, but reliability has been an integral pillar of their complete dominance of the sport over the best part of the last decade.

Sure, Hamilton will feel he dropped points in the opening race.

Of course, accidents can happen and Bottas can build a lead in the championship, but the Mercedes seldom fail to finish a race – Hamilton recently broke his own record for consecutive points finishes.

The six-time world champion, as that phrase shows, is a master of consistency. Hamilton strings together lap after near-perfect lap, he goes race upon race without a notable error.

Given the expectation of Mercedes each year, the disrupted season can hardly help Hamilton.

Less time between races, changes to how the race weekend works, should add an element of randomness, and that’s never going to be a good thing for a team as far clear as the Silver Arrows.

Bottas, who will almost certainly be Hamilton’s closest challenger, started strongly last season before falling off the pace. The Finn, in a much happier place after going through a turbulent period in his personal life, might stage more of a sustained challenge.

A veteran at challenging for titles, Hamilton has the experience of fighting over almost an entire calendar year to win.

Reducing that to a shorter period could work in the favour of the less experienced Bottas, an unquestionably talented driver who faces great external pressure to prove he can keep up with Hamilton and pressure he will have put on himself to become a world champion.

At 3/1, Bottas is the second favourite in 888sport’s Formula One betting odds.

Before the season started, a shorter campaign looked less favourable to Mercedes than it does now.

Ferrari were expected to be much quicker, and until racing had properly started, no one knew for sure what sort of pace teams were going to be at.

Although Verstappen’s Red Bull will win races and push the Mercedes hard, it already looks a straight shootout between Hamilton and Bottas.

We could dive deep into the tracks that are on the calendar and how Mercedes have done at each of them. The truth is, though, Mercedes have been competitive in pretty much every race over the last few years.

They prefer some tracks to others, but with the advantage they have over the field, they will be expecting/expected to win every weekend.

Hamilton is the overwhelming favourite to make it seven later this year. The format as it stands, and considering he holds a championship lead, slightly increases Bottas’ chances, but few will be picking the Finn over his teammate at this stage.

For any team or individual that dominates in a sport like Mercedes and Hamilton have, it’s difficult to envisage how they stop winning.

That is the case for Mercedes and Hamilton – they show no sign of slowing down.