The Best Driver Rivalries in Formula One History

Our writer looks at five of the greatest rivalries in Formula One history - do you agree with his choices? 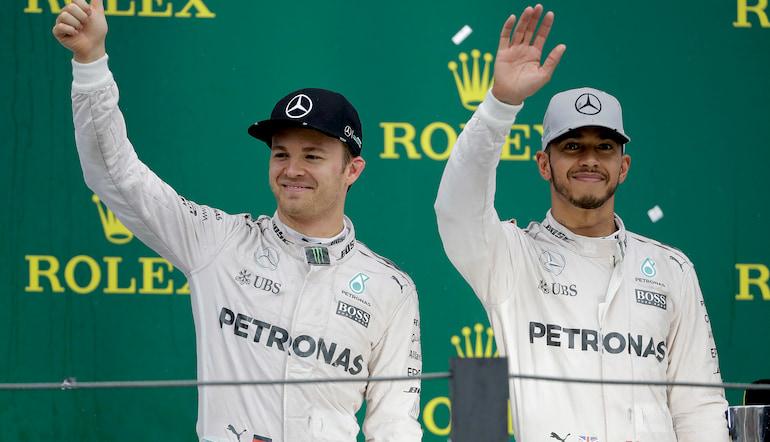 The greatest Formula One driver rivalries ignite a season. Each race is an episode in the long-running drama between two wildly competitive people, two of the most skilled drivers on the planet.

They can define careers, they have treated us to some epic Grands Prix at the most popular tracks in F1.

Formula One is a team sport. Thousands work for the teams and millions are invested, but it’s the drivers who are in the spotlight.

The drivers are criticised for an error on track, they take the podium on the good days. It is drivers, rather than teams, that develop a rivalry.

Featuring many of the most famous names in Formula One history, here’s our list of the best driver rivalries ever…

Pairing Ayrton Senna and Alain Prost sounds like a dream. Results-wise, it was.

Senna was disqualified after winning the race, a result that would have moved the title in his favour. The Brazilian claimed there was a conspiracy. The controversy rumbled on into the final race in Australia.

With Prost in a Ferrari in the following season, the pair once again collided at the Japanese Grand Prix. Senna slipped past Prost to take the lead, but as he did, the Frenchman shifted across, closing the gap.

They both ended up in the gravel: Senna was world champion.

Childhood friends Lewis Hamilton and Nico Rosberg had grown up racing together.

They celebrated Rosberg’s rookie podium together. They were together at Mercedes, Hamilton already a world champion and Rosberg looking to follow in his father’s footsteps.

The V6 hybrid era belonged to Mercedes, leaving Rosberg and Hamilton scrapping at the front of the grid.

A crash at Spa in 2014 was a taster of things to come. Rosberg famously threw the cap at Hamilton in 2015 following the Brit’s third world title.

The 2016 season, which ended in Rosberg’s maiden title, was littered with conflict between the two, on and off the track. Fittingly, Hamilton held the field up in the final at Abu Dhabi as he looked to snatch the title from his teammate.

F1 betting has favoured Mercedes over the last few years, but the 2016 season was hardest to call with how fiercely they were competing.

Rosberg retired after that campaign – Hamilton has won three more titles, putting him one behind Schumacher.

Following the tragic death of Ayrton Senna at Imola in 1994, Damon Hill’s rivalry with Michael Schumacher was born.

With Schumacher pushing for his first Formula One title at Benetton and Hill in the Williams, the championship was on the line as the season headed to Australia for the final weekend.

It was a definitive point in Schumacher’s career, a moment of racing controversy that led to the first of seven drivers’ titles.

After damaging his car, Schumacher was left helpless as Hill moved past. The title would have gone to Hill, but a collision at the corner saw Schumacher go out of the race and left Hill’s car damaged significantly.

It was an ugly way to be crowned champion. The rivalry built over the coming years, with Hill winning his solitary title in 1996.

Polar opposite personalities, James Hunt and Niki Lauda’s rivalry was so spectacular that it warranted its own Hollywood film and plenty of documentaries.

The 1976 season was extraordinary to the point it was barely believable. It was made for Hollywood.

Hunt fitted into the film star mould. He was equal celebrity and racing driver. He partied, he enjoyed the lifestyle Formula One allowed him to have. Lauda, in stark contrast, was committed to the sport above all else.

Lauda’s horrific accident at Nurburgring followed his win at the British Grand Prix, a victory he inherited from Hunt.

Few, if any, sporting comebacks compare with Lauda’s return later that season, but it didn’t have the fairy-tale ending so many hoped for.

Hunt’s charge continued, and Lauda only picked up a handful of points on his return, allowing the Brit to win the title at the final race.

Although only together for one year at McLaren, Lewis Hamilton and Fernando Alonso managed to develop a toxic atmosphere, ruining the team’s title chances in 2007.

Kimi Raikkonen and Ferrari ended up with the championship after errors from Alonso and Hamilton as their relationship soured.

It was a new driver pairing, Hamilton a rookie and Alonso a reigning two-time champion. Hamilton took no time to settle into Formula One, however, and soon proved to be the quicker of the two.

A look at their CVs would have made Alonso the definite number one driver, but it proved a trickier situation for McLaren to navigate with Hamilton pushing for the title.

The spygate scandal loomed over the season, and Alonso ruined Hamilton’s qualifying at the Hungaroring.

The relationship worsened between Alonso and Hamilton, and Alonso and the team as the year progressed. The Spaniard left for Renault at the end of the campaign and Hamilton lifted his first F1 title in 2008.