How much is Frank Lampard worth? We look at Lampard net worth figures, as well as the Chelsea legend's life off the football pitch 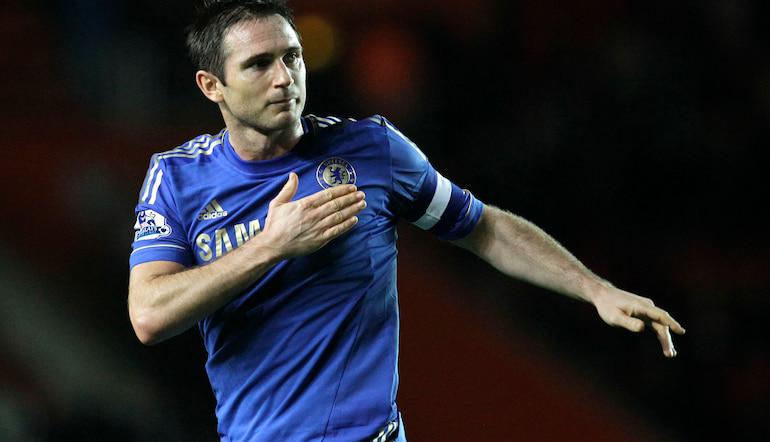 Born in June 1978 in Romford, London, Frank James Lampard would excel at football from a young age, joining West Ham’s academy as a teenager, the same club his dad played for.

After an £11m move to Chelsea in 2001 his career really took off, developing into one of the most accomplished players of the Premier League era, winning a succession of trophies at the club, including the Champions League.

After retiring, he has had mixed fortunes as a manager, and is currently considering his next role. But with a phenomenal playing career behind him he will have amassed significant wealth.

How Much Is Frank Lampard Worth?

Lampard’s elite gift for football has allowed him to accumulate a huge net worth, calculated at £65m. In 2008 he became the highest-paid player in the Premier League with a contract worth £39.2 million over five years, equivalent to £140,000 a week.

Success saw him make millions from sponsorship deals, and ironically the twilight of his career coincided with some of his highest earnings. In 2015 Forbes listed him as earning £15.5m per year because of the global brands he was attached to.

Despite moving from playing to coaching, Lampard’s earning power has remained high, and he was not retired long before taking on his first managerial role at Derby County. Lampard then became Chelsea manager with a deal worth £75,000 a week.

The club agreed to continue paying his wages after his dismissal until the end of the 2020/21 season, and furthermore his worth has been greatly enhanced by book sales and property.

In December 2015, Lampard married TV personality Christine Bleakley, six years after the couple has met at the Mirror’s Pride Of Britain Awards. Frank proposed on Santa Monica beach in Los Angeles with a ring he had designed himself.

Christine was born in Newry, Northern Ireland in November 1979. She made her big breakthrough on British television when announced as the co-host of the One Show in 2007.

She has gone from strength to strength since then, hosting a wide range of shows, her relatability in front of a camera culminating in her signing a £4 million contract with ITV in 2010.

After a hiatus from broadcasting following the birth of her second child the popular presenter is due back on our screens in 2021 guest-hosting Lorraine.

The secret to a happy relationship according to Christine is to make each other laugh and hold regular date nights.

Frank has two daughters with his ex-fiancée, Elen Rivas – Luna and Isla, born in 2005 and 2007 respectively.

Sadly, after seven years together, Frank and Elan split up in 2008, and Elen has since commented that she feels relief that her two children were old enough to cope with the end of their relationship.

They remain very close to their father and used to watch all his matches when he was a player. Both parents are naturally protective and keep them out of the public eye.

He also has two children with his wife Christine Lampard. Their daughter was born in 2018 and named Patricia, after Frank’s mother, who sadly passed away in 2008 at the age of just 58.

In January 2021 the couple announced that they were expecting a second child together, and Frederick was duly born in March 2021, making Frank a proud father of four.

Lampard is the highest scoring midfielder of the Premier League era and is fifth in the all-time list.

He would end up with 177 goals from 609 games, an amazing return for a non-striker. Even more astonishing is that his goal haul from midfield makes him Chelsea’s highest ever goal-scorer too.

In the eternal Lampard v Gerrard v Scholes debate, those favouring Lampard can always point to his goals tally . He averaged 0.29 goals per game, compared to Gerrard’s 0.24, and won the Ballon D’Or Silver Award in 2005, just edging out Gerrard.

His greatest goal tally came in the 2009/10 season, when he scored 22 goals in 36 appearances, the fifth successive season he had hit 20 goals or more in all competitions for Chelsea, who secured the League and FA Cup that year.

His ability to score from midfield is widely respected by one and all in the game.

One of the greatest midfielders in the modern era won a wealth of trophies during his 13 years at Chelsea.

Domestically, he helped win the Premier League trophy three times, plus four FA Cups and two League Cups. Perhaps the biggest success of all was the Champions League trophy in 2012 which was followed the next season with a Europa League triumph.

Away from Chelsea, his only other trophy was the now defunct Intertoto Cup with West Ham United in 1999.

Personal awards presumably have a dedicated trophy cabinet such is their volume, and these include being named FWA Player of the Year in 2005.

As a manager he is yet to pick up any silverware, losing both the FA Cup final and UEFA Super Cup at Chelsea and he may struggle to emulate past glories. Premier League betting odds however suggest his old team may be on the cusp of much more success.

Lampard has had a lucrative career away from football due to his writing skills. His autobiography Totally Frank was released in 2006, in which he talks honestly about his career so far, how he dealt with fame and fortune, and his varied international career.

In the best-selling tome he discusses both his teammates and managers and gives insight into the world of a top-class footballer, along with the prestige that comes with the territory.

While Lampard has been scathing of international managers, football odds suggest the future is bright for the Three Lions under Gareth Southgate though regrettably any success in a major tournament will come much too late for Lampard.

Lampard’s autobiography is not his only printed work. Amazingly he has also written 20 children’s books, that chronicle the adventures of a child named Frankie and his friends.

Unsurprisingly passionate about football, they discover a ball with magical powers that takes them to new worlds.