Free Hit FPL: Everything You Need To Know About FPL Free Hit Strategy 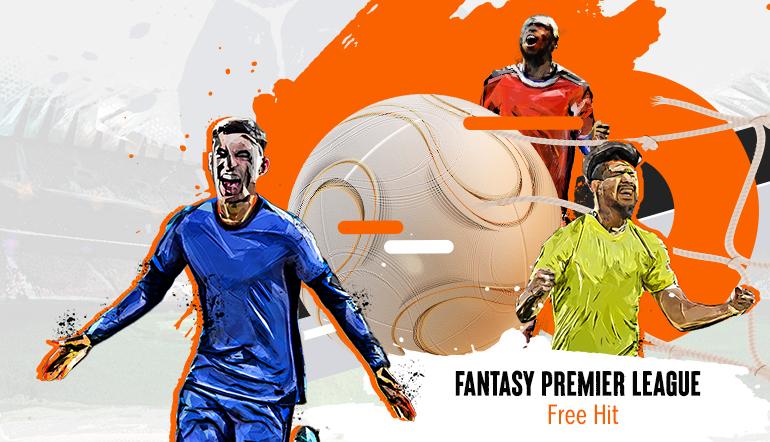 Fantasy Football is in essence a simple game where you pick fifteen real-life footballers to virtually represent you and receive points according to how they perform.

There are however, a number of limited use bonuses you can utilise during a season to increase your chances of success, one of which is the Free Hit chip.

A free hit in fantasy football is one of four chips available to managers, alongside the Wildcard, Bench Boost and Triple Captain.

The most recent chip introduced to the game, it can be extremely valuable and allows a manager to temporarily discard an under-performing squad or transfer in a whole squad they expect to score well in a Gameweek.

Managers can significantly boost their points tally that week and gain an advantage over league rivals, providing a lifeline to struggling managers and reinvigorating a struggling team.

Bonus chips were first introduced in 2016 as an incentive to disillusioned players.

They were designed to persuade managers not to abandon their team mid-season if they were not performing well, by presenting extra opportunities to turn things around.

The FPL Free Hit chip is available to use once a season and allows a manager to make unlimited transfers without penalties.

The chip differs from the Wildcard as the changes to players’ squads are only applied for a single Gameweek. After that the player’s squad returns to its original line up.

For example, if you use the Fantasy Football Free Hit chip for Gameweek 32, once that week passes you receive points for the new team as usual, but then your squad will revert to your Game 31 selection.

The chip cannot be reversed once you have confirmed changes, so choose carefully.

When you use the chip, you erase any carry over of free transfers from previous Gameweeks. Once you revert to your old selection, you will only be allowed the default one free transfer for that week.

Note that players cannot take advantage of any price changes that their Fantasy Football Free Hit squad may accrue. However, once they return to their original line up the following week, any price changes in the meantime will be applied.

When should I use the fantasy football wildcard?

The Free Hit Fantasy Premier League chip is all about targeting short-term gains. Therefore, its value is the opposite of how most transfers are done during the season.

As the scope to make transfers is normally limited, players look to bring in footballers who will make a difference over a sustained period of time.

After all, managers can only make one free transfer every Gameweek, and any further transfers will attract a four-point penalty.

The Free Hit chip allows Fantasy Football players to target those that have the potential to be successful over a specific Gameweek. Sourcing such players can give managers a crucial edge over their league rivals.

To fully benefit from this chip, it is vital that managers are very aware of a fluctuating fixture list that may have a blank Gameweek filled with rearranged games.

It’s also important to understand the consequences and opportunities provided by postponed games.

The chip can even be used to undo a mistake or two, as the free chip overrides any other changes made that week, such as the prior use of a free transfer.

This can be used to a player’s advantage as those that take a points hit when making changes to a squad can reverse the penalty by using the Free Hit instead, as it will wipe those previous transfers.

How To Play Free Hit

The Free Hit chip can be a powerful tool as a short-term alternative to the Wildcard when looking to improve a squad.

To use it during a season, visit the “Transfers” tab and make as many transfers as you want. Click “Make transfers” and then select “Play Free Hit”.

There are numerous situations where a Free Hit may be productive. Firstly, to fix a squad beset by injuries and suspensions.

Secondly, it can be effectively utilised for Gameweeks when many of the best teams are not playing (making it likely most of your squad won’t be either).

When some teams are not in action, players can use the chip to pick alternative players who not only have a game that week, but who appear to have favourable fixtures.

Double Gameweeks, where some teams have more than one game, are also a perfect time to use Free Hit chips. Stocking up on players who may play multiple games affords a great chance to win plenty of points and propel yourself up the league table.

For example, during the 2020/21 season, Manchester United had to play three games within a single Gameweek, presenting a rare opportunity for Fantasy Football managers.

Such weeks often pop up later in the season when rearranged games are played.

During the 2021/22 season, if Chelsea progress to the final of the Club World Cup in December 2021, they will have to rearrange two league games for later in the season. Domestic cup runs will cause similar postponements for some clubs.

A final tactic is to wait until the very last Gameweek of the season, and gamble on picking players whose clubs have a lot to play for.

An example might be to pick players who are competing for the Golden Boot, Golden Glove, or are playing for any team that needs league points.

What is Free Hit in FPL?

The Free Hit chip is one of the most powerful chips you can employ. It allows you to make as many changes to your team as you like, just like a Wildcard, without a points penalty.

However, with a Free Hit chip transfers are only valid for one Gameweek and can only be used once per season.

How to play free hit in fantasy football

Managers can use the chip at any point once the season gets underway. It is best suited to Gameweeks when certain clubs have multiple games to play and/or when managers’ squads are hit by injuries and suspensions.

Double Gameweeks, when some teams play more than one game, typically occur more in the second half of a season when postponed games are rearranged.