Gibraltar Open Snooker: Everything You Need To Know

Everything you need to know about the 2022 Gibraltar Open snooker tournament, including past winners, snooker tips & more... 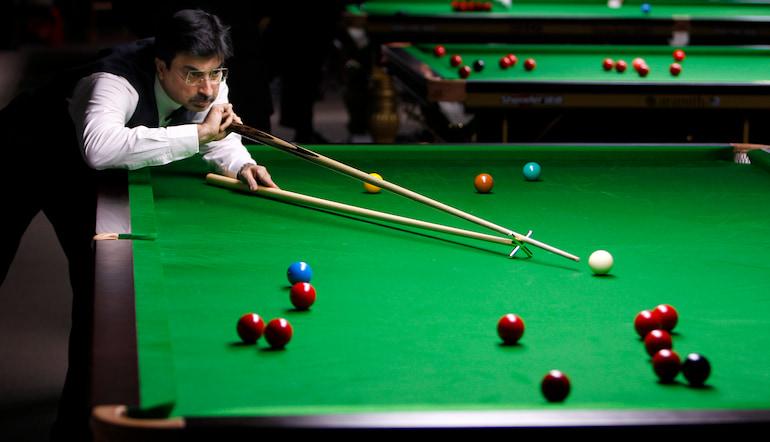 The Gibraltar Open is a relatively new event in the world of snooker. It might not carry the history and prestige of other tournaments, but it has been home to some of the biggest names in snooker betting.

Finding betting tips for the Gibraltar Open might be trickier than the couple of weeks at the World Championships.

First played just a few years ago, this event has already provided some excellent snooker, though the prize money is incomparable to the Triple Crown tournaments.

As of July 2021, Judd Trump is the most successful player in the Gibraltar Open’s short history with two titles. Trump was victorious in 2020 and 2021.

Read below for the history of the event, when it’s held, previous winners and more.

In recent memory, the Gibraltar Open is perhaps best known for the shock return of Stephen Hendry in 2021. Despite only being around for a few years, the tournament has also witnessed some moments of snooker history.

In March 2020, Judd Trump’s Gibraltar Open win made him the first player ever to win six ranking events in a single season.

Sports betting at the Gibraltar Open has been a tricky business. The quality of the field has varied, and the event jumping from minor ranking in 2015 to a proper ranking event two years later certainly helped to change the perception.

Marco Fu dominated Michael White 4-1 in the 2015 final. That wasn’t the most significant part of the competition, however, as Fu also recorded the 116th official maximum break in his last 64 match.

This success came just a few months before Fu won the Scottish Open, one of the best moments of his career. Fu opted not to defend his title in 2017. It was still a field with plenty of talent, even when Mark Selby fell in the last 32.

Trump found his way to his first final at the Gibraltar Open, but he was outplayed by Shaun Murphy. This was the seventh ranking title of the former world champion’s career.

Once again, the defending champion was unable to fight for his title in the following year. Injury issues kept Murphy away from the 2018 Gibraltar Open, leading to another first-time winner.

Ryan Day won just his second career ranking title, and the Welshman made it all the way to the final again in 2019.

Dreams of going back-to-back were not to be realised for Day. Stuart Bingham came from a set down with a string of excellent breaks to win 4-1.

This was the 11th ranking final of Bingham’s strong career, and the second time he’d met Day in a final of any type. The 2020s have belonged to Trump. Bingham fell in the third round in 2020 due to a surprise 4-0 defeat to Ben Woolaston.

Kyren Wilson and Trump were the best players throughout the competition, setting up what was an epic final.

Both played some exceptional snooker, taking it to a deciding frame, which Trump clinched for a record-breaking sixth ranking title of the season.

The 2021 tournament saw Hendry fall in the first round upon his return to professional snooker. After that, it was all about Trump, as he defended his title, dropping just three frames along the way.

Where is the Gibraltar Open held?

The Gibraltar Open takes place in Gibraltar, as the name suggests. It’s usually held at the Europa Point Sports Complex, to be precise.

The 2021 tournament took place at the start of March, between the 1st and 7th. Between 2018 and 2020, though, the Gibraltar Open was played a week or two later.

The 2017 event was again locked into the first week of the month, with the final being played on 5th March. Before the Gibraltar Open snooker event become a full ranking tournament, it was played in mid-December in 2015.

The prize fund for the first Gibraltar Open was around £100,000. Since becoming a ranking event, it has doubled, with the finalists taking home a combined £70,000.

The £50,000 for winning the event sits fairly alongside other ranking events. In 2019/20, the Riga Masters had a similar prize money setup. The Snooker Shoot Out has near-identical financial reward.

It, of course, cannot come close to more prestigious events. For instance, the World Grand Prix handed out £100,000 to the winner in 2019/20, and half a million is on offer for winning the World Championships.

The strength of the draw has varied from year-to-year at the Gibraltar Open. Snooker referees have overseen some of the sport’s best, with Mark Selby competing on numerous occasions, but Ronnie O’Sullivan has never participated.

It’s a short Gibraltar Open winners’ list, headlined by Marco Fu’s run in 2015. Judd Trump is the only player to win it more than once, and his triumph in 2021 is the most impressive run of snooker the event has seen.

Trump has also been a runner-up. Ryan Day is the only other player to appear in the final on multiple occasions – Day in 2018 and lost to Stuart Bingham in the 2019 final.