The Top 10 English Golfers Of All-Time

Our sports writer looks at the top 10 English golfers of all-time but do you agree with his picks? 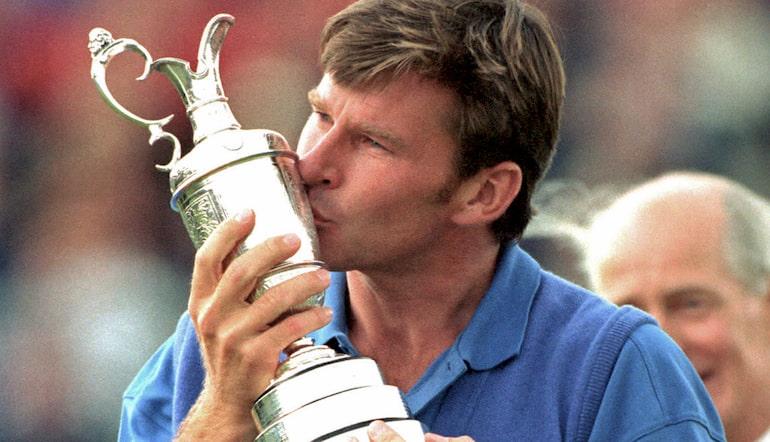 Golf is one of the most popular sports on the planet, with players from all over the world competing at the highest level. From the drama of the Ryder Cup to the ups and downs of the US Open, golf entertains millions of fans every year.

The golf calendar has been impacted somewhat by the coronavirus outbreak this year, with the US Masters and The Open Championship both postponed until a later date. All being well, we could see both events take place before the end of August.

For now, fans can get their golf betting and news fix on our 888sport blog. Here, we look at the 10 greatest English golfers of all-time but do you agree with our selections? It’s hard to argue against a few but some may be fortunate to make the cut…

Donald was ranked as the best player in the world for over a year back in 2011 but, like Lee Westwood, a first major title eluded the Englishman. Unfortunately for Donald, he could only manage two third-placed finishes at major tournaments.

However, 2011 was still an incredible year for Donald. He became the first Englishman to win the coveted PGA Tour Player of the Year award, the Vardon Trophy and most weeks ranked as the number one player in the world during a calendar year.

With two major wins to his name, Jacklin is a shoo-in for this list. In addition, he made seven Ryder Cup appearances and captained Team Europe on four separation occasions – a unique feat given the standard of competition in golf at that time.

He was inducted into the World Golf Hall of Fame back in 2002 and most golf news sites rank Jacklin as one of the greatest English golfers of all-time. In addition, he claimed eight European Tour titles, as well as four PGA Tour triumphs.

Of the modern players, Rose has probably enjoyed the most success. He claimed his first major success at the US Open in 2013 and hasn’t looked back. Rose consistently finishes in the top 10 of tournaments and could have more major titles to his name.

He has been a thorn in the side of Team USA at the Ryder Cup and the Englishman clinched the gold medal at the 2016 Olympic Games in Rio de Janeiro. Without a doubt, Rose is well worth his spot on this list.

Arguably the best player never to win one of golf’s four major events, Westwood is one of the most popular golfers around. In October 2010, Westwood became the world number one – the first golfer to do that since Nick Faldo in 1994.

He has won tournaments across five continents but has had to settled for second or third on six occasions at major events. Meanwhile, Westwood has helped Team Europe win the Ryder Cup on seven occasions, claiming 23 points in 44 matches.

One of the finest amateur players on the planet during his day, Hilton gained recognition whilst playing at the Royal Liverpool Golf Club. He won four Amateur Championships in his career while claiming two Open Championship wins in 1892 and 1897.

Following on from his successful playing career, Hilton was named as the first editor of Golf Monthly – now the world’s oldest golf magazine. Despite his amateur status, it would be unfair to play down his position as one of England’s greatest golfers.

Known by some as ‘Long Jim’, Barnes was a key figure during the post-World War One era. He moved to the United States at just 20 years old but that decision was the making of him, with Barnes going on to win an astonishing 21 PGA Tour titles.

To this day, he is the only Englishman to win three different majors. Barnes won the PGA Championship in 1916 and 1919, the US Open in 2921 and the Open Championship in 1925. He is a true golfing icon and his record speaks for itself.

A lot of golf fans know Cotton for his commentary but it was his exploits on the course that initially enhanced his reputation. A three-time Open Championship winner, Cotton was consistently strong on home soil – though he did struggle on the other side of the Atlantic Ocean.

Cotton won 37 professional competitions during his playing career and he earned a place in the World Golf Hall of Game in 1980. He is a legend of the sport and Cotton was rewarded with a knighthood in the 1988 New Year’s Honours.

Without a doubt, Davies is one of the greatest female golfers of all-time. With an incredible 87 professional titles to her name, she was the dominant force of her era and she leads the way on the all-time Ladies European Tour with 45 wins.

Like many others on this list, she was inducted into the World Golf Hall of Fame in 2015. Her greatest ever achievement could be becoming the first golfer, male or female, to win tournaments on five different continents during the same calendar year.

Taylor’s list of achievements is something else. He won five Open Championships during his career while also finishing as runner up on six occasions. J.H. Taylor had a tough upbringing but living with amateur golfer Horace Hutchinson offered him a way into the sport.

During his illustrious playing career, Taylor won an impressive 18 professional titles. In 1933, he captained Great Britain to Ryder Cup glory in front of a jubilant crowd at Southport and Ainsdale – he was a golfer playing well in advance of his era.

Look at any list of English golfers and chances are Faldo will be safe and secure in top spot. With 12 European Tour titles, three PGA Tour crowns, six major championships and 97 weeks ranked as number one in the world, Faldo is the greatest English golfer of all-time.

He was fortunate enough to play on 11 Ryder Cup teams, earning a record 25 points for Team Europe. Meanwhile, he was elected to the World Golf Hall of Fame in 1997 before receiving a knighthood for his services to golf and sport in 2009.