Who is the highest paid coach in the NBA? Join our NBA expert tipster as he looks at the 10 best earning NBA coaches... 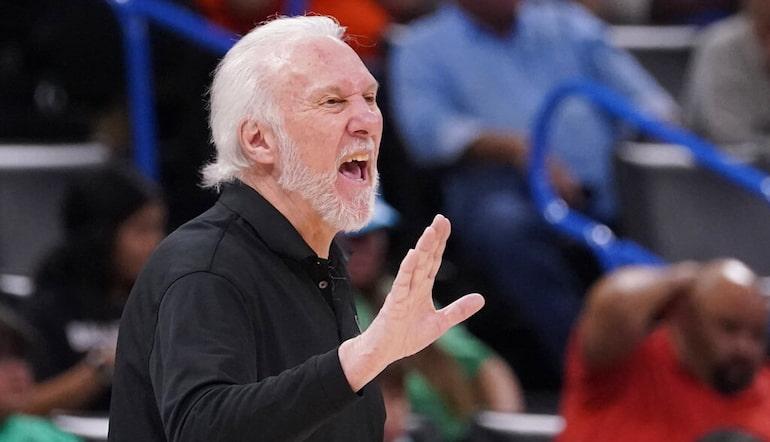 Where player salaries are reported openly in the NBA, the highest paid coaches are not covered publicly in the same way.

For the most part, though, it’s easy enough to guess which coaches earn the most money.

They aren’t always leading the teams at the top of NBA odds, but they have experience and often a lot of postseason success.

While they don’t come close to the max contract salaries, the top NBA coaches are able to swing a game.

Their involvement with scheme, rotations and timeouts is a factor to be aware of when making your betting decisions.

Some reports of NBA head coach salaries have conflicting figures.

For the most part, though, the highest paid coaches in the league are agreed upon, even if some sites aren’t on the same page in the exact numbers.

The coach of the defending champion Milwaukee Bucks, Mike Budenholzer has walked a tightrope at times.

A loss to the Nets or Hawks in the 2021 playoffs was likely the end of Budenholzer. Milwaukee pulled through in dramatic fashion, though, winning their first title in half a century.

Budenholzer was long criticised for a lack of adjustments. He made vital tweaks in the postseason, securing his job in Milwaukee for the foreseeable future.

A student of Gregg Popovich and former head coach of the Hawks, Budenholzer has twice been named Coach of the Year and won four titles as an assistant in San Antonio.

Billy Donovan coached Florida for almost two decades before moving to the NBA with the Oklahoma City Thunder.

Donovan had to cope with Kevin Durant’s departure, guiding the Thunder to improbably high seedings on the back of Russell Westbrook’s MVP-level play.

With OKC rebuilding, Donovan departed for the Bulls in 2020.

He’s once again overseeing a contender with Chicago starring in NBA predictions in 2021-22 after landing Nikola Vucevic, DeMar DeRozan, Alex Caruso and Lonzo Ball over the last 12 months.

The man who brought Cleveland their first NBA title, Ty Lue found harmony on and off the court with the big three of LeBron James, Kevin Love and Kyrie Irving.

Lue turned down coaching James a second time, instead taking over as Doc Rivers’ assistant at the Clippers.

He succeeded Rivers after the Clips blew a 3-1 lead to the Denver Nuggets in the Orlando bubble.

Dwane Casey was Coach of the Year at the Raptors, but that wasn’t enough to keep his job. He was always going to be a man in demand, and Detroit hired Casey soon after.

When chaos at the Mavericks and a shaky relationship with Luka Doncic ended Rick Carlisle’s time in Texas, it was inevitable he would land another job soon after if he wanted it.

Carlisle is one of the best coaches in the league, and the Pacers were lucky enough to hire him after the Nate Bjorkgren calamity.

Benefiting from one of the best NBA draft classes with Luka Doncic, Carlisle looks to have another talented rookie on his hands in Chris Duarte to accompany a solid veteran core.

Nick Nurse’s journey to NBA champion is a remarkable story.

From the Birmingham Bullets, Manchester Giants and Brighton Bears in the 1990s and noughties, Nurse honed his skills in Europe before earning the gig as a Raptors assistant in 2013.

He spent five years in the role. A promotion to head coach in 2018 was ideal timing with Toronto acquiring Kawhi Leonard.

Nurse guided Toronto to their first NBA title in 2019 and followed it up with Coach of the Year in 2020.

The sheer talent at Steve Kerr’s disposal has seen him become underrated as a coach.

Kerr unlocked the Splash Brothers, he found the perfect role for Draymond Green to flourish, and he has been the driving force of some of the most aesthetically pleasing basketball teams of all-time.

It’s a short list of head coaches with more than Kerr’s three rings. His legacy as a coach will age gracefully. 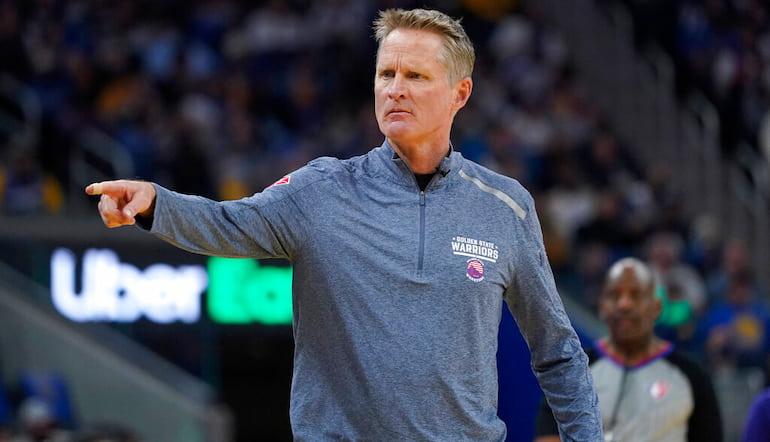 Eyebrows were raised when the Nets hired Steve Nash with no experience. A former MVP, Nash was a choice of their star players, and he’s been surrounded by a wealth of NBA knowledge.

Nash has had to deal with a lot. There were injuries throughout his first season in charge, and the roster experienced major turnover.

More recently, the Kyrie Irving situation has provided a challenge. Anything less than a championship will be a disappointment for Nash’s Brooklyn stint.

Sitting 10th all-time in regular season wins as a head coach, Doc Rivers was hired by the Philadelphia 76ers soon after Rivers’ Clippers endured one of the worst playoff collapses ever.

Rivers might be a champion, but many are sceptical about him as a postseason coach.

Guiding the Sixers to the top seed in his first year in charge showed what he can bring to a team, though. Only time will tell if Philly nailed the appointment.

If you’re an official, you’ll often have to earn your NBA referee salary when you’re in charge of a game featuring Gregg Popovich’s San Antonio Spurs.

Popovich has coached the third-most wins in NBA history despite sitting seventh in total games. Only two coaches can better his tally of five titles.

With a coaching tree that’s led to even more titles and with a widespread influence on how the game is played, Popovich being a three-time Coach of the Year only tells a small percentage of the story.

He has led the way, moulding Hall of Fame careers and keeping a small-market team relentlessly competitive. The league will feel his impact for decades to come.