Who is the best NBA head coach of all-time? Our basketball betting expert picks his top 10 greatest NBA coaches in history 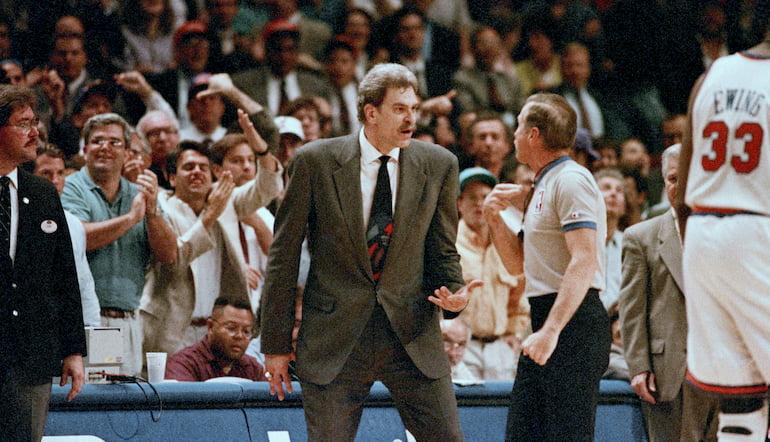 The greatest coaches in NBA history must tick numerous boxes to feature in the best NBA coach of all time conversation.

There must be team success, they must remain at the top for a long time, and more often than not, there’s a fair bit of innovation involved, either from an X’s and O’s standpoint or as a motivator.

These ten all-time coaches will be familiar names to those who bet on basketball regularly. They are iconic names, people who changed the way the sport is paved and led dynasties.

Narrowing it down to 10 names wasn’t straight forward. There are great coaches who haven’t won championships, and several who have a ring but perhaps don’t warrant a spot on this list.

Without a shadow of a doubt, this is certainly a tougher debate than the greatest NBA players discussion...

Not many people are in the Hall of Fame as a player and coach. Lenny Wilkens is one of a few, and he’s in for a third time as the assistant of the 1992 Dream Team.

An early player-coach with the Supersonics and Trail Blazers, Wilkens had a short break after retiring as a player before taking over again in Seattle.

The nine-time All-Star led the Sonics to their first (and only) NBA title in 1979, defeating the Washington Bullets 12 months after losing to the same opponent in the Finals.

Wilkens remained in Seattle for several years after before stints with Cleveland, Atlanta, Toronto and New York, winning NBA Coach of the Year in 1994.

A two-time All-Star as a player, Jerry Sloan surpassed his on-court exploits as a coach.

Starting off with the Bulls, Sloan took over as head coach of the Utah Jazz in 1988 and led the team to 15 consecutive playoff appearances. He’s one of two coaches to win 1,000 games with one franchise.

Sloan was a feisty character, his confrontational nature meant he didn’t work well with every player, but armed with John Stockton and Karl Malone, there’s no question he got the most of the talent at his disposal.

Unfortunately, there was no title in his phenomenal coaching career – the closest he came was two Finals losses to Michael Jordan’s Chicago Bulls.

The Miami Heat proved to be a brilliant 888 betting option in the NBA’s Orlando bubble.

Maybe it’s premature to put him top 10, but he’ll certainly warrant his place once he retires.

It says a lot when a coach has their play style nicknamed. ‘Nellie Ball’, as it became known, was run-and-gun basketball.

Fast-paced play was one thing, but Nelson also devised the concept of a point forward, a role that is used throughout basketball to this day.

He made the Bucks one of the league’s premier teams in the 1980s, twice winning Coach of the Year during his tenure. A spell with the Warriors followed before a brief stint with the Knicks.

Nelson then transformed the Dallas Mavericks from long-time losers to title contenders, playing a pivotal role in the development of Dirk Nowitzki.

An all-time great coaching career was rounded out by a second period with Golden State, which featured one of the great playoff upsets when the eight-seed Warriors toppled the top seed Mavericks in 2007.

Steve Kerr has only been a head coach for a few years, but what a few years they have been.

The emphasis on ball movement, the use of Draymond Green as a playmaker on offence and a centre on defence, made the Warriors beautiful to watch as well as effective.

Steph Curry and Klay Thompson have gone from talented college players to the greatest backcourt in league history under Kerr’s guidance.

He navigated some challenging man management issues during Kevin Durant’s time, and has built a brilliant relationship with his players. The Warriors dynasty doesn’t happen without Kerr. Who knows, there might be more titles to come.

Chuck Daly is best known for being the head coach of the Bay Boy Pistons, the team that bullied Michael Jordan and won back-to-back NBA titles in 1989 and 1990.

They were the Eastern Conference’s dominant force in that period, losing the NBA Finals in 1988 and falling in the Conference Finals in 1987 and 1991.

He made Bill Laimbeer and Dennis Rodman key players despite having been unwanted by many other NBA teams, creating one of the great defensive teams in league history.

A useful role player in the 1960s and 70s with the San Diego Rockets, Lakers and Suns, Pat Riley quickly transitioned to coaching.

He moved from assistant to head coach with the Lakers, ushering in the Showtime era, and leading the team to four championships.

Always a style icon on bench, Riley became a celebrity in his own right, an image befitting of the Showtime Lakers. He showed versatility in the 1990s, however, coaching more physical, grittier teams with the Knicks and Heat.

After a couple of years off, he returned to the Heat in the mid-noughties and led the team to its first title in 2006.

It was just the nine rings for Red Auerbach as a coach. He won plenty more as an executive with the Boston Celtics, having built one of the greatest ever NBA dynasties in basketball history.

Auerbach’s trademark victory cigar is as well-known as any NBA tradition.

Sure, he worked with superior talent for much of his coaching tenure, but he thought outside the box too, using a sixth man and encouraging his teams to snatch easy points in fast break situations.

The Gregg Popovich coaching tree has sprawled through the NBA over the last couple of decades. Popovich has been the San Antonio Spurs head coach since 1996, collecting five rings and witnessing some of the best NBA slam dunks along the way.

Culture is an overused word in NBA discussion, but there’s no better description of what Popovich has developed in San Antonio.

The importance of the collective, working for the team over individual accolades, is what has made the Spurs have such sustained success.

Phil Jackson’s teams were perennial NBA betting favourites, and deservedly so. Some of that was the roster, but plenty was down to Jackson’s basketball philosophy and his ability to connect with superstar players.

Younger fans will remember Jackson’s dodgy spell in the Knicks’ front office, but there’s no question he’s the greatest NBA coach of all-time.

His tally of 11 rings is 20 seasons is the best ever, and he owns the best winning percentage of anyone to have coached over 1,000 games.